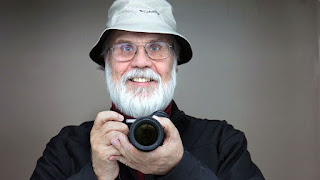 Jon Wilkman is the author of the new book Floodpath: The Deadliest Man-Made Disaster of 20th-Century America and the Making of Modern Los Angeles. It examines the St. Francis Dam disaster of 1928. He also wrote the books Picturing Los Angeles and Los Angeles: A Pictorial Celebration with his late wife, Nancy Wilkman. A documentary filmmaker, he served as president of the International Documentary Association.
Q: You write, “Despite the scale and horror of what happened that 1928 morning, today few have heard of the St. Francis Dam disaster, and, as I learned, those who have often get the story wrong.” Why is that?
A: …[T]he St. Francis Dam disaster, despite the scale and significance of the catastrophe, is missing from American history books. At the time, certainly the City of Los Angeles wasn’t eager to preserve the memory of a tragedy that took close to 500 lives and created tens of millions of dollars of damage.
But as I discovered during research with my late wife, Nancy, the missing history of the St. Francis Dam is more than a simple cover up.  Part of the answer involves how history is gathered and written. It’s not just a collection of facts, dates and biographies. It’s a constructed narrative.
Traditionally, the American narrative has been written from an East Coast point of view. Even today, New York and Washington D.C. news anchors direct us to stories “out west,” leaving me wonder, where is “in”?
This myopic attitude is beginning to change, and I hope this book with add to this expanded vision of America’s past, but for a long time, the past of L.A. was summed up as the saga of Hollywood. The complexity and significance of the city’s past was too often oversimplified by stereotypes of celebrities and fun in the sun.
As for the tragedy of the St. Francis Dam, during the late ‘20s it wasn’t long before journalists had more pressing news – the beginning of the Great Depression and events that led to World War II. 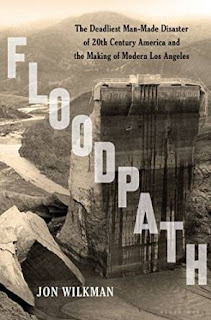 Finally, civil engineers were more interested in building the future than focusing on the past. In 1928, work on the concrete arch Hoover Dam was about to begin and the failure of similar publically-funded project could hinder or stop ambitious plans for the giant hydroelectric projects that would transform America in the 1930s and ‘40s.
As a result of all this, the St. Francis Dam tragedy was quickly left behind as the American narrative moved on.
Q: In the book, you write that William Mulholland’s “determined—some said ruthless—leadership and hands-on engineering skills allowed Los Angeles to rise from isolated insignificance to international prominence.” What was his role in transforming the city?
A: Mulholland, or “the Chief,” as he was commonly called, is a fascinating, larger-than-life character. He’s the kind of tough self-made man American legend-builders love -- a guy who started as a ditch-digger, mostly taught himself engineering, and in 1913 completed the Owens Valley Aqueduct, the longest in the world – a feat that made modern Los Angeles possible. The Chief also was responsible for the building of the St. Francis Dam.
During his nearly 50-year career, he was lauded as a hero, but also vilified by enemies, some of whom were willing to resort to dynamite to undo what he’d accomplished. In the end, Mulholland was victim of his own success, ego, and a technological rush to the future that is very American.
Q. How did you research this book, and what surprised you most in the course of your research? 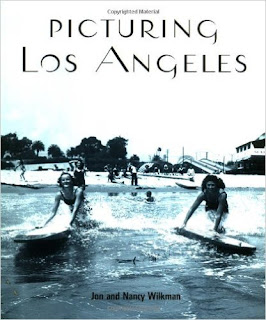 A. When I learned of the St. Francis Dam failure in the 1980s, as a filmmaker my first thought was to turn the story into a documentary. Over the years, other projects regularly got in the way, but in 1995 I started to videotape interviews with survivors and eyewitnesses.
I realized that time was running out if I was going to have the first-person memories I needed to bring the tragedy to life. Today, all these survivors are dead, but their words play a vital role in Floodpath. Issues of engineering are important, but the heart of this book is people. Their words drive much of the drama of this story.
In between other films and book projects, I assembled an 18-minute “preview” of the documentary I envisioned, but I was determined to create vivid images to re-enact the drama of my interviews. That meant photo-realistic 3-D computer animation, a very expensive proposition.
Again, other projects intervened, including a seven-part history of American movies, but when my wife Nancy died in 2012, I decided the time had come share what I’d learned about the St. Francis Dam. The result was Floodpath.
As for surprises, perhaps the most pleasant were unexpected resonances with the present – especially how shifting demographics can encourage us to rewrite the historical narrative. 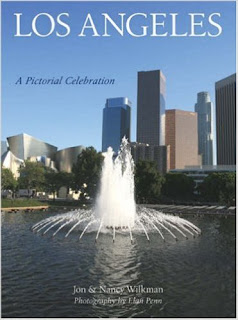 Among the victims hardest hit by the St. Francis flood were Mexican-American agricultural workers, but their stories were often overlooked or ignored. Today, with growing Latino political, economic and cultural influences, our need to appreciate and understand Mexican-American stories is increasingly important.
I’m not the only one who thinks that, like the forgotten St. Francis Dam disaster, Latino history deserves more prominence in the American historical narrative, especially as a way to better understand the present and build a better future.
Q. What is the legacy of the 1928 disaster today?
A. In order to appreciate the legacy and timeliness of this story, I like to point out that a recent report by the American Society of Civil Engineers gave the state of dam infrastructure in the United States a grade of D+.  4,400 dams were judged susceptible to failure and only 66 percent of 14,000 high hazard dams have an emergency action plan.
In 1928, the St. Francis Dam disaster brought new awareness of the vital importance of dam safety, which led to new laws in the United States, and even in other countries, that have benefited us ever since.
Even so, issues concerning America’s infrastructure have been mostly ignored. In an era of climate change, we face serious questions about the storage and distribution of often diminishing water resources. I think the story of the St. Francis Dam is an urgent reminder of this.
Q. What are you working on now?
A.  Along with a couple of book ideas with connections to Los Angeles, I’m particularly excited by a documentary I’ve just begun exploring about the response of the Hollywood movie business to the rise of Hitler in the 1930s.
In the process, I’ve discovered another untold Los Angeles story that’s a real eye-opener--the inside view of a long-hidden Hollywood-based counterattack against the rise of Nazism in Germany and the United States.
And of course, there’s still that documentary about the St. Francis Dam that needs to get funded and completed. That’s what I love about being a nonfiction writer and documentarian.  There’s always that next untold story to tell.
Q: Anything else we should know?
A: I grew up in a Los Angeles suburb in the San Fernando Valley. Like every kid, probably still today, the only local history I learned was in the 4th grade. It was Spanish missions and the Gold Rush.
America’s culture and past were considered mostly in the East, so I headed there right after high school. In 1978, when I returned from four years of college in the Midwest and 14 years in New York City, I rediscovered my home town, and was surprised and intrigued by L.A.’s unappreciated past.
One of the first stories I encountered was the St. Francis Dam disaster. If the tragedy is known at all, it’s as the fictional Vanderlip Dam, in the movie Chinatown, a reason city engineer Hollis Mulwary is murdered.
As a documentary filmmaker, I love movies, but I’m even more attracted to true stories, especially when they’re hidden. With overlooked or ignored social and political history, first-person life-and-death struggles to survive, and courtroom drama and a technological detective investigation, to me the St. Francis Dam disaster was a hell of a story that demanded to be told.
--Interview with Deborah Kalb
Posted by Deborah Kalb at 7:12 AM