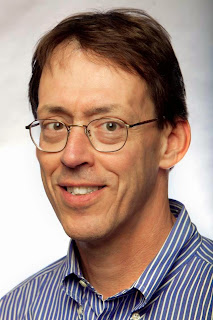 Peter Slevin is the author of the new book Michelle Obama: A Life. A former Washington Post reporter, he teaches at Northwestern University's Medill School of Journalism. He lives in Evanston, Illinois.

Q: Why did you decide to write a biography of Michelle Obama?

A: There were two things I wanted to do: first, to write about her remarkable trajectory from the South Side of Chicago, a working-class household, all the way to Princeton, Harvard, and the White House.

The second was to tell her story against the backdrop in which she lived—the first generation of African Americans who came of age after the Civil Rights movement—to chart what changed and what remained.

Q: How did you research the book, and did you talk to Michelle Obama?

I talked to relatives of hers and the president’s; mentors from her professional life in Chicago; Princeton and Harvard friends, classmates and professors; White House staff members and former staff members.

I had the luxury of time. I read hundreds of thousands of words Michelle Obama had spoken.

Q: Did anything you came across in your research change your impression of her?

A: Many things deepened my impression of her. The self-doubt she’s had in her life and her willingness to talk about it—times in a majority-white environment, times on the campaign trail when she wondered if she could get it all done. Speaking at Maya Angelou’s memorial service, she described herself feeling lonely in Ivy League classrooms, and on the campaign trail where her very womanhood was challenged. 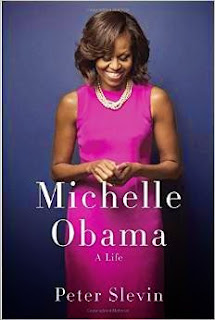 Q: Do you know if the Obama family has read the book, and if so, what they think about it?

A: I would love to know what they think, but I don’t know. I sent copies!

Q: Michelle Obama is often in the news, but her recent graduation speech at Tuskegee University got a lot of attention. What is your impression of what she said, and why do you think it got the attention it did?

A: Michelle Obama gave a speech that was very true to herself and her experience. In the speech, she pulled together many threads of her life and her previous remarks. There was nothing really new, but she pulled it together.

It reflected a message she’s giving—that she believes the deck is stacked. She put herself in the story to show young African Americans that this is not new, it’s not unfamiliar, and they should not let it stop them. She’s been saying this for many years but sometimes people focus on nutrition or fashion and don’t always pay attention to the deeper story.

The reaction speaks to a polarized country. Many would say, What’s so exceptional about what she’s saying? It’s not a polemic. It shows how quickly critics are prepared to pounce.

Q: What will Michelle Obama’s legacy be once she leaves the White House?

A: My guess is that her legacy will have two broad themes. One is how she delivered her message, the way she mastered the marketing of her message—using humor, being very physical, hula hoops on the White House lawn, skits on late night television—and the way she would sometimes avoid the mainstream news media in favor of specific audiences she wanted to reach.

The other part is her message that we are living in a grossly unequal society where too many people, not just people of color…simply do not have the opportunity they should have. Her message is tied to policies she’s worked on connected to childhood obesity and the lack of equality in educational opportunity.

Q: She’ll still be only in her early 50s when the Obamas leave the White House. What do you think she’ll do?

A: She’ll only be 53; she’ll turn 53 three days before. She’s said she will continue to work on education policy…She will continue to be a mentor; she has always been a mentor. She’ll need to decide how deeply she wants to speak out on issues she cares about. It’s an open question.

A: I love the characters in the book. The characters beyond Michelle Obama were so influential in her life—her family…her friends. It was fascinating to explore the constellations of her relationships. It was important to me that these characters be fully formed.

The reviewers haven’t noticed this too much, but there’s a lot about Barack Obama that’s pretty fresh [too].