James Reston, Jr., is the author of the new book Luther's Fortress: Martin Luther and His Reformation Under Siege. His many other books include Warriors of God and Defenders of the Faith. He is a senior scholar at the Woodrow Wilson International Center for Scholars, and he lives in Chevy Chase, Maryland.

Q: Why did you choose to focus on this one particular part of Martin Luther’s life, centering on 1521, in your new book?

A: This was the most intense, passionate, most internal part of the whole Martin Luther story. The literature about Martin Luther tends to be dense and turgid, if you look at his whole life—a lot has to do with disputes over fine points of theology. People’s eyes can glaze over.

Here is a slice of his incredible life. He has a sword hanging over him—excommunication by the Church, [condemnation] by the secular government, [the possibility of being] burned at the stake…it will concentrate anybody’s mind…He was a hugely dangerous figure to the Church at this point.

For an author to focus on a period of the most intense danger when a figure is all alone, beset by demons, tormented by worries about his Reformation, seemed to be an extremely exciting way to get into the life of Martin Luther without losing the reader…

Q: You include so many details in the book—how did you conduct your research?

A: Certainly at the beginning of considering the subject I had to see what the material was. If he was stuck in a castle for 10 months, what did he do? Was he twiddling his thumbs? It generated a trove of letters that was amazing—all the doubts, fears, demons are out there in the letters he writes in solitude.

About 55 volumes of Luther’s work has been translated…but I think I’m the first one who really focuses on this particular fruitful period of letter-writing. 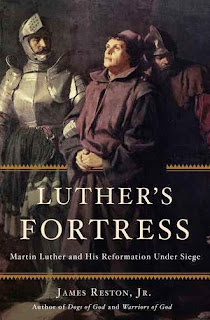 Q: And was there anything in your research that especially surprised you?

A: Here he’s forced to be away as he was worried he was going to be seized at any moment. His movement was very much in doubt.

The way he looks into his soul—at such things as his own sexuality—that is a tremendously relevant theme to today. He comes out concluding that celibacy is the work of the devil, and leads to perversions for priests.

All of that required solitude, for that to be deeply considered within one’s own person. It was not only surprising to me but thrilling, in the sense that it could be chronicled; there’s no other period of Luther’s life with [such] internal [self-reflection].

Q: During the period you write about, how did Luther’s religious views compare with those of Henry VIII?

A: This is a very important point to me. In this country, the conventional wisdom is that Protestantism starts with Henry VIII. It doesn’t at all. Henry VIII’s “Protestantism” is very arrogant, having mostly to do with his marriages and concerns about succession, and his attitude toward women.

In the case of Martin Luther, this 10 months truly is the birth of Protestantism—that’s far more authentic than Henry VIII’s Protestantism. It pleased me immensely—Henry VIII sets out to defend Catholicism and defend marriage [in this period]. There’s a huge irony that Henry VIII contributes wonderfully to this 10-month period. It cuts against the standard understanding of Henry VIII in this country.

Q: You mentioned celibacy as an issue that’s relevant today. What are some other issues you came across that you think are also relevant to today?

A: I am very much a product of the 1960s. I came of age in the Civil Rights era. I am very interested in social movements. The fragility of Luther’s Reformation had great resonance for me, for the civil rights struggle of the 1960s. 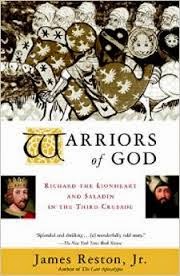 Luther could so easily have been a footnote in history. He could have gone crazy in captivity; he was beset by terrible demons and terrible self-doubt. His movement in Wittenberg was being overtaken by other radical forces and it could have flamed out….So in terms of political organizing and reformist confrontational movements—it’s very relevant in that sense.

This is one of the great rebels of human history. I talk about this book and [people] say, You’re writing about the civil rights leader? I say absolutely not—but there is a connection that’s very nice there.

Q: Almost 500 years later, what do you think is Luther’s most important legacy today? 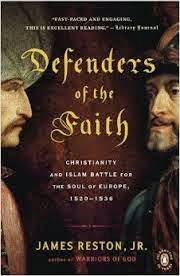 A: We’re coming up to the 500th anniversary of the 95 Theses in 2017. It’s amazing what’s being planned for the 500th anniversary. The town of Wittenberg, where I did some research--over 100 million Euros [are going ] to refurbishing the town. There will be celebrations all over Germany in 2017.

It’s also relevant to what the Catholic Church did in 2000…the Roman Catholic Church engaged in historical purification; they looked into the dark aspects of history, including the Galileo case, which I had written about.

The Lutheran Church is doing something similar, focusing on different aspects. [One issue is] the way in which Martin Luther’s life related to Nazism. I address that question in the book—the way Martin Luther was used by the Nazis to advance its ideology.

The Lutheran Church is very open about that, about the anti-Semitism of Luther at the end of his life. It’s going to be quite interesting in Germany in particular, the ways in which they celebrate a great life and the establishment of Protestantism at the same time as they are very open that this was not a perfect person, nor were his theology and attitudes perfect…

A: I’m really just in the investigating period. I got a story second hand from an old editor of mine at Harper & Row who was close to E.L. Doctorow. He said he always starts on a new book before the old one is published—it’s good insulation if you’re already engaged in something else and the dream doesn’t match the reality with the reviews!

I’ve become quite interested in the theater…I’m going to do another play in June. It comes out of my work on General Sherman.