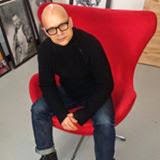 Kevin Sessums is the author of the new memoir I Left It On the Mountain. His other work includes the memoir Mississippi Sissy. He is the editor in chief of FourTwoNine magazine and dot429.com, and was a contributing writer for Vanity Fair, Allure, and Parade. He lives in San Francisco.

Q: This is your second memoir. Was your writing process similar this time, and did writing this memoir evoke similar emotions for you?

A: These are very different memoirs. The first one was more novelistic in its way because I had such distance from that child and that teenager that they became rather like characters in my own story.

What is it that Marianne Moore said about poetry - imaginary gardens with real toads in them. That memoir was the reverse - a real garden with imaginary toads. I was the toad. That memoir was my kiss upon my own head. I didn't become a prince. But I did cease to be a toad by telling my story. I became the author of it. 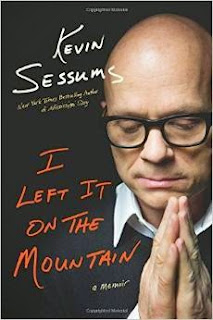 This new memoir was a way to save my life. I looked around while I was still an active addict and realized that the only way I was going to save myself was to be my truest self and that was writer. I am a writer even before I am an addict. So I wrote the narrative of becoming sober and became it.

There is a saying in the 12-step program to which I belong and that if you have to, then act "as if." So much of writing this new memoir was writing "as if" until "as if" became the truth.

Q: Much of this book focuses on your struggles with drug use and your eventual sobriety. What finally caused you to get sober and stay sober?

Q: You’ve worked in celebrity journalism for many years. What do you see as the biggest changes in the field, and are there ways in which it’s remained the same?

A: We once spent a lot of time with a subject in order to write a piece about them. My cover stories in Vanity Fair were sometimes five to six thousand words. A real narrative could be shaped. Now you're lucky to be assigned 1,500 words and to get an hour with someone between a bowel movement and a Botox injection.

I think social media has helped morph this part of the media. Celebrity is no longer celebrated with a five thousand cover story in Vanity Fair. It's attained now on Facebook or Youtube or calling yourself a "housewife" and living in a designated city.

Q: Your book’s title also appears in a chapter in the book about climbing Mt. Kilimanjaro. What does the title signify for you, and why did you choose it? 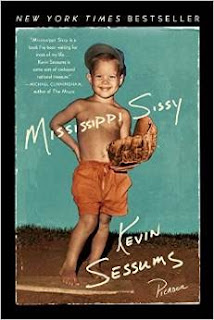 A: I don't want to give away what I left on the mountain. I think readers should discover that for themselves. I hope everyone goes and finds their own mountains to climb and if they leave something of their own there, that's what is important - not what I left there finally. With a memoir, I think what is important finally is not the life that is written about but that it inspire the reader to think about his or her own life.

A: I am beginning to write a theatrical version of Mississippi Sissy for New York Theatre Workshop. I plan to be in it at this point. Stay tuned.