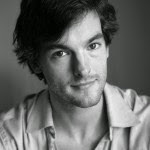 Henry Hemming is the author of the new book The Ingenious Mr. Pyke: Inventor, Fugitive, Spy. He has written four other books, including Misadventure in the Middle East and In Search of the English Eccentric. His work has appeared in a variety of publications, including The Sunday Times and the Daily Telegraph. He lives in London.

Q: How did you learn about Geoffrey Pyke, and why did you decide to write a book about him?

A: It was while researching an earlier book, one about English eccentrics, that I first came across Pyke. I was intrigued - by the way he saw the world as much as anything else. I went on to read the bestselling book he wrote aged 21 and then looked up a short biography of him from the 1950s. 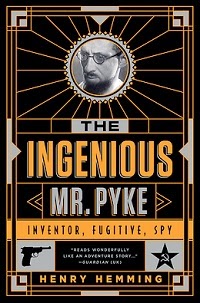 What drew me in was not just the way his mind worked - ingenious and fascinating if at times self-destructive - but a reference at the very end of this biography to a stash of personal papers Pyke had left behind, many of them still untouched.

Just as I gained access to these, by a wonderful coincidence, the British Security Service, MI5, decided to release most of their material on Pyke. According to this, during World War II Pyke may have been a senior Comintern official reporting to Moscow codenamed Professor P. From that moment, I was hooked.

Q: What exactly was Pyke’s role during World War II, and what were his attitudes toward the Soviet Union during the 1930s and ‘40s?

A: During the war Pyke was taken on as Director of Programmes in Combined Operations by the swashbuckling Lord Louis Mountbatten, grandson of Queen Victoria. Pyke's appointment to Combined Operations was later described as one of the most unusual of the entire war. MI5 certainly agreed with this. 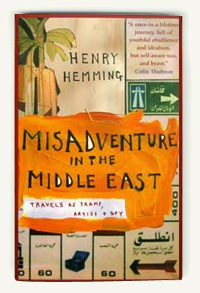 As for Pyke's attitude towards the Soviet Union, I don't want to give away too much about what he was up to, suffice to say that from about 1933 he declared himself to be a devout anti-Fascist and we know that he devoted most of the rest of his life to defeating Fascism.

Q: What was Pyke’s relationship to Judaism?

A: Complex. Growing up, he associated Judaism with his mother's deeply conservative approach to the world, that and the terrible bullying he experienced at a traditional English boarding school where his mother had insisted that he be treated by staff as the school's only observant Jew. I'd say there was also a part of him that loathed the idea of being hemmed in by any inherited identities.

But later on in life he embraced the Jewish part of his cultural background without ever becoming religiously observant. He was, as the joke goes, not so much a Jew as Jew-ish. 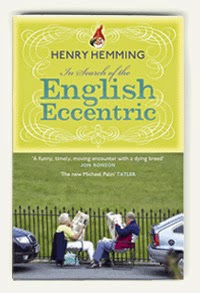 Q: What is Pyke’s legacy today?

A: Most obviously the U.S. Special Forces, as well as the Canadian Special Forces. His work on pre-school education can still be felt in British kindergartens today. He has a strong claim to bringing into the world the concept of underwater pipelines used to transport oil. He was also one of the founders of the Mass Observation movement and played a part in the shaping the new NHS in Britain.

For me, however, his great legacy lies in his intellectual approach to the world. This is what underpins the stories in The Ingenious Mr. Pyke.

A: I've been commissioned by an L.A.-based producer to write a screenplay, which I'm doing now, and I'm also working on a new biography of the man who helped inspire the James Bond character “M,” the great MI5 spymaster and naturalist Maxwell Knight.

A: Nothing that's not in the book!