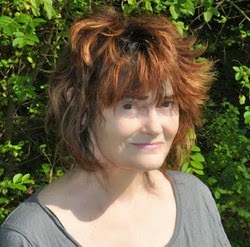 Kelly Cherry is the author of the new short story collection Twelve Women in a Country Called America. Her many other books include A Kelly Cherry Reader and A Kind of Dream. She has served as Poet Laureate of Virginia, and is the Eudora Welty Professor Emerita of English and Evjue-Bascom Professor Emerita in the Humanities at the University of Wisconsin-Madison. She lives in Virginia.

Q: Your stories in this collection feature a diverse collection of Southern women. Do you see any common threads among your characters beyond their gender and the region of the country in which they live? 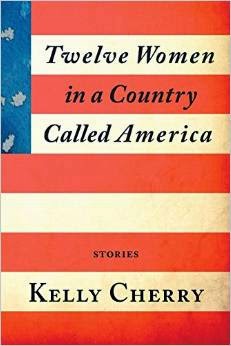 Perhaps more to the point, when I retired from teaching at U of Wisconsin-Madison, I was appointed Eminent Scholar at the U of Alabama-Huntsville. I grew up mostly in the South but had been for years and years in the North or Midwest, and Wisconsin to Alabama was quite a jump.

As soon as I hit Huntsville, my drawl returned. And right after that, a character walked into my head. That character was June, who appears in the last story of the collection, but her story was the first of the 12 I wrote.

Each of the women is quite different from the others, and for me that was part of the exhilaration of writing this book. (It was exhilarating. It was so much fun getting to know the characters!)

I suppose the common thread is that each is navigating her way through life as best she can. Each has challenges, and each deals with those challenges according to her personality, personal history, outlook, beliefs, and the influence of helpful or harmful people in her life.

For my part, I wanted each of the women to have, within the context of her life, a certain dignity. Life is hard. These women know that and struggle to deal with it.

Q: How was your book’s title selected, and what do you see as its significance?

A: Although I wanted each woman to inhabit a specific location, I also wanted her to look at America as a whole from her location. And through her own eyes.

Q: For how long a period did you work on the stories in this book? 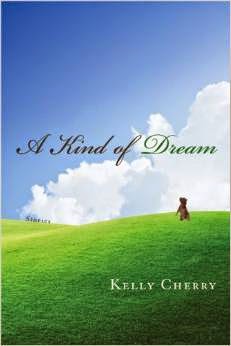 A: At the time I felt as if the stories were flowing out almost magically, but in fact it took 10 years to write them. The 10 years were followed by months and months of rereading and then proofreading.

My eyesight is not what it once was, and it's hard for me to sit in a chair for hours at a time (I have a bad back), but that is work that has to be done by every writer.

I cut one story in half just before the book went to print. My editor, Kevin Morgan Watson, was supportive and encouraging at every point and, every time I found a typo, he updated the proof!

Q: You begin the book with a quote from Norman Mailer. Why did you choose that quotation?

A: I came across Mailer's comment in The New York Times a long time ago. It was very funny, and I saved it knowing that sooner or later it might be applicable somewhere.

Of course, Mailer was saying that America is so huge and the states so disparate that when he tried to think about it as a whole he felt stupefied. There is an implication there that the entire South is stupefied, too slow to reach an understanding of anything, that the South is slow the way Southern talk can be slow.

Of course that's not true. The South is far too complex to describe that way, as the book goes to show, but the quotation focuses attention on America as an entity and that is pertinent to the collection. 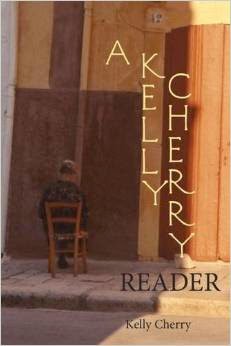 A: I just published A Kelly Cherry Reader, which includes earlier stories, novel excerpts, essay/memoir, and eight poems. A poetry chapbook titled Physics for Poets is forthcoming this spring from Unicorn Press (I just saw the cover and it's gorgeous).

I'm working on a quite short book of short-short stories and flash fiction. I began this in the ‘80s, writing a piece now and then during the passing years, and now I'm close enough to being done that I want to get the stories done.

I also have two book-length poetry manuscripts on my desk, waiting for me to send them somewhere, and two more in progress. And I've been turning out a number of reviews; I don't know why, because they subtract time from other work, but when I read I think about what I'm reading, and I guess I just like having a say. I should slow down on these, though.