Gail Lord is the co-author of the new book Cities, Museums, and Soft Power. Barry Lord is the author most recently of Art & Energy: How Culture Changes. The Lords, who have written many other books, founded Lord Cultural Resources in 1981, and are internationally known museum planners. They are based in Toronto.

Q: Gail, in your book you define “soft power” as “the ability to influence behavior using persuasion, attraction or agenda setting.” How do cultural attractions like museums play a role, and how is that role changing?

GL: The last chapter gives 32 examples of the ways museums can do that—being more accessible, particularly with people in the community…I was inspired recently by seeing what the Baltimore museums and libraries are doing. They’ve extended hours to welcome the community in, they’ve made resources available.

The book suggests lowering admission and free admission as an important piece. The number one aspect, [which is reflected in] the title, is for museums to work with cities, not be apart from them.

GL: The data is very clear. Free admission was instituted to all British national museums, and attendance rose by 30 to 50 percent. The British collect data on social class, and it shows that attendance broadened in terms of the social class of people attending museums.

But if museums are not interesting, it’s like a product, nobody is going to take it. This move of the British museums coincided with a period of improving the museums’ [attractions].

A: It’s a challenge to the Baltimore museums. The Washington museums are free and well visited. [But] the monuments are more visited than the museums. Even when it’s free, the public makes definite choices.

Q: Barry, in your book you write that “we rarely consider how dependent art and culture are on the energy that is needed to produce, practice and sustain them.” How did you select the types of energy on which to focus?

BL: I tried to cover all the energy sources there are. I start with the mastery of fire and go all the way through. I do discuss social as well as natural energy sources…The most important has been slavery….

Q: How does slavery fit in with the other energy sources you’re examining?

BL: I explain how slavery [is] a form of energy. The first thing is to understand what the social sources of energy are…we are the only species that reaches outside the energy sources we have—food, the energy structure in plants, animals—that is the natural process.

As soon as I started looking, you start with the mastery of fire, the culture of the hearth, communities, I realized the community around the hearth  [involved] cooperation.

Individual man was hopeless as a hunter—not fast enough, teeth not sharp enough—we were better as prey than as hunters. Normally we are not hunters, but we became effective through cooperation. It was a way of increasing our energy efficiency.

Cooperation evolves into control, and that leads into the culture of collective identity…nationalism, patriotism, religious identity. Then you can start looking at what are other ways we can make energy more efficient, and that led me to look at slavery—using the energy of other people you control.

I was able to discuss this with Dr. Lonnie Bunch, the director of the new Museum of African American History and Culture that’s about to open in Washington, and he was struck by the thesis, and agreed that nobody had put their finger on that aspect of slavery… 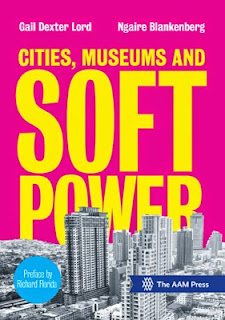 Q: Gail, in your book you talk about the role of women in soft power. Is that role similar in different parts of the world?

GL: The role of women in soft power is related to a broader discussion of civil society and the not-for-profit world, which is very much welcoming to women in the ranks and also in the executive level.

Soft power is most effective when the agenda-setting is executed by the independent not-for-profit sector. If you look at the data, you can see that women are more welcome in positions of authority in the nonprofit sector, including museums…This also applies to cities; more women are elected than on the state or federal [level].

There’s a preponderance of women’s influence in those arenas. Does it vary around the world? It probably does. There’s more female influence where there are more civil society institutions….

Q: One of your essays in the book deals with human rights cities. What did Atlanta and Winnipeg do to meet this designation?

GL: It’s not really an official designation. Basically, each of these cities determined [they would focus on the issue]. They opened human rights museums last fall; [the timing] was just a coincidence.

In the case of Atlanta, it had a strong civil rights tradition, with the Jimmy Carter [Center] and the Martin Luther King Archive, and now the civil rights museum….it becomes a form of informal city branding.

Winnipeg decided it would designate itself a human rights education city. They have a human rights issue—10 percent of the population is aboriginal or indigenous; it’s a high percentage…. 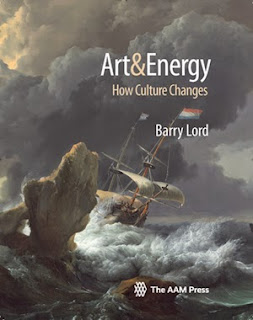 Q: Is there anything else we should know about either of your books?

GL: Where people can buy the books!

BL: My book is on Amazon, the standard sources—it’s published by the AAM Press and it’s at their bookshop, online. I also have a blog, artandenergybarrylord.wordpress.com.

I would say one thing that one should notice—the real focus of the book is in the latter part, which focuses on renewable energy. There’s a transition going on now. The culture of stewardship is in conflict with the culture of consumption that came to us with oil and gas. It needs to be questioned because we have the option of renewable energy…it’s a conflict of culture.

GL: My book is only a week old. You can order it at www.lord.ca/softpower. It will be a couple of months before people can get it on Amazon.

There was a big article about the book in our local paper here in Toronto; there’s been a warm reception to that article. People are saying museums need to be more engaged with the community. People love museums, but they feel they’re standoffish. I think the bigger message is that we are now living in an urban world.

It’s not just about museums having soft power—but soft power used to be about countries. I think the new idea of the book is that cities have soft power, and most museums are in cities. There are 80,000 museums in the world, that are by and large punching below their weight. This idea has captured a lot of attention.