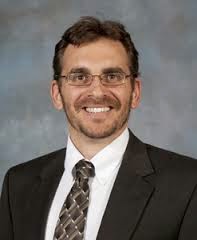 Michael Neiberg is the author of the new book Potsdam: The End of World War II and the Remaking of Europe. His many other books include Dance of the Furies and The Blood of Free Men. He is a professor of history at the U.S. Army War College, and he lives in Carlisle, Pennsylvania.

Q: You write, “Everyone at Potsdam saw the Versailles Treaty as a horrible warning from history of the failures of making peace.”  What were some of the lessons from Versailles that were especially prominent at Potsdam?

A: For the American delegates, the most important lesson was to avoid the cycle of reparations payments that had ensued from Versailles.

As the American representatives at Potsdam in 1945 read it, the British and French had imposed crippling reparations on Germany which the United States, in the form of the Dawes Plan, essentially ended up paying without getting anything in return.

The fear of repeating this huge mistake led the new American Secretary of State James Byrnes to propose that each side take its reparations out of its own occupation sector of Germany. Avoiding the reparations mess, more than any fear of the Soviet Union, led to the division of Germany.

The British tended to see both the international financial arrangements of 1919 and the form of the League of Nations as mistakes.

The former, most famously critiqued by John Maynard Keynes (who was at both Paris and Potsdam), destabilized Europe and led to the great depression. The latter set up no end of imperial problems for the British. The United Nations, they hoped, would not give equal weight to all peoples as the League of Nations had.

The Soviets, who were not invited to Versailles, wanted to avoid the inclusion of the two dozen state and non-state actors who were involved in 1919.

The Russians wanted to send the message that three great powers had won the war in Europe and those same three powers would establish the terms of peace. The rights of small nations would not count as they had a generation earlier. 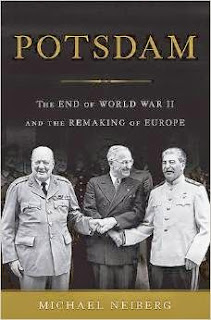 Q: What impact did Roosevelt’s death and Churchill’s political defeat have on the Potsdam Conference?

A: A lot less than one might think. The arrival of two new leaders, Harry Truman and Clement Attlee (along with the new advisory teams they brought with them), did not change the basic history, geopolitics, or economics of Europe in 1945.

Some observers even thought the transition to the newcomers might help. Both Churchill and Roosevelt had aged and tired considerably in the months before Potsdam. Roosevelt’s death in April shocked contemporaries nevertheless; they were unable to imagine a world without him. Churchill struck most of his advisors as badly in need of rest and clearly off his game.

The key lesson, I think, is to recognize how much more important large structural factors were than the personalities of the men (and in this case they were all men) at Potsdam.

Q: You write, “Although some insiders, such as Clement Attlee and George Kennan, predicted a future of increased East-West conflict, more people came out of Potsdam optimistic than pessimistic.” What were the reasons for their optimism?

A: They had gone to Potsdam to settle questions related to Germany, not each other. While all of the conferees knew that disagreements between all three would remain, they thought they had laid the necessary foundation for solving the basic problem of 1945: the future of the state that had caused two world wars, Germany. 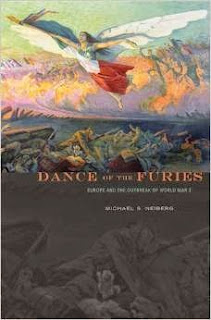 Remember, Harry Truman was brand new to international diplomacy and had never even met a Russian before. Now he thought he could leave Potsdam having stared the Russians in the eye and developed a solid understanding of them.

The conferees had also gotten final agreement on the issue Truman thought most important, namely Soviet promises to enter the war against Japan.

Even if the atomic bomb worked, there remained the possibility that the hundreds of thousands of Japanese soldiers in mainland Asia would not surrender. If the Soviets entered the war, however, Japan was more likely to see that it could not hope to hold onto Asia as a bargaining chip.

The atomic bomb, which had just been successfully tested in New Mexico, hovered over this optimism. Truman told Stalin about the atomic bomb while at Potsdam, but Stalin already knew about it from his spies.

While Truman thought he was sharing a secret with an ally, Stalin read Truman as blackmailing and threatening the Soviet Union with America’s newfound military power.

The Hiroshima bombing occurred while Truman and the American delegation were literally at sea en route home from Potsdam. The bombings of Hiroshima and Nagasaki, more than anything that happened at the conference itself, began the process of mutual mistrust that soon produced the Cold War.

Q: What is the Potsdam Conference’s legacy 70 years later?

A: It is too shortsighted, it seems to me, to call Potsdam the start of the Cold War. Rather, it ended the 30-year period of total war from 1914-1945. It was the last chapter of the story that began in Sarajevo.

And Potsdam did solve the problem of Germany, reparations, international multilateralism (in the form of the United Nations), and a host of other issues that the men of 1919 would easily have understood.

The price of peace was the subjugation of Eastern Europe to the brutalities of Stalinism. If the western powers (here meaning Britain and France) were willing to go to war in 1939 over the future of Poland, no one was willing to do so in 1945.

Despite Poland’s contribution to the victory in World War II and despite the obvious puppet status of the pro-Soviet Polish leaders, the Americans and the British essentially gave Poland away at Potsdam.

Although they were not happy about it (Truman went so far as to tell the American people “In all candor I did not like this provision of the Berlin agreement”), the western powers gave Poland away. They did not think they had any choice short of risking another war. They knew how much more Poland meant to the Soviets than to their own people. 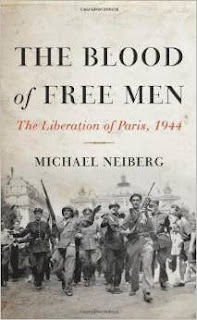 A: I am working with Oxford University Press on a book about American responses to the war in Europe from 1914 until American entry in April 1917.

I am analyzing how the American people, diverse as they were, responded to events like the German atrocities in Belgium, the sinking of the Lusitania, the massacres in Armenia, and the Zimmermann telegram. I am trying as much as possible to bring in the voices of Americans away from the center of power and to stay at the grassroots level.

Despite huge differences in how Americans responded to the war in 1914, by 1917 they had reached a remarkable degree of consensus that Wilson’s policy of neutrality had done the country more harm than good.

Although few Americans were eager to fight in the war, they knew that they had run out of options. Rather than being some kind of visionary, Woodrow Wilson was trailing far behind the American people in this regard.

What was true for so-called native-born Americans was also true for recent immigrants and their children. Irish-Americans, Jewish-Americans, and Italian-Americans all had reasons to want to remain neutral or to support the Central Powers in 1914, but by 1917 – for reasons having to do with dynamics internal to their communities – they had shifted position. The same is largely true even of many German-Americans.

The picture is terribly complicated and so far historians have not really wrestled with it. I want to do so.

A: I was surprised by what the Big Three did not discuss at Potsdam. They all knew about the Nazi death camps, but avoided discussing them. They had a lot on their plates already, of course, and they remembered the men of 1919 taking on far too many topics.

Still, the failure to at least discuss the implications of the discovery of these horrors struck me as odd and as a significant missed opportunity.

All three great powers had a reason to avoid talking about it: the American State Department had no set policy on Palestine yet, and it seems obvious to me that anti-Semitism in both the War and State departments played a key role.

The Soviets did not want to single out any particular class of Soviet citizen for special treatment because they saw the entire Soviet people as victims of attempted genocide. And the British wanted to keep Palestine a solely British problem. Not discussing the plight of the Jews therefore served everyone’s narrow interests.