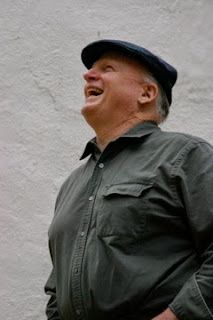 Tony Angell is the author and illustrator of the new book The House of Owls. His many books include Gifts of the Crow and Puget Sound Through an Artist's Eye. For more than 30 years, he was supervisor of environmental education for Washington state's Department of Public Instruction. He lives in Lake Forest Park, Washington.

Q: How did you first become interested in owls, and why do owls fascinate so many people?

A: My fascination with owls began as a child.  I was probably around 8 when, looking out my kitchen window one evening, I caught sight of a screech owl alighting in a tree outside.

Going out to investigate I was thrilled to discover that the bird seemed fearless and as curious about me as I was about it. This turned out to be a regular encounter over the spring and into the summer as the owl's day roost was just above our home.

Naturally seeing this lovely creature up close and personal stirred my curiosity and I was soon looking up what information I could find on the subject and rendering portraits of the little owl as a means of better understanding it and celebrating its beauty.

This was in the San Fernando Valley, California, of the late 1940s where the Los Angeles River, for the most part, still ran free and wildlife was abundant in the adjacent hills and open country.

Owls are appealing and engaging to people in part because, with their eyes set in the center of broad faces and full chests, they are rather human-like in their appearance.

Being for the most part nocturnal they don't generally view us as a threat like a hawk or falcon might so they are often easily approached. The beauty of their plumage is subtle, but likewise a pleasure to consider.

Perhaps the most compelling part of their attraction is the mystery that surrounds them. How is it that they can fly so silently? When we stumble about in darkness how is it that owls can fly at night with such precision and catch prey we cannot see? What's the meaning of their mysterious calls? Where do they go during the day? What do they eat? 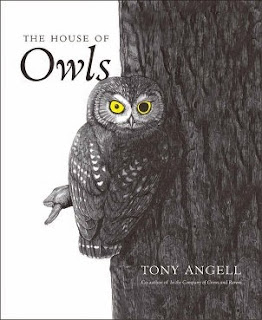 Endless questions to ask certainly caught my attention and interest and I'm certain that these and other questions have challenged humankind since they first encountered owls.

Certainly the Chevet cave painting of an eagle owl from 30,000 years ago speaks to the artist's interest in and inspiration derived from being around beautiful and powerful owls.

Q: How did the western screech owls you observed outside your home for many years affect you and your family's lives?

A: The western screech owls living in the woods and nesting in the box at our home here in Washington are best described as neighbors that we cherished.

They certainly had a profound effect on our family. Our children would spend hours with the young birds when they fledged each year and would search the woods for the adults at other times of fall and winter.

In doing so the owls "provided" the gift of understanding how the ecosystem of our watershed works. The owls were a focal point allowing us to better relate and comprehend the other dynamics of the system.

By simply stepping out our door to the woods to join the owls we learned first hand of concepts such as the food pyramid, energy flow and predator-prey relationships.

Equally important we learned to appreciate the fact that these species share in the same behaviors and emotions that we do. The owls we lived with grew to be very comfortable in our presence.

Having intimate contact with the birds allowed us to witness what is best described as their moments of "frustration," "anger," "affection," "devotion to family" and moments of pleasure.

Rather than seeing these species as distant and unrelated to us we were able to discover genuine commonalities that were not anthropomorphic in nature. 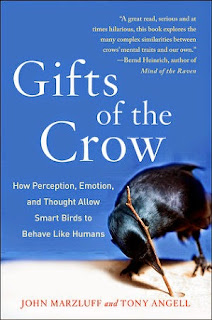 We know the several pairs of owls came to recognize us as familiar and friendly faces, but to any degree that they "felt" affection for us, that is impossible to know. That we established a powerful bond of affection for them is beyond question.

The effect of the owls in my life has become a very powerful force in directing and determining the focus of my art in sculpture and drawing.

Q: You write, "As long as we have the pleasure of keeping company with owls, they will continue to stir our imaginations, inform us and invigorate the artists among us to celebrate them." You include many of your own drawings in the book. How do you see the text and the illustrations complementing one another, and how did you pick the illustrations to include?

A: All of the drawings in the book are mine except the range maps, which are from Cornell University and the Birds of North America.

I was interested in saying something in my drawings that had never been "said" or depicted by a photograph. God knows, there are some remarkable photos of owls out there, but I wanted a more personal interpretation because that's the way owls affect me emotionally.

Providing a picture of the short eared owl striking the rough legged hawk tells the story far richer than I could in words although I explained the circumstances leading up to the strike.

Likewise, I sketched the muscular body of the great horned owl showing the fat deposits as a mean of revealing to the observer how the fat is placed on the body in a way allowing the bird to keep an equal balance in flight.

The song birds mobbing the male screech owl near the nesting box opens the interpretation of the moment much wider than a narrative might. The wide range of species brought into the mobbing activity and the suggested indifference of the owl all have stories for the reader to consider. I'm hoping that the reader is compelled to investigate the hows and whys of this vignette. 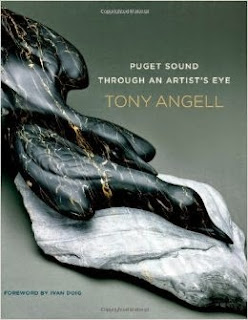 The drawing/illustration should reach way beyond the information that a narrative might convey. When I did the drawing of the long eared owl in "distraction display" I sought to show not only its posture suggesting injury, but the extraordinary beauty of its plumage patterns. One might even call this a "double attraction" for the bird and I know it was in my case.

The Northern spotted owl was done well in advance of my narrative and came from an afternoon spent with these elegant birds. The hawk owl chasing a grey jay and closing in on a spruce grouse has come from a variety of sources in my experience.

Seeing the birds in the wild and knowing how they fly and hunt and being certain that they can and do capture such prey allowed me to compose these drawings. To me such an illustration is far more powerful than a narrative that simply describes their diet.

Q: Do you have a particular favorite type of owl?

A: They are all very different -- a point I have sought to suggest in my book even though the birds obviously have much in common -- which makes them owls.

The diminutive pygmy owl that lived with me for several months made an indelible impression on me by its "pugnacious and stalwart" nature. The "strength" of the snowy and great horned owls.  The essential "presence" of the barn owl that controls the rodents that might otherwise overrun our agricultural interests.

The elusive great gray owl that leaves us in awe of its capacity to capture prey beneath a foot of crusted snow. The valiant spotted owl that is so much a symbol of the ancient forest it requires for life. And so on and so forth.

Still, the little western screech owl has a very special place in my heart and mind because of all that it has inspired in myself and my family.

A: Trying to finish many bronze edition pieces that were acquired during my recent show at my gallery here in Seattle -- Foster White Gallery. You can see the catalogue on line at fosterwhite.com.

I'm pretty busy with the book talks at the moment but that should run its course by the end of summer when I have a show of my work at my gallery in Santa Fe/Gerald Peters Gallery.

As for another book when I can get to it--I have many notes on some of my "adventures" over 50 years of being a professional artist that may not rival the autobiography of Benvenuto Cellini, but could have an audience. I am illustrating it too.

A: I would say only that the future of owls is really in our hands as the habitats of these species continues to be disturbed and destroyed worldwide.

Because of their nature and habits (elusive and nocturnal) they are seldom seen and as a result never considered as land and water use policies are proposed and enacted.

My life has been made much richer because of what I have learned and experienced with these birds. It would be a tragedy beyond measure if such discoveries and moments were denied future generations because we could no longer keep company with owls.