Jeff Katz is the author of the new book Split Season 1981: Fernandomania, the Bronx Zoo, and the Strike That Saved Baseball. He also has written The Kansas City A's & the Wrong Half of the Yankees. He is the mayor of Cooperstown, New York, home of the National Baseball Hall of Fame.

A: It seems to be a provocative way to describe a strike. What I would offer is that since when the players were granted free agency, the right to work where they want to, what it did was increase the competitive balance in Major League Baseball.

Teams had access to players in a way they hadn’t before….The owners wanted the older model that restricted player movement completely.

I grew up in Brooklyn. We were all fed the idea of the Golden Era, the late ‘40s through early ‘60s. But unless you were a [New York] fan, your teams never had a chance to make the World Series.

The owners wanted to move back to a time when the only control was theirs. By the players’ winning, it led to a disparity of who made the playoffs. There was more disparity in the ‘80s than in any other decade.

It helped the game be more competitive, there was more fan interest, and now baseball is a $9 billion a year [industry]…. 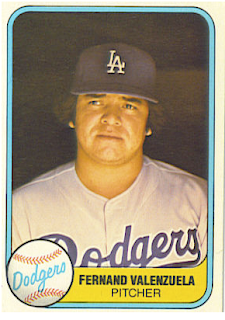 Q: Who were some of the most compelling players that year?

A: There were a lot of compelling stories, in different ways. From the on-field story, Fernando Valenzuela was the big story that year. He was a 20-year-old rookie out of Mexico, and he exploded on the scene from opening day on. He was the overarching story on the field.

I’m the mayor of Cooperstown, and Pete Rose is intertwined with the Cooperstown story. Pete Rose’s quest to tie and break Stan Musial’s record in the National League was a big story that year. 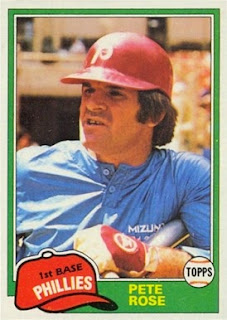 One thing I enjoyed researching about Pete Rose—it was the first time since the gambling story began [that there was] a way to reclaim what he was, and the joy he had in playing the game. It’s hard to recapture that without [bringing in] all the noise.

YouTube makes research much easier, especially if you’re studying the 1980s. I was really pleased to enter that world again.

There are always Yankee stories. Reggie Jackson was tormented by George Steinbrenner, to the point that he became a sympathetic figure, and it’s hard to see him as sympathetic; he has his own baggage. 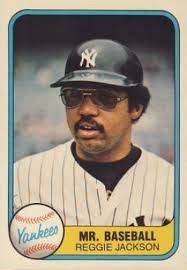 Q: You mentioned YouTube. How else did you research this book?

A: I’m around the corner from the greatest baseball research library in the world! That’s pretty nice! I just walk down the street. The Hall of Fame as a research tool is pretty incredible.

I was fortunate to start the project early, and [negotiators] Marvin Miller and Ray Grebey were alive then. I got to spend conversations with Miller on the phone. Grebey agreed to talk to me, and I drove to Stamford, Connecticut, and spent the whole day with him. It was nice to get to those guys when I could.

Then there were the players, Doug DeCinces, Steve Rogers, Phil Garner. They were open, honest, and dedicated to making sure I got it.

Plus, there are a few key websites now. RetroSheet has every box score—to be able to go in and access the box scores and play-by-play was very helpful. Baseballreference.com was helpful. I don’t want to say it’s easy, but to access information online now is so phenomenal; it makes it easier than it was 15 years ago. 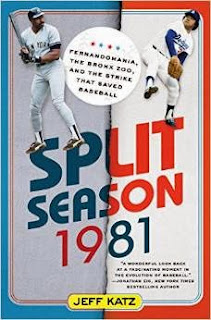 Q: How do you think the politics of baseball and national events in 1981 were connected?

A: The owners and players from the point that Marvin Miller was involved in the players’ association, 1966, the whole paradigm changed. The players had an association [before that], but it was an illegally run shop…

There were a lot of strikes back then—there was a Canadian postal strike, a coal strike. Strikes as tools for labor unions were prevalent then; it’s almost come off the table, not just in baseball but strikes are so devastating to an industry, it’s become less of a tool—but labor is in a weaker position.

Q: As mayor of Cooperstown, what do you think baseball means to fans today, and has that changed over the years you’ve been a fan? 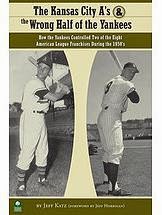 The ratings for the World Series give a skewed look—in ’71, 30 percent of all viewers were watching, but All in the Family got 40 percent, and a top-rated show today gets 10 percent. When the World Series is on, it’s the highest-rated show. The NFL is in a weird world to itself [in terms of its high ratings].

I still see kids like me, who are passionate baseball fans. I love being on Twitter and teenagers are writing blogs. I don’t worry about baseball’s health.

I see people come to Cooperstown every year, an enormous amount. The Hall of Fame attendance last year was 300,000…

A: I have a couple of projects in the works. [One deals with] basketball hall of famer Bobby McDermott. He was like Raging Bull. He was the greatest player of all [in his day], but he’s forgotten. He was violent, talented, crazy. He may have been rubbed out by the Mob.

There was a 20-year quest by his son to reclaim his reputation and get him into the Hall of Fame. I know the story because I’m friends with the family. I would love to see that get out. It’s not only about a forgotten guy, but an unknown time, pre-NBA…

The other one is a more personal story. My wife and I moved from Chicago to Cooperstown. Our oldest son is high-functioning autistic. He was doing well until high school…we moved to a small town, and he graduated from high school and a local college and [now works in the field of art]—he had a show in the Adirondacks and a T-shirt line. It’s an interesting story, not just about him but about how it affected us....I have a blog about Nate, called Mission of Complex.

When Nate was little, he was born in 1990, it was right before the explosion in autism awareness…We were fortunate to find an expert, and…he got a lot of attention…

When he was 8 or 9, we were desperate for any [idea about his] future, say a 20-year-old like Nate who works in a store. Now we feel it’s our responsibility to share our story; we have [good] feedback from 8- and 9-year-olds’ parents.

Q: That’s great; I will look forward to reading both of those books. I just want to finish up by asking you which baseball teams you think will make it to the playoffs this year. 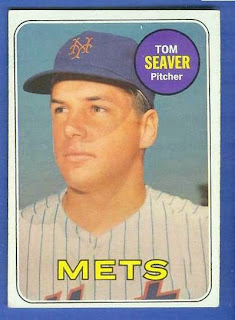 A: Being in Cooperstown has reinforced a change in my approach. I grew up on Long Island being a Mets fan, until they traded Tom Seaver, and that broke my 14-year-old heart. I realized I liked Tom Seaver more than I liked the Mets.

That being said, I like the Giants, and this year I’d love to see the Mets, for my long-suffering Mets friends…. I’m enjoying the Yankees, they’ve started out doing pretty well. I like A-Rod. I like seeing the Royals, the big surprise story last year, and they continue to play well. It’s nice to see newer teams.