Monique Truong is the author of the new novel The Sweetest Fruits, which is based on the life of writer Lafcadio Hearn. Truong's other books include the novels The Book of Salt and Bitter in the Mouth. Her work has appeared in a variety of publications, including O Magazine and Real Simple. Born in South Vietnam, she lives in Brooklyn.

Q: You note that "sugar and cornbread led me to Lafcadio Hearn." At what point did you decide to write a novel about him?

A: I first read about Hearn in a Southern foodways encyclopedia--I was fact-checking my second novel Bitter in the Mouth in which I wrote that traditionally Northerners added sugar to their cornbread recipes, while Southerners did not--and I saw an entry on Hearn that included a brief sketch of his life including his contribution to Southern food--he's credited with writing the first Creole cookbook in the U.S.--and almost instantaneously I decided to write about him.

The first hook for me was that he had written a cookbook. I think of food writers as a tribe apart and very much my tribe. I feel that we look at the world through a particular set of lenses, and by lenses I mean bowls, dishes, glasses.

The second hook for me was that Hearn was a consummate traveler and an immigrant twice over. As a former refugee and someone who now often writes far from home, I also consider migratory people to be part of my tribe. I was also intrigued that Hearn in 1890 had chosen East over West (Japan over the U.S.), the reverse of the journey that I had made in my own life (U.S. from South Vietnam) in 1975. 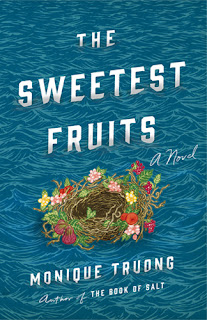 Q: How did you come up with the book's structure, involving parts of the book told by his mother and his two wives?

A: As I began researching Hearn, the women in his life--his Greek mother Rosa, his African American first wife Alethea, and his Japanese second wife Setsu--stepped forward because they were described in broad strokes and often in negative terms. Rosa was childish and impetuous, Alethea was illiterate and "abandoned" by Hearn, Setsu was a submissive Japanese woman who cared for his daily needs.

I, frankly, did not trust these characterizations of them. I had more questions about them than Hearn's biographers could give me. In fact, the biographers seem more intent on writing the women off as opposed to writing them into Hearn's life.

Hearn's first biographer is the fourth voice in the novel. I include excerpts from Elizabeth Bisland's book published in 1906 in order to provide for the reader the official history of Hearn. Elizabeth was a longtime friend of Hearn, and I strongly believe his true love. He left all his papers to her upon his passing. 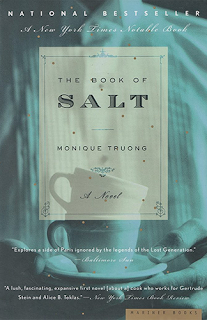 The first-person voices of Rosa, Alethea, and Setsu push against that official history, questions it, and asks of us how do we know what we know of these Great Men of letters of the past? Were the women in their lives equally great? With stories of their own?

Q: The book covers much ground, both historically and geographically. How did you conduct your research, and did you learn anything especially surprising?

A: I began my research in 2010 by traveling to the island where Hearn was born, Lefkada, Greece. In the novel, I referred to it by the name that the British called it, Santa Maura, when it was under their "protection" during the time when Hearn was born and when his mother Rosa is speaking.

The last part of travel for the novel came in 2015, when I travelled to Tokyo on a three-month fellowship, the city where he lived the last years of his life. I also travelled to Mastsue, the city on the coast of the Sea of Japan where Hearn met Setsu and where there is a museum devoted to him, as he's very much considered an adopted son there.

In between 2010-2015, I also read up on Hearn, his own writings as well as the biographies that have been written about him. I found his journalistic and travel essays to be the most compelling and the stronger of his work. He also wrote novellas, was a literary translator, and wrote many volumes on Japan, collecting folklore, ghost stories, and fairytales as well as explanatory essays re the culture and mindset of the Japanese vs. the West. 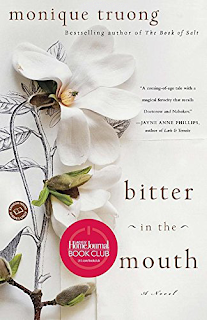 What I came away with was that Hearn was in many ways a remarkable man but also a product of his time. He harbored prejudices and biases that made me want to shake him, but isn't that what makes any of us human? That he is not, in fact, a "Great Man" but a man with flaws, with blinders, and with a heart that was nonetheless open and loving toward Rosa, Alethea, and Setsu and vice versa.

Q: What do you see as Hearn's legacy today?

A: Hearn was a border crosser. His travels and migrations made his work and his life richer and more fascinating. His life and legacy exemplify for me that we are sometimes "at home" in a geography that is very far from where we were born. From my own life, I know this to be true.

While Hearn's own travels and border crossings were celebrated, those of the women in his life were not. Theirs were written off as "following" in the footsteps of a husband or compelled by other forces beyond their control, as if they had no will or decision-making power of their own.

In a time when our own country is building walls and limiting migration, immigration, and refugee resettlement, I think Hearn's legacy reminds us that we have reverence for border crossers, that they enrich our understanding of the world, of different peoples and cultures, and we are as Setsu says in the novel, "the sweetest fruits of a grafted tree."

A: I'm writing a libretto based on the lives of Virginia Woolf and the visual artist Joseph Cornell. The project is ongoing, and I'm honored to be working with composer and vocal artist Joan La Barbara. Collaboration is a joy that novelists rarely get to experience. I'm glad to be experiencing it now.

A: I'm a deeply political person. Everything I write is informed by my politics, which is progressive and inclusive to the core. My novels, though, including The Sweetest Fruits, do not seek to offer readers the answers to the issues that are roiling in our national debate. Nor do they seek to give readers an escape therefrom.

What I hope is that readers will ask more questions, better questions, and overall to question their own hearts as they participate in that national debate and as they head to the voting booth in 2020.

--Interview with Deborah Kalb. Here's a previous Q&A with Monique Truong.
Posted by Deborah Kalb at 8:08 AM