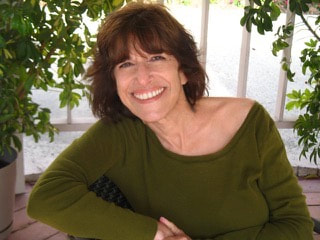 Michelle Markel is the author of the new kids' picture book biography Out of This World: The Surreal Art of Leonora Carrington. Her other books include The Fantastic Jungles of Henri Rousseau and Hillary Rodham Clinton: Some Girls Are Born to Lead. She lives in West Hills, California.

Q: Why did you decide to write a children's picture book about the artist Leonora Carrington?

A: I’d already written picture books about two male artists--Marc Chagall and Henri Rousseau. Women artists have long been overlooked (in 1989, addressing this issue, a group called the Guerilla Girls came out with a poster “Do Women Have to Be Naked to Get Into the Met. Museum?”  Less than 5 percent of the artists in the Modern Art Sections are women, but 85 percent of the nudes are female).

I felt it was time to spread the word about an amazing female artist: Leonora Carrington.

Many of Leonora's paintings--for instance “The Giantess”--show magical women, and have a fairy tale atmosphere. They’re surreal--playful, absurd and rule breaking--which makes them appealing to kids. (One could argue that Lewis Carroll, one of the most popular writers for children of all time, was an early surrealist, the way he mixed fantasy, reality and humor.)

Leonora’s story teaches kids about art history--and it happens to be dramatic. She was born in England to an upper-class family who aspired to be like the folks on Downton Abbey. Her parents sent her to convent and finishing schools, hoping to groom her to become a rich man’s wife.

But Leonora wasn’t having it. Her disobedience got her expelled. She shocked her parents by running off to Paris to be an artist among the surrealists (Max Ernst in particular), fled Europe during World War II and ended up in Mexico, where she lived for the remainder of her life.

A: I read biographies, books about the surrealists, went to art exhibits. I read the surrealist books and stories that Leonora wrote--which gave me a sense of her passion and  humor. 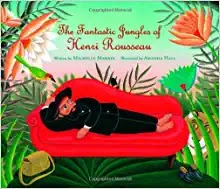 She had quite the imagination. In one of her stories, a debutante tells a hyena at the zoo how she dreads going to her ball. The hyena ends up going in her stead.  She puts on the girl's dress, high heels, and gloves to hide her hairy hands… I won’t give away the ending.

I was surprised and delighted to read about the friendship of Leonora and artist Remedios Varo (a Spanish expat) in Mexico. They spend hours together at the home of Remedios, which was full of crystals and cats.

They dressed in costumes, wrote plays together, made strange concoctions from plants they bought in the marketplace, invented recipes like the one for “dreaming you’re the king of England.” They were creative and uninhibited--like creative young girls I’ve known.

Q: What do you think Amanda Hall's illustrations add to the book?


A: I think Amanda's illustrations for Out of This World are luminous and stunning. I love her spectral creatures, her mythical beasts--the woman branching into a tree...They convey a sense of the marvelous, which I was trying to evoke with words. I knew Amanda would do a beautiful job, after seeing her illustrations for The Fantastic Jungles of Henri Rousseau. 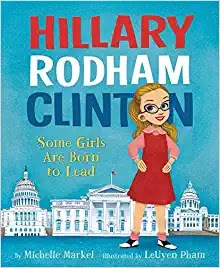 Most publishers, as you know, reserve the right to select the picture book illustrator--for both artistic and marketing reasons. But Amanda and I submitted this as a joint project. We had faith that we’d find an editor who’d approve.

Q: What do you hope kids take away from Out of This World?

A: I hope it empowers children to reject societal expectations that crush their goals and creativity. I hope it persuades them to believe in their gifts, to take risks and persevere despite all odds. I hope to convey that making art can be a spiritual experience.

A: I’m not allowed to reveal the details yet, but I can tell you I’m working on a story about a key event in labor history, involving women.

A: I’d like to suggest some surrealist activities for the classroom, to be used after reading this book.

Surrealism was an art and literary movement that explored the realm of the subconscious (think of the sometimes strange, impossible imagery of dreams). The surrealists invented games to encourage randomness, and chance. So in a classroom, teachers could write words on strips of paper, put them in a hat, and have kids pull out three or four to include in their poem.

There are many surrealist collaborative activities as well, like the famous Exquisite Corpse (Fold a paper in thirds, then one player draws a head on the top section, the next player draws a body, and the last one adds the legs--keeping the others' sketches hidden). Make art and have fun!