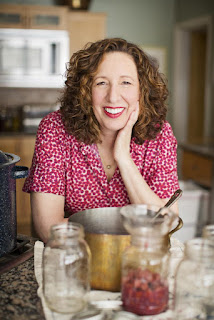 Cathy Barrow is the author of the new book Pie Squared: Irresistibly Easy Sweet & Savory Slab Pies. She also has written Mrs. Wheelbarrow's Practical Pantry, and she writes the "Bring It" food column for The Washington Post. Her work has also appeared in a variety of other publications, including The New York Times and Serious Eats. She lives in the Washington, D.C., area.

Q: Why did you decide to focus on slab pies in your new book, and—for those who don’t know—what is a slab pie?

A: Slab pie is a common potluck food in the Midwest, particularly. It serves a lot more people. It’s usually made in a giant sheet pan, 18x13. It serves 24-36 people.

I started a column for The Washington Post in 2016, after writing about preserving for a long time. I wanted to write about potlucks. I’d been participating in a chat, and people were asking, What can I bring to a potluck?

[Editors] Joe [Yonan] and Bonnie [Benwick] were into this idea and Bonnie challenged me to write about slab pie. I have a reputation for pie. I wrote about slab pie being a showstopper. I made a beautiful apricot pie. It weighed over eight pounds! A rabid crowd at The Washington Post devoured it. 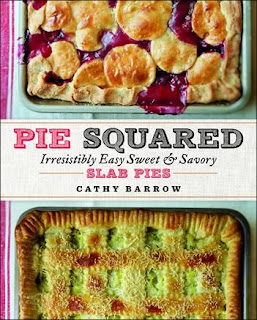 The next morning Bonnie said, You broke the internet! That was very exciting. I didn’t think pie could break the internet.

I’m a terrible businessperson. I didn’t think of a book. [A friend’s] literary agent said there should be a book about slab pies. I was between agents at the time. Suddenly my brain was on fire. In a day I had all the recipes I have in the book, and 20 or 30 more.

Once I got into it, it fit me. It fit my ideas about savory pies. They’re a great idea for family dinner. That’s when I shrunk the size to 9x13.

Q: How did you pick the recipes that you included in the book, and do you have any particular favorites?

A: With the recipes in the book, a lot was dictated by wanting to have a good representation. Of course there’s a chicken pot pie, vegetarian recipes, there’s a balance. I never thought about doing a fish pie, but my recipe taster said, You don’t have a fish pie. She had lived in England, and she lives in Maine and does a column about sustainable fish.

The sour cherry pie remains my favorite of all. Some of them are so delicious I had to get them out of the house or I would eat it all. The coconut cream pie. The lemon cream pie. The artichoke dip slab pie—it’s so good you can barely get it on the table before it’s gone.

Q: What are some of the most important tips when making a slab pie?

A: I know people suffer from dough-phobia. The first hurdle is if you’re afraid, start with a grocery store crust or a press-in crust in the book, and move to dough-making when you want to. You want to have pie. There’s an option for everything!

Rely on the refrigerator or freezer. Keep everything really cold. The more you chill it, the better it will be. It needs to be cold before it’s hot. 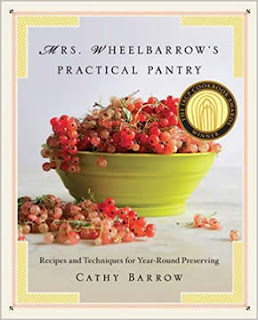 I use a baking steel. If you have a baking stone that would work, or flip a baking sheet upside down and heat it with the oven. Put the pie on top and it helps crisp the bottom of the pie. None of that soggy stuff.

Q: What would you say to people without a lot of experience in pie-making? Are any of these recipes relatively easy?

A: If it’s an issue of time, every recipe has a make-ahead strategy. The crust can be made in advance, many of the fillings can be made in advance. Once you have the elements, you just need to assemble it. It’s easier to roll the dough in a rectangle than a circle. The rolling pin does the work.

If it’s fear of pie, the Moroccan-style shepherd’s slab pie is really good and easy if you’re a meat-eater. It has a press-in crust, and the filling is wonderfully scented lamb stew. On top are fluffy mashed potatoes. You can make the crust, the filling, and the potatoes ahead of time.

On the sweet side, the banana cream pie is easy. It’s a cookie crust, vanilla pudding, sliced bananas, and whipped cream.

Q: The pictures of the pies are so beautiful.

A: I’m very proud of the photography. They’re beautiful pictures. [Photographer] Christopher Hersheimer and I spent a lot of time on which point in the process needs to be illustrated. It shows the steps, what the dough should look like. If you embrace the idea of making pie, you can look at the photos. Making pie is a skill, not a talent, and you can learn any skill.

I wanted to make it super-appealing. I mined international flavors that make up my everyday cooking. Lamb vindaloo pie became the catalyst for developing one of the crusts. I like the way lamb vindaloo pairs with oniony naan. I ended up developing a caramelized onion crust. You never know where your pie is going to lead you.

A: Make a pie. It makes everyone happy. And they don’t say, That’s an unattractive lattice, I’m not going to eat that pie!

--Interview with Deborah Kalb. Here's a previous Q&A with Cathy Barrow.
Posted by Deborah Kalb at 6:52 AM