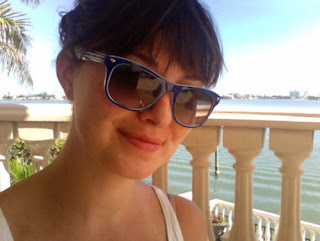 Jenn Marie Thorne is the author of the new young adult novel Night Music. She also has written The Wrong Side of Right and The Inside of Out. She is based in Gloucestershire, England.

Q: How did you come up with the idea for Night Music, and for your characters Ruby and Oscar?

A: The first spark of the idea was for a fantasy novel, actually. 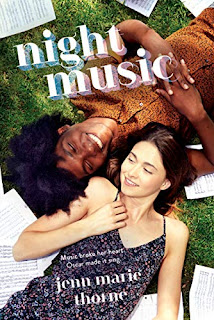 I wanted to write about someone who was the heir to some great magic, but who didn't have the gift, and what it would be like to be constantly confronted with magic while trying to forge a life as an ordinary person. I wanted the gifted love interest to have been brought up outside of this insular world of magic.

As soon as I realized the book would work just as well as a contemporary set-up, all the pieces quickly fell into place.

Q: Why did you decide to focus on music in this novel?

A: I love music, especially classical music. I've studied it throughout my life, but never quite had the talent to make a professional go of it. It's funny when I think of the first idea I had of this book as a fantasy novel - even if I had gone down the road of making it wizards and squibs, at its core, it was always going to be about my relationship with music. 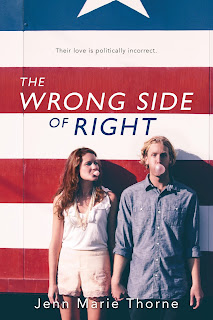 Q: The novel also addresses racial issues and diversity. What do you hope readers take away from this aspect of the book?

A: Racism isn't a check yes or no box. I think a lot of people, even (and sometimes especially) well-meaning liberals, fall into the trap of thinking they're one of the good guys, immune to any prejudice, and it's those people whose lack of self-examination leads them to commit a million microaggressions that make life more difficult for the marginalized among us.

I wanted to write a book in which the relationship succeeds, not because I've written a "colorblind" world, but because the heroine is willing to do the work of examining herself and her own privilege in order to make herself a worthy partner for someone as exceptional as Oscar. 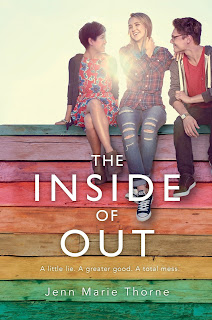 Q: The novel is set in New York City. How important is setting to you in your writing?

A: I've lived in a lot of different places over the course of my life, and I often return to those places in my books as a sort of homecoming.

New York is funny, though - it changes so quickly that even if you spend a year away, when you go back, you feel like a tourist again. I did have to do some Upper West Side research, because I was always an East Side girl, and pretty much spent the whole process of working on the book longing to be in the city!

So the setting definitely informs the story, I think, but it's mostly a way for me to indulge my wanderlust.

A: I've got a few varied projects in the hopper, including a co-written historical, an adult suspense, and a YA romance set in Hollywood. I'm also writing a truly ridiculous screenplay and having a lot of fun working in a brand-new format.