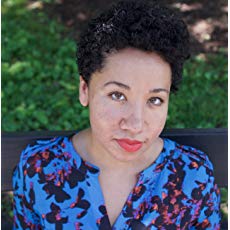 Camille Acker is the author of the short story collection Training School for Negro Girls. She also co-edited the book Dismantle: An Anthology of Writing from the VONA/Voices Writing Workshop, and her work has appeared in a variety of publications, including The New York Times Book Review and Electric Literature. She is a visiting assistant professor in the creative writing program at New Mexico State University.

Q: Over how long a period did you write the stories in Training School for Negro Girls, and do you see common themes running through the collection?

A: I wrote the initial draft of the book over the course of about a year at the end of my MFA program in New Mexico. The revisions, however, were over about five years. I certainly wasn't revising all of those five years but I would leave the stories and come back to them to redraft.

I was in a writing group when I lived in Chicago (where I moved after the MFA) and every couple of months I would be next up to be workshopped and would often turn in one of my stories to get fresh eyes on them. That was instrumental in motivating me to revise them. 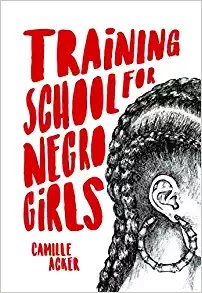 Eventually, I did one last push to revise them before I sent the stories off to The Feminist Press, which became my publisher.

I think thematically, self-discovery and self-revelation are important in the book. The characters are a range of ages across different decades but they are each searching for a way to understand themselves and the world they inhabit, whether that's grappling with family issues or economic issues or for every one of them, as with us all, figuring out what they are meant to do in the world.

Q: The stories are divided in two sections, The Lower School and The Upper School. How did you decide on the organization of the collection?

A: I didn't know initially that I was writing a short story collection until maybe the third story I wrote. Then, I realized that all these characters might be in the same universe. So, when I started thinking about titles and got very connected to "Training School for Negro Girls," I thought having two schools might work to organize this universe.

It was also very important to me to represent both black women and black girls, to really concern myself with the scope of the black female experience. It felt natural to me then to also think about how at the core many of the issues these characters face are similar but to also acknowledge difference by having two sections.

Doing that too also gave me a kind of guideline as I wrote more stories to think about both the black women and the black girls who would be the focal characters. 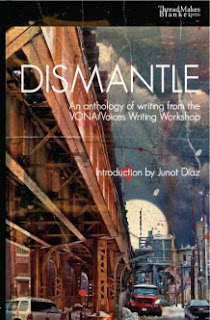 Q: The stories are set in Washington, D.C., where you grew up. How important is setting to you in your writing?

A: Setting wasn't always important in my writing. Character always seemed to come first and then I would have them meander the streets of a kind of no name place.

As a younger writer, I was still unsure about what and who I really wanted to write about. I had to get clearer about my own voice and bringing my unique perspective to the page. I see some of my writing students write about big cities they don't live in rather than thinking about what's interesting about the place from which they come.

Likewise, I really had to ask myself, why aren't you writing about D.C.? Edward P. Jones's short story collection Lost in the City, which is set in D.C., was hugely influential for me when I was a teenager and so as an adult, I returned to that feeling of seeing the place I grew up in represented on the page and started to write my stories about D.C.

A: I was in a Black and Chicana Feminism class in grad school and reading work by radical women of color set me down this road of discovery of other voices including Nannie Helen Burroughs. She was an educator with a school in Northeast D.C., the section of D.C. where I grew up, but I hadn't known more than her name really when I lived in D.C.

I read her work and learned more about training schools, where in the early 1900s black people tried to educate our own but that education was often inclined toward training for domestic work. That's the role black people were still cast into even more than 40 years after the Emancipation Proclamation.

I started to think about how we all get trained to occupy particular roles often according to how society views us through our race, gender, and class and how we can internalize those roles, play them out even if that's not who we are. All of these characters are trying to break out of something in their lives and sometimes they succeed and sometimes they have to find the courage to keep trying.

A: I'm at work on a novel and also incubating a couple of other projects.