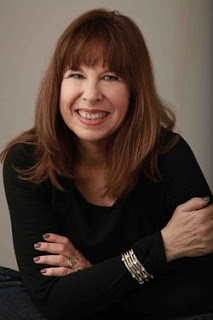 Barb Rosenstock is the author of the new picture book biography Yogi: The Life, Loves, and Language of Baseball Legend Yogi Berra. Her many other books include Through the Window and Otis and Will Discover the Deep. She lives in the Chicago area.

Q: Why did you decide to focus on Yogi Berra in your new picture book biography?

A: Of course everyone knows Yogi Berra, and “it ain’t over ’til it’s over!" But I don’t really keep a list of people I want to write about and if I did, I’m not sure Berra would have been on that list. It wasn’t until I read a few tributes to Yogi that mentioned the bullying he endured, that I became interested in his story.

There was so much to Yogi, from his immigrant roots to baseball failures to military service to showing up the bullies to MLB stardom that I just couldn’t leave anything out. Yogi was a seemingly simple; entirely multifaceted character. And he was kind. I stumbled on a good story about a kind man who became an icon, and I hope kids, especially my young baseball and softball playing readers, will like it. 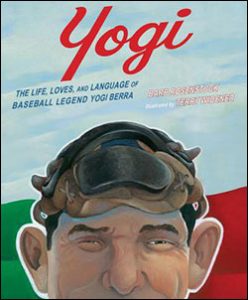 Q: How did you pick the quotes from Yogi that you include in the book?

A: I used quotes that fit the section of his life I was writing about, sort of as introductions. The quotes, or “Yogi-isms” as they are called, actually function as section heads to different parts of his life.

Yogi is so often quoted (and misquoted) I also had to be very careful to only use quotes that had solid references. Sorting out what Yogi did say from what he didn’t say might have taken more time than writing the entire story itself!

Q: What do you think Terry Widener's illustrations add to the book?

A: Terry is the baseball expert in this partnership. Seriously, the amount Terry knows or learned about "The Hill" in St. Louis, baseball equipment through the eras, Yogi’s uniforms, what he liked to eat, what his family wore, etc. was just immense. This time I feel the book’s illustrator may have done MORE research than I did as the author. 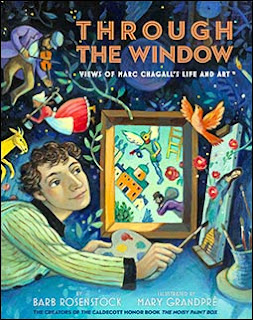 The action and  emotion that Terry portrays makes a reader FEEL for Yogi in a way that the words alone cannot do.

Q: What do you hope kids take away from Yogi's story?

A: That people who look strong have gone through many hard times. Strength is usually forged through troubles. That means troubles make us grow even if they hurt a bit (or even a lot.) 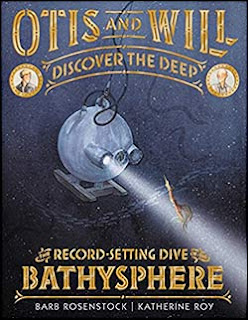 I guess that’s why I love biography. It shows us that heroes are made not born; out of so many diverse circumstances, that anyone can be a hero or a success. Success is inside you, not outside.

A: Three separate projects are fighting for my attention right now: ghosts, a palace and seaweed. And I’m so in the beginning stages of each that I don’t know which will win or be finished first (if ever!)

As far as what’s coming out next, Prairie Boy: Frank Lloyd Wright Turns the Heartland into a Home is coming from Calkins Creek this fall. I saw my first Wright house when I was about 10 years old and I think I may have been waiting to write this book all that time. It’s illustrated lovingly by Christopher Silas Neal…wait til you see it!

A: Coincidentally, my oldest son played baseball wearing Berra's number #8 for many years—so maybe I had a little help from fate with this book! It was like “Deja vu all over again!” but then, Yogi already said that!

--Interview with Deborah Kalb. Here's a previous Q&A with Barb Rosenstock.
Posted by Deborah Kalb at 6:08 AM