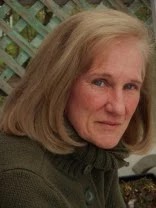 Anne Farris Rosen is the co-author, with her late father, John N. Herbers, of his memoir, Deep South Dispatch: Memoir of a Civil Rights Journalist. She has worked for The New York Times and The Washington Post, and she teaches at the University of Maryland's Philip Merrill College of Journalism.

Q: How did you end up working with your father on his memoir?

A: Twenty years ago, after retiring from The New York Times, my father, John N. Herbers, composed his memoirs, inscribing some of his more personal thoughts and experiences on paper for the first time.

I was struck when I read it how revealing he was with his own story because although he had written more than four million words describing some of the most momentous events in contemporary American history – the assassination of two Kennedys, Martin Luther King Jr. and pivotal civil rights events in the South, six American presidents, Watergate, and the resignation of President Richard Nixon - his dispatches were mostly written with the sterile eye of a self-effacing observer.

His memoir was a sensitive and introspective narrative, but it failed in one major respect. It ended woefully early in the span of his 38-year-career.

With little interest in finishing the book, he instead went for a swim in the ocean before preparing a gourmet dinner for my mother. The incomplete memoir was relegated to the bottom drawer of his file cabinet. Ten years ago, while helping him clean his office, I came upon the faded forgotten manuscript. I dusted it off and suggested we try to breathe new life into it. He still wasn’t very interested, but I was.

I unearthed hundreds of his articles, and he and I worked elbow-to-elbow to slowly distill them into a more complete account. Because of the extensive volume of his work and because of our limited time, the storyline of our final product extended only through his 14 years in the South covering the civil rights movement.  We were able to complete the memoir about a year before his death in 2017. 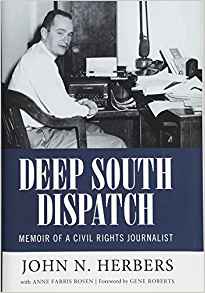 Q: Did you know about most of the events in the book already, or was some of it new to you?

A: I was aware of most of the events in the book because he took my family on many of his assignments. I was five years old when he took me to a civil rights rally in Mississippi, and by first grade, I had graduated to accompanying him to a KKK march that he covered.

When I was in second grade, my family was run out of St. Augustine, Florida, in the middle of the night by a band of armed white supremacists while my father was reporting on King’s campaign in that city to pass the Civil Rights Act of 1964.

My summer vacation during middle school was visiting 17 American inner cities after racial violence, and my father and I were tear gassed on the U.S. Capitol lawn when I accompanied him during a Vietnam War protest he was covering for The New York Times.

In college, I typed the final manuscript of his book about the demise of the civil rights movement. When I became a journalist, he was my mentor, giving me advice on my own articles about government, politics, and race relations.

He had prepared me my entire life to co-author Deep South Dispatch.

But I also discovered new things about my father while working on the book, including the extent of his troubled childhood, his interview with the parents of the children killed in the Birmingham church bombing on the night of their deaths, and his first assignments as a young reporter in 1951 covering the brutal execution of Willie McGee, a black man in Mississippi found guilty of raping a white woman.

Most importantly, I learned how he, as a native son of the South, struggled to reconcile his resistance to racism while still embracing his family and his heritage. It was a slow and painful personal journey that was informed by the events around him.

Q: The book is focused on your father's coverage of the civil rights movement and racial issues. What resonance do you see the book having at a time when racial issues are very much in the news?

A: While the book provides a historic retrospective of many benchmark moments in the civil rights movement, his writing resonates as much today as it did a half century ago.  Unfortunately, many scenes in the book mirror today - violation of people’s voting rights, racist rhetoric spewed by political leaders, and public rallies held by white supremacists.

James Baldwin said, “History is not the past. It is the present. We carry our history with us. We are our history.” That could not be truer than today. History informs the present, and reinforces how some things change, while others do not.

My father was amazed and elated by the election of the nation’s first black president, but expressed dismay over the resurgence of divisiveness and how many untrod roads that lay ahead.

We, as a nation, have not been vigilant to uphold the standards of the Civil Rights Act or to address systemic institutional racism that is evident today in high incarceration rates among African Americans, resegregation of schools, discriminatory housing and lending policies and disparate wealth between whites and blacks.

Hopefully, this book will remind us that through talking with and listening to someone different from us – be it race, religion or locale – we can find common ground. The sharing of stories with integrity, fairness and truth is an integral part of understanding each other and finding a way forward together.

Q: What do you see as your father's legacy as a journalist?

A: I call my father the “Forrest Gump” of journalism because he was present at many scenes of contemporary American history. He served in World War II and, after becoming a journalist, covered the civil rights movement for more than a decade.

When he moved to Washington, D.C., he was a national reporter for The New York Times writing about race riots throughout the country, Vietnam protests, and presidential campaigns.

He was 50 feet away from Robert F. Kennedy when he was assassinated in 1968. He was the Times White House reporter during the administrations of Richard Nixon and Gerald Ford and wrote the Times front page “Nixon Resigns” article.  He had quite a distinguished and influential career.

Throughout it all, he viewed himself as a public servant with a moral responsibility to bear witness and report to the world through the written word. He was unable to bear first-hand witness to a new generation of societal and racial struggles as he had in his early life. But he hoped that the legacy of his words might serve as a foundation for the next piece of history in the nation’s unfolding quest for justice.

A: I still have a good number of appearances to speak about the book, which takes more time than I had anticipated. But I also teach “News Coverage of Racial Issues” at the University of Maryland Philip Merrill College of Journalism and work as a freelance journalist.

A: One aspect featured in the book, but not overly emphasized, is the significance of my mother’s role. His work would not have been possible without her. My father confronted the dangers and weeks away from home like a war reporter. She stayed home with four daughters while my father traveled the world earning bylines and awards.

He understood and appreciated her contribution, and they had a strong and lasting union. My father was in good health in 2017 until my mother died when his health declined, and he died six weeks later.

--Interview with Deborah Kalb. Anne Farris Rosen will be participating in the Temple Sinai Authors' Roundtable in Washington, D.C., on March 23, 2019.
Posted by Deborah Kalb at 6:22 AM