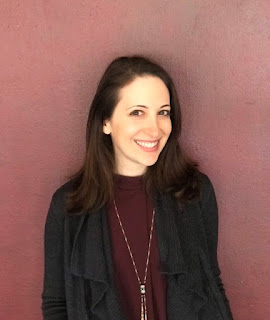 Kristin Fields is the author of the new novel A Lily in the Light. She grew up in Queens and lives in Brooklyn.

Q: Why did you decide to focus this novel around a child abduction and its repercussions?

A: The only thing I ever know about my novels when I first start writing is the title and one or two facts about the story. With A Lily in the Light, I knew Esme was a ballet dancer and that something had happened to her little sister.

Around this time, I stumbled on Emma Donoghue’s Room. As I was reading, I kept wondering what Jack and Ma’s family were doing in the years between when Ma went missing and when she was found. That was when I made the choice to tell the story from Esme’s perspective instead of Lily’s.

Q: Why did you choose dance as a focal point of the novel?

A: Shortly after graduating college, I took dance classes for the first time. It started with belly dance, then Zumba, ballroom dancing, and ballet.

When I think back to that time in my life, it’s defined by the time I spent in the studio and the friends I made there - despite the many changes happening outside the studio. My parents sold our childhood home of 30 years. My parents and siblings moved out of state. I got married and we moved from Queens to Brooklyn.

There was a lot of change very quickly, punctuated simultaneously by both excitement and loss, and perhaps that’s where A Lily in the Light came from subconsciously. Dance and loss were so linked at that time. I knew from the very beginning that dance was essential to Esme - I couldn’t write her without it. Learning more about ballet was one of the most enjoyable parts of writing this story. I went to ballets in New York City and one in Paris at the Palais Garnier, read bios of professional dancers from different time periods, tried a few more ballet classes, and little by little I found Esme. Dance, in many ways, was her voice.

A: Early in the writing process, I thought the story would end where part two does now, but my fabulous editor convinced me that there was still a piece of the story to be explored, and hence, part three was born. I knew right away that she was right because I saw a lot of images and was jotting down notes everywhere before she and I were even off our call.

A: There are so many...I recently read and loved Where the Crawdads Sing by Delia Owens. I’ve read The Great Gatsby at least 11 times. Alice Hoffman’s Here on Earth was the first book I ever checked out from the grown-up section of the library and I read everything of hers after that.

I’m a huge fan of Celeste Ng, Sue Monk Kidd, a good Jodi Picoult or JoJo Moyes every so often, and I’m always looking for those voices that make me love reading all over again and set new writing goals for my own. A History of Wolves by Emily Fridlund and The Immortalists by Chloe Benjamin had that very impact recently.

A: I’m working on a new novel, February Blue (working title), about a group of cousins introduced to drugs and the impact it has on their family and community.

It’s a coming of age for 13-year-old Gia as she watches her brother battle addiction, a period piece set in the 1960s/early ‘70s, and I’m having fun toying with Gia’s relationship to the natural world even though the novel is set in Queens (again! I can’t escape it.).

I’m also working on a memoir called 21 Keys and Counting. While I was writing A Lily in the Light, there was a huge fire in our building. We stayed in a total of 24 places during the 10 months it took to rebuild. Each one taught us something different about home.

A: One of the pieces I read during my research for A Lily in the Light was Jaycee Dugard’s A Stolen Life. Jaycee was kidnapped in 1991 and held captive for 18 years before she escaped. Today, she has a foundation to help families reunite after periods of separation. It’s called The JAYC Foundation and I’m a huge fan.