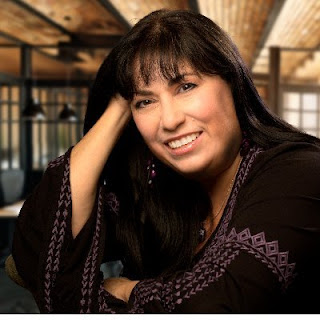 Suzanne Mattaboni is the author of the new novel Once in a Lifetime. A former Newsday reporter, her work has also appeared in a variety of publications including Seventeen and Parents. She is a host of The Banzai Retro Club podcast.

Q: What inspired you to write Once in a Lifetime, and how did you create your character Jess?

A: I set out in life as a young person to try to have interesting experiences so I’d have something to write about. At one point I wanted a kind of Jack Kerouac-type of existence where there was a new and fascinating story around every corner. New Hope was part of that journey for me, so I wanted to put an experience like that on paper for people.

I was also inspired to try to bottle some of the vivacity of the 1980s music and art scene. I knew if I could put people in that unique moment, it would be a good time, and I could explore relationships and make some points about a woman discovering herself in the process.

So, Jess came into being, as a budding artist who’s hell-bent on immersing herself in this scene and creating something cool and beautiful out of it, but finding it’s not so easy to get where you want to be. Or to make people what you want them to be.

By the way, I never exactly became a nomad like Kerouac. That concept lost its appeal in favor of the more stable comforts of a decent home and a committed partner and a settled life. But the wanderlust was fun in the meantime.

Q: The novel is set in New Hope, Pennsylvania, in the 1980s--how important is setting to you in your writing?

A: Setting is tremendously important in this novel, almost being a character of its own. Certain towns have personalities, with an influence that exists apart from the rest of the world. Like Brigadoon, hidden away in the Scottish mist. That kind of place changes you. Or it allows you to transform yourself, especially when you’re young and open to new experiences.

There’s a moment in the book when Jess says that everything in New Hope has had a former life: a church that was turned into a restaurant, a patio bar that started out as a tree fort, and so on. You can walk in as one thing and leave as something completely different. Whatever you want.

The power of a little Bohemian enclave that’s a universe unto itself can be liberating. New Hope and its artsy tourist-town culture has a major effect on all the characters. But it’s also a metaphor for Jess’ artistic sensibility. She and her hot new guitar player boyfriend muse about the mysterious nature of creativity, how the artistic life chooses you. 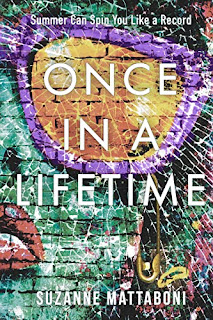 Jess feels that, especially as a mosaic artist, she takes things in and reinterprets everything and spits things back out, rearranged and new. Places do that to you, too, sometimes—take you in and shoot you back out as something different.

And I couldn’t even fake a more appropriate name for the town. NEW HOPE.

That just wrote itself and was a cue to keep true to a certain amount of the source material. So, many of the haunts in the book are only thinly veiled places that existed at the time, or still do.

Q: The Kirkus Review of the book says, “Overall, it’s as much a nostalgia trip as it is a bildungsroman, but the reader won’t have to have personally lived through the ’80s to appreciate this ebullient and engaging story of youthful longing and independence.” What do you think of that description?

A: I love that you asked this question! I was over the moon about the Kirkus review, because they really got what I was trying to convey.

“Youthful longing and independence” is not limited to one decade. This story lives in that moment when you realize what you really want, and it’s this huge thrill… but then you’re also smacked in the face with what a long road it is to get there. You’re aching to become that thing you want to be.

It’s difficult to be patient when you’re bursting at the seams to become something great, when your dreams are so close, they’re practically breathing on you, but you’re not quite there yet.

And “ebullience?” That’s fabulous. It’s a fancy way to say it, but yeah—I wanted the book to be vibrant and fun. But I also wanted to depict real and imperfect characters who test each other.

I think that’s what finding yourself and becoming an adult is all about. It’s being free for the first time to test your limits, your friendships, your talents, your endurance. It’s the touchpoint when you’re so excited about what’s about to happen that it makes you dizzy.

A: I basically knew, but as I went along, new events and nuances became infused into the story that changed its tone and the way it resonated. Sometimes you don’t see the full path for your characters until the end. As I got feedback, I started to see the characters more the way readers did, where they took on lives of their own. So, I knew the details evolved.

For instance, androgyny was always an element in the book; the ‘80s were an androgynous decade, especially within New Wave culture. As my drafts progressed, the impact of the early stages of the AIDS crisis started to come more to the surface. It started to beg the question as to how that affected people’s relationships and decisions.

A: I’ve been fleshing out an eclectic collection of short stories, after seeing some success with that format in both women’s fiction and horror. I’m not sure how to reconcile those two things, either in my head or in this collection. Maybe I need to write a few short-form horror meet-cute stories to amalgamate the bunch!

Oh, and I’m a woman who’s worked her way up in male-dominated profession, so that colors everything I do, and that’s part of the experience of the book. It’s about the first generation of women who were told “Hey, now you can have it all—education, love, sex, careers, fulfillment, everything!”

So, women went out to get all those things, and hit a lot of setbacks. Not everyone knew what to do with those women, and it created a lot of unforeseen conflicts. But it made the women who soldiered on ready for anything.