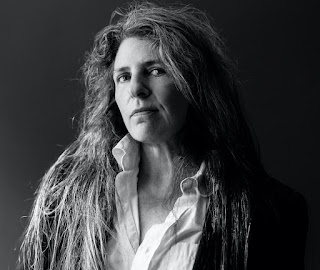 Jean Hanff Korelitz is the author of the new novel The Latecomer. Her other books include the novel The Plot. She also is the founder of Book the Writer, which holds pop-up book groups featuring the books' authors. She lives in New York City.

Q: In our previous interview, you said your editor kept turning down The Latecomer. How did you come up with the initial idea, and what changes did you make in the manuscript?

A: The initial idea came from just thinking about families and their different configurations, and how adding or subtracting one person changes everything.

You hear stories about people using or never using leftover embryos [from IVF]—what if someone made strange decisions? It was a what-if question.

For The White Rose, I took Der Rosenkavalier and asked what if it took place in Manhattan in the 1990s and everyone was Jewish? It’s not new for me to start a book that way.

The problem with The Latecomer was that there were so many protagonists, so many stories, and they were all going in different directions. I hadn’t figured out whose story it was and who’s telling it. It took me writing a whole other novel [The Plot] in between before I figured it out.

In January 2020 my editor was turning down The Latecomer again. I started telling her about another idea I had, and my editor said, Why don’t you write that and then come back to this.

This is a testament to her genius as an editor—she thought I could do that, and that the distance would be the thing to help me break the impasse.

Q: How would you describe the Oppenheimer family, the characters in The Latecomer?

A: In crisis from the moment of their inception. The family origin is kept secret from most of them—it involved the death of two innocent people. The father is not a guy with a lot of insight. He’s not looking for redemption, until suddenly it’s right in front of him and he tosses his whole life. 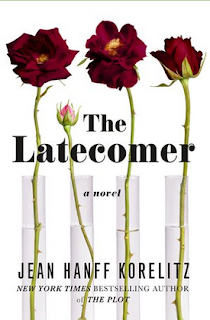 I don’t like any of them, until the kids come along, and then they’re hard to like. It’s a family founded on a fault line. It takes an act of will by the last child to figure it out and bring them together.

Q: I know you reworked the novel, but did you already know what the ending would be?

A: I would say it was what I was working toward. If I said I had a draft where the whole family is on a boat going around the world, that would not be an exaggeration. I had them in Germany working on a documentary about [their ancestor] Joseph Oppenheimer. It was a far-ranging search.

Q: Can you say more about the role secrets play in the novel?

A: They’re essential. The essence of the family is a secret. Why does [the father] Salo never tell his children [about the accident in his youth]? Maybe he feels he doesn’t deserve them? Maybe he pretends he’s a good person? It’s doomed.

When you create an insoluble problem and get to solve it, it’s very satisfying. Maybe it’s the thriller writer in me.

Q: Why did you choose art as a major theme running through the book?

A: This is a book in which I put all the things I love. Antiques, Mormons, Jews, hoarders. I love the outsider artist named Achilles Rizzoli. I’ve always felt he didn’t get his due because he emerged at the same time as Henry Darger.

And the other art collection in the book—at one point it was Old Masters. I’m fortunate to know Steve Martin, and was able to pick his brain and create the other collection of art. By the end of the conversation, I had Salo’s list of acquisitions. It’s amazing to think that in a warehouse was a great collection he just wanted to enjoy.

And with the Mormon art, art plays a particular role in Mormon practice. Ten illustrations appear in every Mormon text, or temple, or iconic image every Mormon has seen. It was all made in the 1960s, and three quarters were made by paid illustrators. I thought, that’s the power of the image—you can make it for a paycheck, and it becomes part of a religion.

A: I’m in a quiet period now. I’m waiting for the book to come out, and I’ll travel this summer. I’m beginning to have an idea for another novel.

A: I’ve always written on both sides of the thriller/literary line. Those readers who have just joined us for the last novel don’t know this. The Latecomer is a different kind of novel from The Plot—there’s no body on the floor, no loaded gun. But some of the things I love to see in a thriller—plot twists, revelations—are also true of The Latecomer.