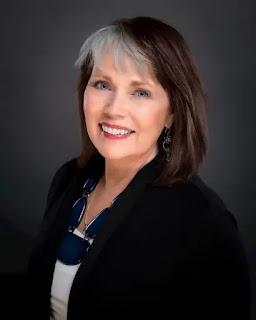 Connie Berry is the author of the new novel The Shadow of Memory, the fourth in her Kate Hamilton mystery series, which began with A Dream of Death. She lives in Ohio.

Q: This is your fourth book featuring your character Kate Hamilton. Did you know from the beginning that you'd be writing a series about her?

A: I certainly hoped it would be a series and had planned out several book-spanning character arcs for Kate—among them, her relationship with her mother and of course with Detective Inspector Tom Mallory. I’d also mapped out several plot scenarios, hoping I’d have the chance to develop them further. And I hoped to develop Kate herself as a character.

Every book in the series gives Kate an opportunity to grow, to change, to learn, and to reveal herself more fully (even to me).

A: In the first book, A Dream of Death, Kate is still mourning the unexpected death of her husband three years earlier. She’s going through the motions, living in the past. Little does she know that her trip to the Scottish Hebrides will become one of those life-hinges that literally changes one’s direction and outlook.

Now in book four, Kate is beginning to contemplate a future she couldn’t possibly have imagined then—falling in love again, living in a country that isn’t her own, making room in her life for new people and new work. This isn’t a case of “happily ever after.” Kate will continue to face challenges and obstacles, both personally and professionally.

Q: What inspired you to create the plot of The Shadow of Memory?

A: Some plots are pure fiction, created out of whole cloth in the author’s imagination. Others, like The Shadow of Memory, are inspired by real-life events.

My first inspiration was a 2002 episode of This American Life with Ira Glass. The show, “House on Loon Lake,” told the story of several young boys in the 1970s who broke into a mysterious abandoned house in New Hampshire.

What fascinated me was the idea of a time capsule—a house, containing the furniture and personal effects of a family, left exactly as they had been in the past. Why was the house abandoned? What had happened to the people who lived there?

My second inspiration came from Bill Bryson’s very funny book The Road to Little Dribbling, where he talks about traveling in the UK and taking a job as an orderly in a mental hospital organized around a novel theory in the treatment of mental illness.

That sent me on a deep dive into Victorian mental hospitals. I learned that a number of private institutions were built in the mid-to-late 19th century for fee-paying patients among the British middle classes. With the advent of the National Health Service, these private hospitals couldn’t complete. But the buildings were too beautiful to tear down, so they’ve been repurposed, some into luxury housing. 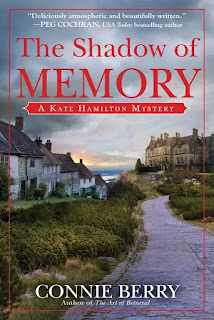 The final inspiration for The Shadow of Memory came from a news articles I read about a Frans Hals painting, “Portrait of a Gentleman,” sold by Sotheby’s auction house in London to an American dealer for $10 million. With the help of modern technology, the painting was subsequently proven to be a forgery.

These three threads came together for me in an interesting way—and I hope interesting for readers.

Q: How do you research the novels, and did you learn anything surprising when researching this one?

A: When an author writes a book set in another country, it really is essential to spend as much time there as possible.

I spent three weeks in England this past October, taking in the physical setting, of course, but there was so much more to observe as well—how people speak, what they eat, what they laugh at, what touches their hearts and their minds. There’s no substitute for personal experience.

Over the last few years, because I can’t be in the UK all the time, I’ve developed sources—a detective inspector in the Suffolk Constabulary, a clergyman in the Church of England, a solicitor, an administrator with the National Trust. Having people I can go to when questions arise is priceless.

With that said, though, authors are fortunate today because so much information is available on the internet. For this book, I learned a whole lot about modern techniques for examining paintings and determining their origin—more, actually, than I could possibly assimilate. My goal was to understand enough to be able to convey it to the reader in a way that would be both understandable and interesting. I hope I succeeded.

One surprising thing I learned was that infrared reflectography, a non-destructive imaging technique, can reveal what lies beneath the surface of a painting—underdrawings, for example, or pedimenti, the revisions an artist might make during the process of creation. It’s literally a way of seeing into the past.

A: I’m actually working on two projects at the moment—a possible fifth book in the Kate Hamilton series and a new historical series, set in mid-Victorian Hampshire, England. Developing a new cast of characters and creating a new setting is both a challenge and a joy. Since I love history, the research is always fun.

A: You’ve asked some great questions. The only other thing I’d like to say is that Kate and her friends in Long Barston have become quite real to me. If my readers are curious about their lives and their futures, so am I. That’s what keeps me writing.

If anyone would like to learn more about my writing, I invite them to look for my website, www.connieberry.com, and sign up for my monthly newsletter. New subscribers will receive recipes for five vintage cocktails from the Jazz Age.

Thank you for inviting me to share a bit of my writing life with your readers!