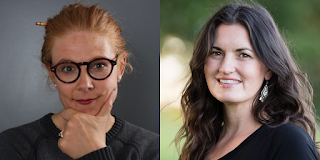 Q: This is your second novel about your character Nora Beady--did you know you'd be writing about her again when you finished The Girl in His Shadow?

A: You're right that this is Nora's second story, which is so exciting for us. As co-authors we always knew that there would be more books about Nora, Horace, and Daniel. We spent so many years building their world, we needed more time and space to share their stories than one book afforded. As we researched we grew more and more excited and never tired of learning more about the Victorian medical world.

Q: Why did you decide to focus on the c-section in this novel, and what do you think the book says about the history of women in medicine?

A: We wanted to focus on the cesarean section surgery because it was a bridge between two worlds. Pregnancy and childbirth is a realm of women and midwives where females skilled in medicine and healing were at least tolerated. But the c-section is a major surgery that almost no accomplished doctor of the time would undertake.

By making the c-section Nora's focus of study in medical school we were able to straddle the diverse worlds of men and women in Victorian times. She was able to enter a world inhabited by women and bring a new science only available to men. It was a fascinating tension and balance.

The c-section highlights the difficulties of women in medicine. Even in procedures unique to the female body they were given little say or allowance. But it was not unique to medicine alone. There were very few professional careers at that time that tolerated the participation of women. 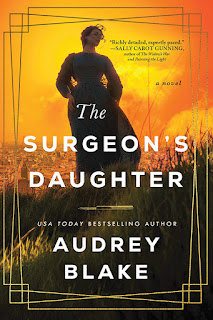 A: We researched for years in various ways. Our bookshelves are lined with medical books and history books, all of which we pored over.

We also did extensive reading of medical journals from Nora's day. Those are the most fascinating reads you could imagine! We watched surgeries, studied different sutures, researched chemicals and medicines used at the time, spent hours staring at antique maps of Bologna and London, as well as studied art and architecture that Nora encountered. Every new piece of knowledge was a treasure!

To be completely honest, after studying medicine of the past, what surprises me the most is how many people survived! Babies were given morphine to soothe them. Mercury was used like aspirin. The more Victorian people learned about science and the body the more creative they became in harming themselves!

But in all seriousness, it is unfair to judge their medicine by our current knowledge. Someday chemotherapy will look barbaric. But we are doing our best. Just like they were.

Q: What do you see as the right balance between fiction and history in your books?

A: I believe the correct balance of history versus fiction for us is to allow all of our facts to be historically accurate, but all of our characters to be our creation.

For example, we do our best to make the medicine they practice line up with medical journals of the day and their clothing, transportation, architecture, entertainment all authentic to their time period.

So we build a historically accurate world for our characters, but we let our imaginations run wild as they explore the world in which we placed them.

A: We are working on a historical fiction of a real woman who lived in the 20th century and had an extraordinary adventure that placed her life in constant peril. And that is all we can really share right now.