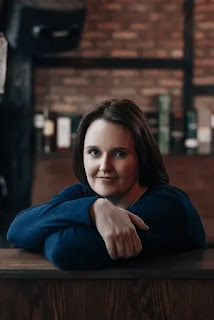 Dervla McTiernan is the author of the new novel The Murder Rule. Her other novels include The Good Turn. She worked as a lawyer for 12 years. Originally from Ireland, she now lives in Australia.

Q: You’ve said that part of the inspiration for The Murder Rule came from an article you read about an Irish law student volunteering in the United States. How did you end up writing the novel, and how did you create your character Hannah?

A: It took me a long time to find the story, to be honest. I didn’t want to write another book about the fight to free an innocent person from death row, because that story has been told more than once, and told brilliantly. I had to find my own way in.

The idea to invert the story, in a way, came to me after a conversation I had with my agent, and once I had that twist I just had to write the story and I got started straight away.

With Hannah, I think I knew who she was from the beginning. I’m really interested in the difference between how society seems to want to see young women, even today, and how young women really are and how they see themselves. There’s such a gap there.

Hannah is strong, clever, sharp, and uncompromising and she hides a lot of who she is behind a façade of niceness. In Hannah’s case she’s deliberately misleading the people around her, but I think in real life a lot of young women are still expected to be “nice” and society doesn’t always react well when they show themselves to be more complicated than that.

A: So many changes!  I’m much more of a plotter than a pantser, but even though I write pretty detailed outlines, I always stay open to the story and it feels like the story leads me where it wants to go. Most of my outlines get abandoned at some stage, and that was definitely the case for this book. There’s one twist in the book that just sort of presented itself right in the middle of the writing – I love when that happens!

Q: The novel takes place in Maine and in Virginia. How important is setting to you in your writing?

A: Setting is pretty key when it comes to all fiction, I think, but particularly for crime fiction. For me, one of the great joys of reading is the ability to escape to somewhere completely different from my every day. And a really strong sense of place makes the book and the characters come alive for me. 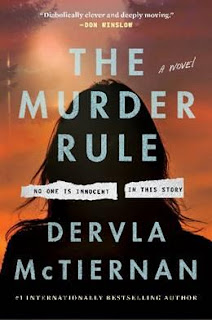 I think this really matters in series fiction, because with each book the reader gets to go back to a favourite place, but in stand-alone fiction a strong sense of place can make the difference between a book that stays with me, and a book that fades fast from my memory.

When I was a young law student in Ireland, I worked for a summer in Bar Harbor in Maine, cleaning hotel rooms and working as a waitress. Working and living in America was quite a culture shock for me at the time – the America I knew from TV was very different to the reality! But I learned a lot, and the memories stayed with me. A lot of them found their way into the book, in one way or another.

Q: What do you hope readers take away from the story about the ideas of guilt or innocence?

A: For me, first and foremost I want my readers to be entertained.

Beyond that, in terms of message or theme, I see The Murder Rule as a book that’s more about responsibility, than it is about guilt or innocence, which might sound weird, given that we are talking about a book that is about a man that is on death row!

To give you an example, there was a case in the US where a person committed a robbery. They were caught and arrested and they were handcuffed in the back of a police car when a police officer shot their accomplice dead. The person in handcuffs was charged with felony murder. Which seems a little crazy.

The whole basis of legal responsibility is that people are held responsible for acts they carry out themselves, and for consequences that they can anticipate. If you remove those two core elements it seems like things spiral out of control very quickly. And I wanted to examine those ideas a bit more closely … to think about responsibility and anticipated consequences and see how far I could take that.

I’d be interested to see what readers take from the story on those issues.

A: I have two projects I’m working on at the moment. One is an audio novella for Audible, and the other is my next full-length book. Not such a good plan to work on both at the same time! But I am finding it has been useful to be able to put one down for a while and let my subconscious work on it, while I have some fun with the other!

A: Just that I’m excited for people to read this book, and looking forward to visiting the US in May where I hope to meet some readers!