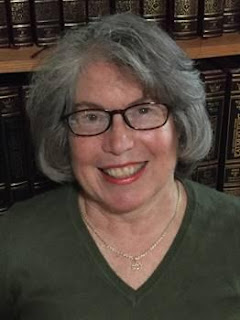 Maggie Anton is the author of the new novel The Choice. Her other books include the trilogy Rashi's Daughters. She also is a Talmud scholar and expert in Jewish women's history.

Q: You note that your characters in The Choice were inspired by Chaim Potok. What intrigued you about those characters, and what did you see as the right blend between Potok’s characters and your own?

A: I was initially intrigued by the two main characters in Potok’s bestselling duo of novels, The Chosen and The Promise, which I read in college. I knew nothing about Talmud and found it fascinating how they bonded over studying that text.

Decades later, when I heard about a women’s Talmud class I grabbed the opportunity to study Talmud myself. Coincidentally, that was when I read Davita’s Harp, Potok’s only novel with a female protagonist.

I couldn’t help but notice that The Chosen’s protagonist appears in the final chapter as Davita’s handsome classmate, and I kept wondering how the two might get together in the future. I didn’t so much as blend the childhood characters Potok created as I imagined them transformed into new adult characters 15 years later.

A: I wanted at least five years to pass since the end of The Promise, but also that my characters would be young enough to have remained single. I wanted a time with interesting historical events that readers today would relate to: Communist investigations by Congress, the Salk polio vaccine success, the Brooklyn Dodgers’ World Series rivalry with the Yankees, Israel molding itself into a modern country.

A: My bibliography, which does not contain links to the numerous online articles and other media sources I consulted, lists almost 80 publications. 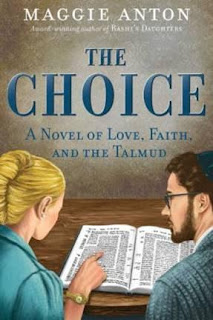 I learned several things that surprised me. Researching Jewish women’s lives in New York City in the 1900s, I was amazed to discover that Orthodox women were responsible for convincing major food manufacturers to institute the now ubiquitous OU hechsher. And to learn that so few New York Jewish women immersed in a kosher mikveh that there were only three in Manhattan by 1960.

I was pleasantly surprised to find that The New York Times has made every issue published since the late 1880s available online, all searchable. My difficulty wasn’t a dearth of resources, but a surfeit of them.

Q: How would you describe the relationship between your characters Nathan and Hannah?

A: They view each other with respect, and even awe. He for her writing skills, her experiences volunteering in Israel, and her determination to learn Talmud in the face of Jewish opposition. She for his Talmudic knowledge, his willingness to challenge tradition both in his teaching methods and social life.

A: With the sudden interest in Ukraine, I recalled that both my father’s and my mother’s families fled to America to escape the 1918-1921 Ukraine Pogroms.

With an eye to writing a historical novel based on their experiences, I’m interviewing elderly family members and reading what scholars and historians have to say about this traumatic time, especially as seen/experienced by the women. I don’t have a title, nor have I settled on exactly what time period to cover, but those will present themselves as my research unfolds.

A: I never planned on becoming a historical novelist. I graduated UCLA with a degree in chemistry and worked for over 30 years in clinical and hospital laboratories.

But I was a voracious reader of fiction, and when my Talmud teacher told the class that Rashi had no sons, only daughters reputed to be learned, something possessed me to research if that was true—which it was—and then to create a fictionalized version of what I discovered about them, their family and their medieval French community.

Rashi’s Daughters turned into a trilogy of novels, the first of which was published when I was 55.