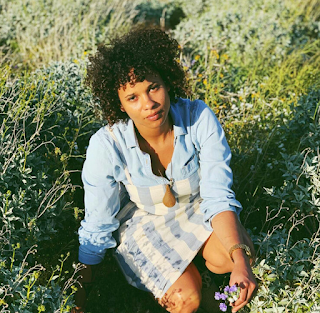 Jasmine Elizabeth Smith is the author of the new poetry collection South Flight. Her work has appeared in a variety of publications, including Poetry and Kweli. She is from Oklahoma, and she lives in South Seattle.

Q: What inspired you to write South Flight?

A: There’s both the personal and the political.

I grew up in a small town in Oklahoma. In high school, we were talking about Oklahoma history, and I asked, What about the Tulsa Race Massacre and Oklahoma Black history, and I remember being immediately shut down. That inspired my writing—the gross erasures around Black history in the curriculum.

Then there’s my own personal approach. I left Oklahoma in 2016. I have family still in Oklahoma, and a number of friends living and organizing with the Oklahoma Black community.

In The Fire Next Time, James Baldwin talks about being displaced in Europe. What is the relationship of staying, of leaving? I wanted to honor both of those perspectives within this book, and look at how both are an act of survival.

Q: The poet Ilya Kaminsky wrote of the book, “Jasmine Elizabeth Smith knows what a sense of place is, what history is, how much pain it inflicts-and how a well-told story can lift us up, despite everything.” What do you think of that assessment?

A: I don’t always feel I’m the most optimistic writer, but there was a sense of joy in writing this book. Centering the Tulsa Race Massacre is small compared to the history of Black towns in Oklahoma. It became a celebration of resilience of these communities.

After the Emancipation Proclamation and Juneteenth, several years later, more Blacks moved to Oklahoma than anywhere else in the nation. They created a territory of sovereign institutions. That’s often overshadowed by the Tulsa Race Massacre.  There’s a rich history of resilience I also wanted to center.

The book centers joy and uplift, but is also an unflinching look at devastating moments.

Q: How would you describe the dynamic between your characters Beatrice and Jim? 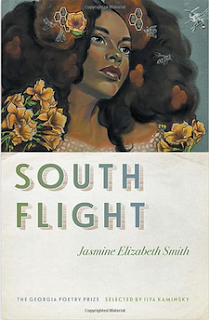 A: Another source of inspiration was my father and mother, who both lived in Oklahoma. My father moved.

With all those outside pressures in society, how do they impact our most intimate relationships? Jim and Bea often misunderstand each other—they’re looking for some sort of answer or reconciliation but they’re also blaming the other. The push and pull is ruptured when they’re navigating such devastating social predicaments.

Ultimately I hope there’s a sense of reconciliation, especially in the last poem of the collection. She’s able to recognize the parallel trajectories even though she stayed and he left. She recognizes that leaving itself is also a form of bravery.

A: This collection has been in my mind since I was about 18. When I went to the MFA program at the University of California, Riverside, I proposed it for my thesis. I was initially resistant to writing about Oklahoma—I wanted to write about the Great Northern Migration. My thesis advisor called me out and said, You’re writing about Oklahoma!

That led into a deep dive into Black Oklahoma history, and learning these things about the structures of Black towns. A few years ago, I visited some of the small towns, and I went back to Tulsa.

The most surprising thing—there’s a perception around Tulsa being decimated after the 1921 events. The Black community of Greenwood rebuilt their community out of their own pockets. Then in the 1960s and 1970s the community was destroyed yet again. There were two moments of destruction, which was surprising and also heartbreaking.

A: I have two collections I’m working towards.

The first is looking at how Black women in particular navigate institutional spaces. There’s  a feeling of being gaslit in spaces that say they’re progressive and egalitarian yet many things are still problematic.

Being an archival poet, inspired by history, I’m looking at the historical timeline of the Jonestown Massacre. Probably 90 percent of the individuals who died there were Black. It was a space that was told to be progressive and egalitarian. I’m taking a look at that as an extended metaphor for institutional spaces.

The other collection is about outdoor recreation and the visibility of Black women in outdoor spaces. It’s a delightful celebration of being outdoors.

They are two very different collections! One is very dark and one is a pleasure project.

A: Buy my book! Order it from your local bookstore or check it out from the library. And check out my website, https://www.jasmineelizabethsmith.com/.