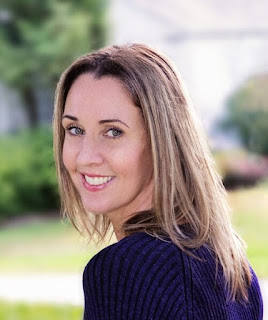 Natalie Jenner is the author of the new historical novel Bloomsbury Girls. She also has written the novel The Jane Austen Society. She has been a lawyer, a career coach, and a bookstore owner. She lives in Oakville, Ontario.

Q: What inspired you to write Bloomsbury Girls, and how did you choose a Bloomsbury bookshop as the book's location?

A: During the first wave of the pandemic, I was really missing visiting bookshops – I was also heavily promoting The Jane Austen Society at the time, and found myself missing the characters as I spoke about them.

Then around the time of that book’s release in May 2020, I rewatched the movie 84 Charing Cross Road and I remember thinking that there was a whole other story in there, about the many staff and their different roles and departments.

I told my agent that I was thinking about writing a new novel that would follow Evie Stone, the servant-girl-turned-literary-sleuth from The Jane Austen Society, into a London bookshop where the women employees would be at odds with the men in charge: in this way, I would satisfy two things that the pandemic was making me crave.

My agent told me that my editor had already suggested something to that effect, and I am someone who really responds to anything that feels even remotely like fate.

And I already knew and loved Persephone Books in London, which is a shop dedicated to reviving and reprinting 20th-century commercial works by women (one of the themes to this book) and used to be located on Lamb’s Conduit Street in Bloomsbury.

So, location ended up one of the easiest parts of the book to decide upon!

Q: You mentioned Evie Stone--you bring back several of the characters from The Jane Austen Society in this new book. How did you decide on the characters to highlight again?

A: Evie was always going to be the most central to the new book because she was the youngest character in The Jane Austen Society and the one with the least settled future.

I don’t plot or outline when I write, so when I started writing that first chapter, right away it was the characters most likely to be in London and involved in some way with Evie’s academic and career pursuits that popped onto the page. 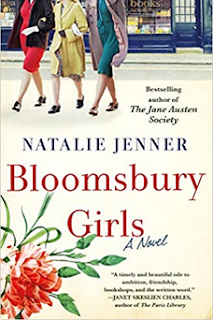 It felt like unexpectedly running into old friends—in fact, when Yardley later shows up at the shop, I was as surprised as Evie ended up being (the joys of pantsing!). It was as simple and as logical as that.

Q: What do you think the novel says about the role of women in the British literary world in the post-WWII period?

A: Novels have an interesting history of readership: one thing I learned from researching what turned out to be my first book, is that until later in the last century, men were at least as avid readers and reviewers of Jane Austen as women.

In the first half of the last century, science fiction and fantasy, mystery, psychological thrillers, and romances really took off (today we could add legal thrillers, chick lit, beach reads, and a host of other categories).

I think by mid-century, with movies and television starting to dominate the cultural landscape, advertisers began honing in on demographics, and this simply never serves less powerful social groups well.

For all the talk that women made the purchasing decisions for the home, men still ran most newspapers, magazines and journals, and I think it’s natural to gravitate towards whatever is pitched as being for you.

The end result is that after the war, I think women in countries with powerful media often had a bit of an uphill battle in getting attention for their work.

There were always exceptions—Du Maurier, Agatha Christie, Patricia Highsmith—and as an author, I live in the world of exceptions, because that is where possibility lies, and it is because of the efforts of all women writers that someone like me has a job today.

Q: The characters include some actual historical figures--what did you see as the right mix of history and imagination as you wrote the novel?

A: I am a former lawyer and I tend to edit down as I write, approaching every new word from the position of less-is-more. So when an historical figure did pop up on the page, my only concern was how their presence would propel my characters’ story forward.

A good example is Clarissa Spencer-Churchill, about whom many books have been written and who led a wonderfully robust and adventurous life.

I wasn’t going to include her at all in the book, until I discovered that she had worked alongside Sonia Blair (George Orwell’s widow, who was already a major cameo character in the story) at the literary journal Horizon, which was about to become a major plot point as I wrote.

So I was thrilled to have an excuse to give her a tiny moment in a party scene.

A: I am working on another stand-alone book that brings forward a new character from Bloomsbury Girls, the disaffected shopgirl and budding playwright Vivien. She will end up working as a script doctor at the Cinecittà movie studio in Rome in 1955, which is totally satisfying this former cinema studies undergrad.

A: I am still mostly at home due to a family member who is at the highest risk of severe Covid, and the emails, encouragement and support from readers who enjoy my books has been the greatest balm for both my husband and me as we muddle our way through this challenging time for everyone. I am so grateful to you all.