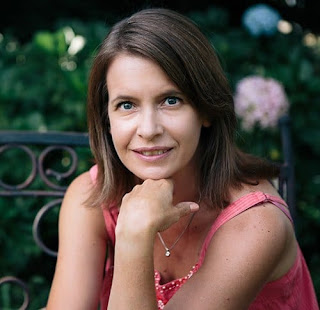 Fiona Snyckers is the author of the new novel Lacuna. The book takes on some of the issues raised in J.M. Coetzee's novel Disgrace. Snyckers' other books include Now Following You, and her work has appeared in publications including The Times and The Sunday Times. She lives in Johannesburg, South Africa.

Q: In your author's note, you write, “This book is not a retelling of J.M. Coetzee's Disgrace. It is also not a sequel to Disgrace. It establishes an intertextual conversation with Disgrace.” Why did you decide to write Lacuna?

A: I decided to write Lacuna because there were aspects of J.M. Coetzee's Disgrace that bothered me. I eventually settled on the medium of fiction as the best way to respond.

Q: The Kirkus Review of the book calls it “A novel that questions the right of an author to appropriate stories as it defends the right of the character to live them.” What do you think of that description?

A: I think it is accurate inasmuch as my book raises questions that it doesn't answer in any definitive way. The question of how far an author can go in telling someone else's story remains unanswered. 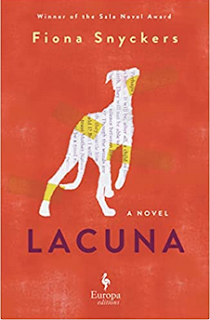 The book suggests that any author may tell any story, provided they are prepared for the consequences of what they write. Anyone who objects to what someone has written is free to create their own story in response.

Q: What role do you see the character John Coetzee playing in your novel?

A: The character of John Coetzee is a kind of “white whale” antagonist for my main character, Lucy. Most of her conflict with him exists in her own mind. She projects her fears, disappointments, and trauma onto him.

Q: Did you know from the beginning how your story would end, or did you make many changes along the way?

A: It took me several years to write Lacuna. I didn’t have a clear idea of the ending when I started out. Various plot twists revealed themselves to me as I went along.

A: I am currently working on two projects - a thriller/domestic noir novel, and a literary novel.

A: Lacuna evokes strong reactions in readers - particularly in admirers of J.M. Coetzee. I knew I was “poking the bear” when I wrote it, but I had no idea how intense some of those reactions would be. I have had to take my own advice and accept the consequences of what I write.