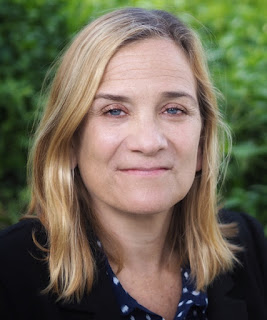 Tracy Chevalier is the author of the new novel A Single Thread. Her other novels include Girl with a Pearl Earring and The Last Runaway. She lives in London.

Q: Why did you decide to set your new novel in early 1930s Winchester, England, and how did you come up with the idea for your character Violet?

A: It started with the idea of setting a novel in a cathedral. Then I had to choose one, and headed to Winchester Cathedral as it has so many delicious stories attached to it – including Jane Austen being buried there.

As I looked around I came across a set of cushions and kneelers/hassocks that had been embroidered by a group of women in the 1930s, and knew right away I wanted to write about them. So that is how the early 1930s came about.

I thought I would write a gentle satire about the petty politics of a volunteer group, and all the “types” you get – the bossy one, the one drunk with power, the person who always arrives late, the one who gets bullied, the one who never says anything. So I created my heroine Violet Speedwell and dropped her into the group to see what would happen. 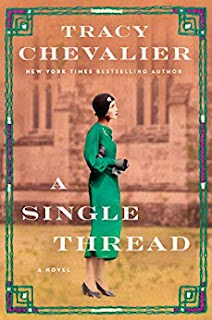 Q: What do you think the novel says about the legacy of war, and how that legacy affected the lives of many women during this period in England?

A: Most novelists go for a war to write about – World War I or II. I found the interwar period even more interesting. World War I had such a long-lasting and profound effect on British people – everyone lost someone, and the country was realising it was no longer the strong colonial power it had been.

In particular, women were affected. There was a census taken in 1921 that discovered there were almost 2 million more women than men in Britain.

This meant a lot of women who thought they would marry, didn’t. The newspapers called them “surplus women.” I know, charming! They were looked down on, pitied and despised. 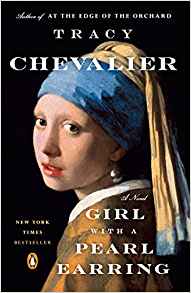 There were few career opportunities for women then, and they were paid much less than men so that it was hard to live independent of their families. I decided to create a heroine who is dealt that hand and decides to turn it and create an independent life for herself.

Q: You note that you did research for this novel on needlepoint, bellringing, and many more topics. What did you learn in the course of your research that especially surprised you?

A: I discovered just how complicated English bellringing is! It isn’t just pulling a rope and listening to the bell ring. It requires a lot of coordination and paying attention to what everyone else is doing. It takes years to get any good.

I also did a bit of needlepoint so I could describe more accurately what the women were doing.

The thing that really surprised me was...well, it’s a spoiler so I have to be careful. Put it this way: the cushions and kneelers have beautiful elaborate designs, including some surprising symbols! When I discovered those I realised I had to rethink a number of things. But it made the book all the richer for it. 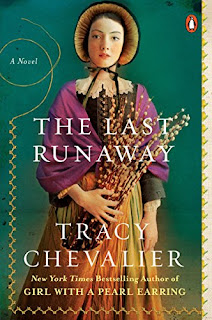 A: Oh, the title! It is hard to find the right title, then when it comes you think, Perfect! Why was that so hard to reach?

I must have come up with at least 100 titles, none quite right. You want something that is memorable, visual, hinting at the essence of the book without being too descriptive or prosaic.

Luckily my editor’s assistant suggested A Single Thread and I thought YES. It refers to Violet’s single status, the threads of her life and embroidery, and the idea that one thread – one act of rebellion – can change things.

A: I am working on a novel about Venetian glass beads, which were made on the island of Murano  and used in trade all over the world. It will span the 15th to 21st centuries, and requires lots of research trips to Venice. Oh, the hardship!

A: Yes – amazingly, Girl with a Pearl Earring is 20 years old! It was published in August 1999 in the UK and January 2000 in the USA. I can’t quite believe it’s been that long. Next year it will be an opera, at Zurich Opera House. Very avant-garde music. Pretty wild – I can’t wait!

--Interview with Deborah Kalb. Here's a previous Q&A with Tracy Chevalier.
Posted by Deborah Kalb at 8:25 AM