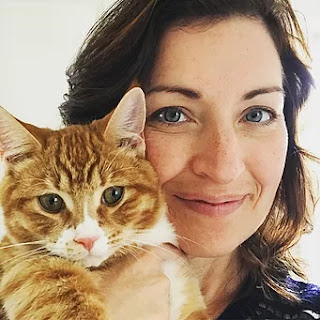 Ashley Spires is the author and illustrator of the new children's picture book Fairy Science. Her other books include The Most Magnificent Thing. She lives near Vancouver, British Columbia.

Q: How did you come up with the idea for Fairy Science, and for your character Esther?

A: I'd been wanting to do a fairy book for years but I couldn't land on a solid enough story.

During all the failed drafts I tried to look at fairies from a new angle. I love writing stories about the little misfit that sees the world differently from everyone else and what could be more different for a fairy than a magic-disbelieving scientist? 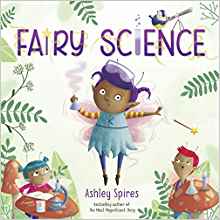 Add in the element of getting to encourage girls towards STEM subjects and the importance of facts and it all came together!

A: This story started as text first but I always dive into character design as soon as I get a story idea. I like to know what my protagonist is going to look like as I work through the first few drafts.

Then I move into drawing it, but the text changes and the illustrations change throughout the rest of the project so they really evolve together. I always have to stay open to things changing as the project becomes more and more fleshed out. 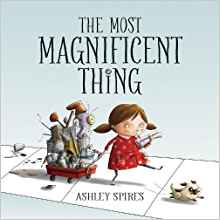 Q: What do you think the book says about the relationship between science and magic?

A: I think it gives a healthy dose of facts while still encouraging the reader to believe in whimsy. Sure, Esther sees the world in a practical way, but she's still a fairy with wings who flies around in her forest home.

I hope that it will push kids to explore the world and make discoveries like every good scientist does, using both logic and their imagination.

Q: Which author-illustrators do you particularly admire?

A: Wow, how much time do you have? The work being created now is just SO GOOD. 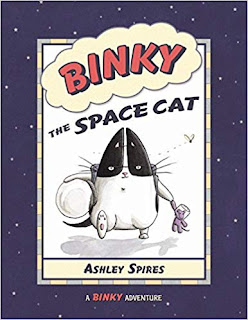 A: I am just putting the finishing touches on the second Fairy Science book! Next I'll be illustrating a book for the AMAZING Ame Dyckman before moving on to a few graphic novels that I am both writing and illustrating.

A: In addition to my books, I'm consulting on Agent Binky: Pets Of The Universe, the animated series created by Nelvana Studios that is based on my Binky The Space Cat graphic novel series. The first season is airing on Treehouse in Canada now.

And my book The Most Magnificent Thing was made into a short animated film (also developed by Nelvana) featuring the voices of Whoopi Goldberg and Allison Pill. The film is currently touring festivals worldwide.