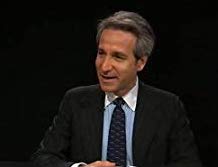 Andrew Blauner is the editor of the new book The Peanuts Papers: Writers and Cartoonists on Charlie Brown, Snoopy & the Gang, and the Meaning of Life. His other anthologies include Coach and Brothers. He is the founder of Blauner Books Literary Agency.

Q: How did you end up compiling this book about Peanuts?

A: There were multiple steps, seeds along the way.

The first was planted, I reckon, probably the moment I held my first Snoopy, then perpetuated when I saw the holiday TV specials, when I was still little.

After that, I started reading the strip, and odd—or not—it was, to this day, the sole comic strip I have ever had any interest in, the only one with which I engaged, the only one that resonated.

Fast forward, then, to about 20 years ago, when, thanks to a fortuitous, byzantine chain of events, I got to meet Charles Schulz, spend a little time with him, and exchange some letters with him during the last year of his life.

In the interim, my work as a literary agent aside, I started to compile these anthologies, as pet projects, labors of love, typically on topics and themes that were near and dear to me. 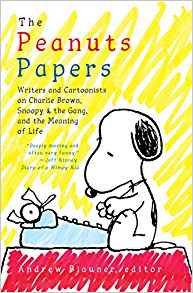 The word “anthology” comes from the Latin word, loosely translated, for “bouquet.” I wanted this book to be that. A love letter, really, to Peanuts.

But in order for it to work, it needed a tapestry of voices, the apprehension being that it might end up homogenous, monotonous.

Q: How did you decide on the order in which the essays would appear in the book?

A: Generally speaking, with these projects, I always try to be mindful of the mix, and even though it is a collection of erstwhile independent pieces, try to engender a flow, a rhythm, a sense of a story, almost, that is unfolding.

But in this instance, I give major credit to Jim Gibbons, the in-house editor of the book, at Library of America, who was utterly masterful in helping to craft the book, including and especially helping to decide the sequence of the contributions.

Q: What do you think accounts for the ongoing popularity of Peanuts? 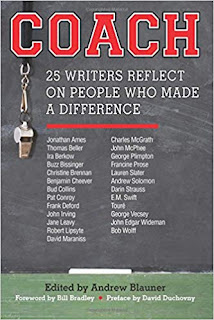 A: People sometimes ask, about some books: what question does the book purport to answer. I did not approach or create this one with that in mind; however, to the extent that that applies….that is probably THE question that the book begs to answer.

And yet, part of the magic and mystery of it all is that, in many ways, it’s ineffable, the transcendence is inexplicable, or at least one to all kinds of conjecture, interpretation.

At its peak, the greatest and most iconic comic strip in history appeared in 75 countries, 2,600 newspapers and over 20 languages every day for five decades, and had a readership of over 355 million.

It’s axiomatic that we live in a highly polarized culture.

Peanuts is the most recent and arguably final example of a great American work of art loved broadly and without reservations by the masses, the elite, and everyone in the so-called middle. Peanuts ranges across the ideological spectrum, meeting a rainbow of readers in virtually every locale. 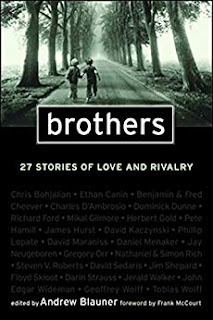 Among its core beliefs are that life can be hard, perseverance is required, joy is fleeting but attainable, and imagination is essential.

Put one way, Peanuts is about friendship and love, loneliness and losing, hope and happiness, faith and frustration. Put another way: it’s about everything. How could, anyone, anywhere, at any time, not relate?

Q: Do you have a favorite Peanuts character?

A: I love them all, as an ensemble, and thanks to the book, I have a great appreciation of and affection for some of the others that I did not have before, but a favorite: Snoopy forever.

A: As an agent, always working on a whole host of things, a variety of projects, but as an anthologist, my next—and perhaps last—is likely to be about Henry David Thoreau.