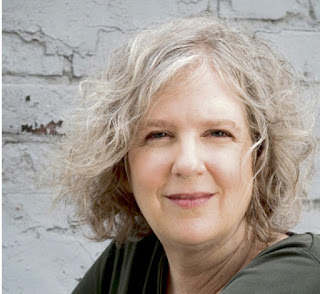 Edeet Ravel is the author of A Boy Is Not a Bird, a new middle grade novel for kids. Her other books include the novels The Cat and Ten Thousand Lovers. She lives in Guelph, Ontario.

Q: A Boy Is Not a Bird is based on the experiences of one of your teachers. Why did you decide to tell his story?

A: Nahum Halpern was my teacher when I was 10. He was loved by everyone in the school. It wasn't anything specific that he did -- as with many great teachers, it's ultimately who they are that makes them memorable and that has such a profound effect on their students. Maybe it's different today -- or maybe it's still possible for a teacher to have that kind of influence -- I hope it is.

Mr. Halpern (as I still think of him, all these years later) projected the joy of being alive along with profound generosity, a love of teaching, and kindness as a way of life. That's why his stories about his childhood, which he told us every Friday, remained with me and I'm sure with many others.

It was only much later that I understood the context of the stories. I wanted to bring those events to life and at the same time write about the historical phenomenon of exile to Siberia under Stalin's totalitarian rule. 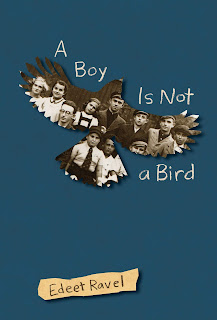 Q: What did you see as the right balance between the historical facts of Mr. Halpern’s life and the fictional version you were creating?

A: I asked Nahum whether it was okay to fictionalize his experiences. He was, as always, enthusiastic and supportive. Quite simply, he trusted me. He didn't ask to see my early drafts, though I was in touch with his daughter Dafna, and I sent her everything I wrote before it went to the editor. Her support was crucial to the project.

Nahum told me, with typical generosity and kindness, "The story is all yours to do with as you like." He knew that I would do my best to be true to the facts while adding fictional characters and events. I researched every detail, as I didn't want to make any errors in terms of historical accuracy.

Nahum read the book only after it was published, and was very pleased -- his only disappointment was that in the novel Natt is two years older than Nahum was in real life. Nahum was 10 when he was exiled to Siberia with his mother, and the courage and intelligence that allowed this small boy to cope with catastrophic and traumatic events is indeed remarkable. 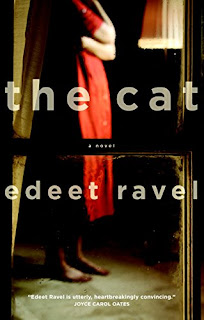 He was brilliant, and at 10 he was as mature and capable as a young teen. There are hints in the book of this aspect of Natt's character, and I plan to develop them more fully in the sequels.

A: The image of birds kept cropping up as I wrote. We read about refugees in the news -- families fleeing war and violence, parents running for their lives with their children, because anywhere is better than where they are -- they are desperate to survive. The displacement and homelessness that typically follow is very sad.

In spite of what Natt's mother tells him when she tries to reassure him that after the war all will be well again, and that war is a temporary dispersion, they are all in danger. Everyone who was in danger longed to escape as the shadow of World War II crept over them, but only a lucky few succeeded.

I was trying to think of a title for the novel when the memory came to me of an East European movie I'd seen when I was at university -- A Man Is Not a Bird. The title conveyed that sense of longing and frustration that Natt's mother is both expressing and trying to conceal. I adapted the title -- it may be a quote from a poem. 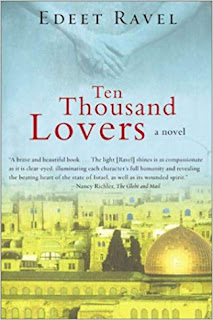 A: I was writing about resilience and courage, as well as the power of loving connections and compassion between people. I think of Natt's teacher, who is already in trouble with the authorities, risking so much in order to give Natt the book he loves to take with him to Siberia -- luckily, in the upheaval of exile, no one notices.

I was also writing about the dangers of totalitarianism and the blind worship of authoritarian leaders.

Above all, I want my readers to enjoy the book. Every reader will find something different in a work of fiction, and understand it in their own way. As readers, we are all unique, and if a story becomes personal in a positive way for any reader, that is the most an author can hope for.

Q: This is the first book in a trilogy--are you working on the other two books now?

A: Yes, I've already started working on the second book, A Boy is Not a Hammer. It's based, again, on the amazing story of Nahum's life in Siberia.

A: To anyone who reads A Boy Is Not a Bird -- thank you for spending time with Natt and his friends and family. I hope you have someone like Mr. Halpern in your life. If you do, learn as much as you can from them -- it will stand you in good stead all your life.