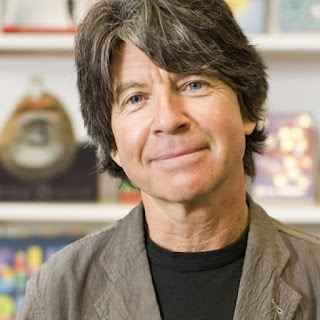 Anthony Browne is the author and illustrator of the new children's picture book Little Frida. His many other books include Hide and Seek and Willy and the Cloud. He is a former greeting card designer, and was the UK Children's Laureate from 2009-2011. He is based in the UK.

Q: Why did you decide to create a children's picture book about the young Frida Kahlo?

A: Little Frida is a story I had been trying to write for about 15 years, but always struggled to translate the idea into a book. I’ve always liked the paintings of Frida Kahlo but really fell in love with her work when I visited her house in Coyoacán, Mexico.

After reading many books about the artist I learned of a story Kahlo once told of an imaginary friend she had as a child. She had a vivid memory of drawing a door in the condensation on her bedroom window, which she was able to open and climb through into fields beyond. 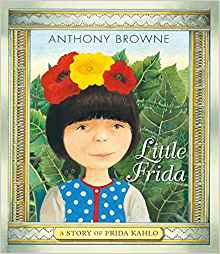 At that time Frida was very ill and struggled to walk, but in the fields she was able to run. In her memory she met a girl who looked just like her, but unlike Frida she couldn’t talk. Instead she communicated through dance – something that Frida was unable to do herself.

It struck me that Frida’s imaginary friend was in fact her alter ego and there was a strong connection with the silent girl and the many self-portraits that Kahlo painted throughout her life.

Q: What did you see as the relationship between your own illustrations for the book and Kahlo's own style?

A: I like the obvious surrealist nature of Kahlo’s paintings (a movement that has greatly influenced my own work) but I also enjoy reading the many visual clues that Kahlo includes in the background of her portraits, telling us what is really going on in her emotional and mental state. 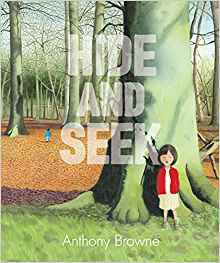 This is a technique that I also like to use in my own illustrations, as I find it’s a great vehicle for telling parts of the story that the words cannot.

Q: Did you work first on the text and then on the illustrations, or vice versa--or simultaneously?

A: The words and pictures came together more or less at the same time. After having the idea for the story I drew out a series of 24 rectangles (representing the 12 double-page spreads which form the main part of a typical picture book) and filled them with very rough drawings and scrawls of text.

In my mind there is always a kind of animation to the idea, and I view my storyboards almost exactly as a filmmaker would. Rather than the fixed pictures they will eventually become, I view the boxes as frames or scenes from the story, with a clear sense of progression through time. 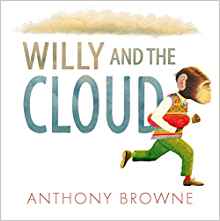 “Playing out” the book in this way ensures that the visual and the textual always come to me at the same time.

A: I hope children will enjoy the book and perhaps identify with the character of Frida.

A: I am currently working on The Elephant Book, a reworking of an unpublished book I wrote in 1974 to present to my future publisher (Hamish Hamilton) as an example of my graphic style and abilities. The book is very naïve and of its time, but I’m enjoying going back to my beginnings as a picture book maker and using the experience and skills I now have.

A: Our Girl will be published towards the end of next year. It is the next book from the My Mum, My Dad series and is based on my own daughter and granddaughter.