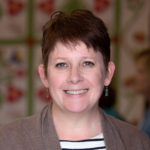 Frances O'Roark Dowell is the author of The Class, a new middle grade novel for kids. It focuses on the members of a sixth-grade class. Her many other books include Dovey Coe and Trouble the Water.

Q: How did you come up with the idea for The Class, and for the various kids in the story?

A: I was thinking about how fun it would be to tell a story from the point of view of every student in a sixth-grade class—to get the big picture by painting a lot of small pictures.

I thought maybe I could do it through linked stories, and that’s essentially what the first draft was—the stories were chronological, and there were events that were commented upon by more than one character, but there wasn’t an overarching narrative thread that pulled the stories together into a novel.

My editor, Caitlyn Dlouhy, felt it would be better to connect the stories more closely—which is to say, she wanted an actual plot. 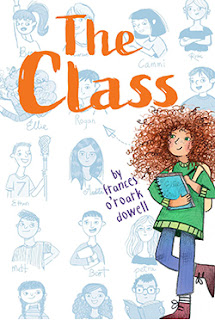 As for the various kids in the story, I wanted to look at people who fit various stereotypes--the mean girl, the jock, the popular jokester, the hyperactive boy, etc.--and find the real people inside of them. There are also characters in The Class who are harder to peg, the average kids who aren't known particularly for one thing or another.

I wanted to give each of them a story that showed them to be unique and interesting individuals--as we all are, of course, even when others don't see what's especially special about us.

Q: You tell the story from each sixth grader's perspective. Did you plot it out before you started writing, or did you change it around as you wrote?

A: I never plot anything before I start writing—I find I lose interest if I know where the story is going. As a result, I do lots and lots of drafts because it takes me a while to figure out how to get a story right.

Most of the characters stayed more or less the same throughout the many drafts of The Class, but I kept rebuilding and refining the plot.

Q: The book takes place over one month. How did you decide on that time frame?

A: I’m asking a lot of younger readers by presenting them with a new character every time they start a new chapter. The story has to have some sense of urgency to it to help readers stay invested in it, which means things need to unfold at a faster pace. 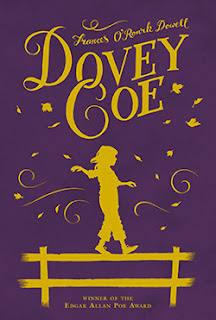 If I’d stretched the story over a period of several months, I’m not sure it would have worked.

A: That you can’t tell much about people’s insides by looking at their outsides. Some of the kids in the class roll their eyes at Becca, for instance, because she’s such a goody-goody.

But the reader eventually learns why Becca works so hard to be a teacher’s pet, and they come to understand some of the reasons Matt is a bully and Henry's so irritating.

I also think The Class is a story about how you can build community among pretty different people. I like how the kids come together to solve the Sam mystery and find a way to keep Mrs. Herrera from getting fired. They have different skills and strengths that they lend to the cause. 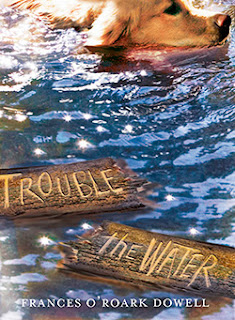 A: I’m putting the final touches on a nonfiction book for young writers—it’s called How to Build a Story, and it’s essentially a short story workshop in book.

I teach a lot of writing workshops, and I find that kids are great at coming up with ideas for stories, and they’re good at starting stories, but a lot of them lose steam after a few pages, mostly because the middle of a story is the hardest part to write.

How to Build a Story takes the writer from the very beginning of the process all the way to the bitter (and not so bitter) end. I've been using the method outlined in the book for a couple of years now, and it really does seem to work!