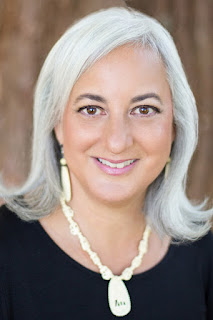 Tara Lynn Masih is the author of the young adult historical novel My Real Name Is Hanna, which takes place during World War II. Her other books include the story collection Where the Dog Star Never Glows. She lives in St. Augustine, Florida.

Q: You note that your novel was inspired by a real person, Esther Stermer. How did her life story inspire you to create this book?

A: What drew me to this story was the incredible Stermer family. They outsmarted the German army, Gestapo, and local police, who were pursuing Jews at the time.

Keep in mind there was no social media, no radios or phones even to relay what was taking place in the vast majority of the farming community. So when Jews were ordered to gather in town centers or in fields, or were told to wear arm bands and register, while it might have seemed worrisome to many Jews, it didn’t always automatically signal to people that it meant imprisonment or death.

Esther Stermer listened to her intuition and knew not to trust these Germans. She insisted her family not respond to calls to gather and to keep hidden whenever possible.

She was a strong woman who at one point even held off the Gestapo using her presence and words alone. She was able to shame them into not taking her and most of her family when their first cave was invaded. She’s the ultimate definition of a strong woman.

I also loved that the family kept their faith and mental strength while doing what many readers have told me would be impossible for them to do—survive in underground caves for almost two years. The image of the earth cradling them in this protective, womblike atmosphere was compelling. And I felt it was a story that needed to be told, though I use a fictional family to relay the events. 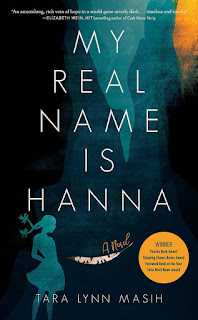 A: The first thing I did was get hold of the Stermer autobiography. I needed that firsthand account.

From there it was a matter of branching out to the general history of World War II in Ukraine. I relied on the graciousness of museum curators, librarians, Holocaust and Ukrainian culture experts, historians, and Holocaust survivors who helped flesh out the daily details, geography, and events that took place in Western Ukraine.

What surprised me most? The fact that Jewish Ukrainians had assimilated for the most part into the Ukrainian culture to the point where many were sharing clothing, customs, food, festivals, classrooms, and so on. It made the betrayal of their neighbors even more unfathomable to me and showed how fragile all of our relationships really are and how tribalism is so easy to stir up by the wrong people.

But what surprised me more were the stories of upstanders who risked not only their lives, but the lives of their fellow villagers and their own children. One punishment for helping a Jew was to burn down the whole village, women and children included. That neighbors did still help, knowing their children could be killed, leaves me amazed and inspired.

Q: As you wrote the novel, what did you see as the right balance between Esther Stermer's life and the lives of your fictional creations?

A: That’s a really good question and one I haven’t been asked before.

As mentioned, I fictionalized the family and town. I didn’t want to steal the Stermer story. I adopted some of the events and survival skills they used, but their story remains theirs to tell. 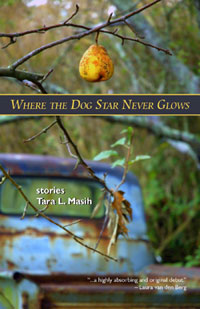 I did set the novel in a similar geographical area, used a map of their town to loosely arrange mine, but I sent my family to the forest first. I wanted to capture the story of many of the Jews who fled into different hideaways. So the reader can be assured that if it something happens in the novel to my fictional family, it happened to the Stermers or to other families in Ukraine.

A: I hope they take away the enormous ability many of us have to survive under the harshest conditions, and that often what helps people survive is to believe in something greater than oneself. That can be different things to different people: family, faith, or art.

I also want people to keep in mind how important it is to be an upstander. Upstanders are the first line of defense against genocide. The sooner people stand up, the less likely it will be that dictators can manipulate people to act violently and that armies can be formed to enact a dictator’s will. One reason Hitler was able to rise to power was because the military leaders around him hesitated in their dissent.

A: Another World War II novel, this one set in the United States and once again inspired by a true story. All I’ll say at this point!

A: When I began this novel, there were 12 living cave survivors. Today, there are only two. It’s important that we capture these stories while survivors are still around to verify facts and truths.

And I’m told often that children today don’t know what the word Holocaust means. Teaching Holocaust literature needs to be brought back into the curriculum, because it increases empathy. To that end, we have an extensive teacher’s manual that’s free to download from my website and Mandel Vilar Press’s site.

Thank you so much for your questions!