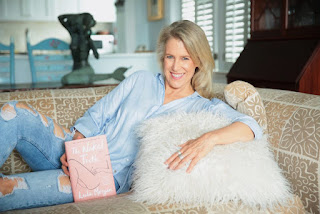 Leslie Morgan is the author most recently of the memoir The Naked Truth: A Divorced Mom, Five New Lovers, One Audacious Adventure. Her other books include Crazy Love and Mommy Wars. She has worked for The Washington Post and is a speaker on women's leadership issues. She is based in Washington, D.C.

Q: At what point did you decide to write The Naked Truth—was it after you went through these experiences, or during?

A: I had no idea when I was doing it that it would make an amazing book. I was just living it.

I was getting divorced—it took a long time. It was awful. People were saying, You should write a book about divorce. I said, No, it’s negative and painful.

One day a wonderful friend of mine said something about it. I said my normal response. He said, No, a book about what you’re doing right now—that’s cool! A light bulb went off in my head, and I started writing.

Q: This is not the first memoir you’ve written—but this one was different?

A: This was different. It was so personal. I said I will write about anything but sex—but I was writing about sex. I had to decide how much sex. But it was graphic and explicit—that was the beauty of it. And the world has changed. Women are more open about sexuality and body parts. It wouldn’t be honest to have a soft fade.

A friend said, I love the book, but no man will date you and you’ll never be invited to a dinner party in Washington, D.C. That was so old-school!

I went to a guy friend, who said, No, this will be a great screening device for you—you’re really confident, you love sex, you’re really open. And that’s what has happened! The quality of men I date now is very different. If you write a memoir, it’s inevitable that it will impact your life.

Q: Was it difficult at all to write about these personal experiences? 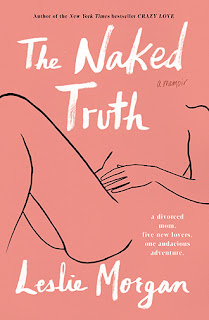 A: It was so fun to write about. But Jake [a relationship in the book] was difficult. That was so painful. I had already sold the book [when we broke up]. I thought it would have a beautiful ending, but the day I signed the contract was the day we broke up. The cold writer part of me thought, The ending just got better.

It got me through the breakup by writing about it. It helped me focus on the future. I was so disappointed in myself. I’m a strong, smart feminist, so how could I be so damaged—but I was. He was a healer and a destroyer.

A: Authors don’t get to choose the title. It’s a delicate negotiation dance with the publisher. I thought it was a great title from the beginning. The words that most describe the book are “naked” and “truth.” I had to fight and push for it.

I like that it had been used before, and I like short titles. I won on the title and lost on the cover design. I wanted it to be really racy. They won, and they were right—my agent and Simon and Schuster. 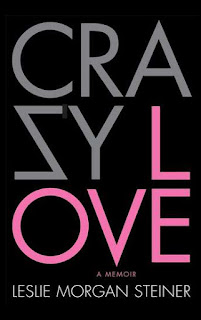 A: The statistics are really terrible about aging and female sexuality. I travel all over as a public speaker. Women are afraid of aging and losing their sensuality. Thirty percent of women in their 50s have not had sex in a year, and 50 percent of women in their 60s. It’s part by choice, and that’s wonderful if it’s by choice. And it’s part because we get the message that we’re not attractive.

I want to change that. We may be more wrinkled, but we’re more comfortable in our bodies. I found that so many women do [what I did] and take several lovers after a divorce. Men do it openly, and women in secret.

I want older women to be more open about their sexuality. It’s a wonderful thing if you’re 20 or if you’re 70. In some ways it gets better. A lot of much older women are still enjoying sex. Our culture or a bad boyfriend or Donald Trump shouldn’t take that away from us.

I was shocked by how much men appreciate the book, and married couples love the book. It can be used as a marital tool to talk about what’s working and not working in a relationship, to bring a new infusion into married couples’ lives and make sure they are getting the most out of it.

Q: Given today’s politics, what do you see looking ahead for these issues?

A: I’m deeply feminist, and optimistic. The backlash toward women was inevitable. If Hillary Clinton had won, it could have been worse. A lot of men are really threatened by women being empowered. Women responded powerfully and vocally. The women’s march the day after Trump’s inauguration, the #MeToo movement. Women are going to be just fine. 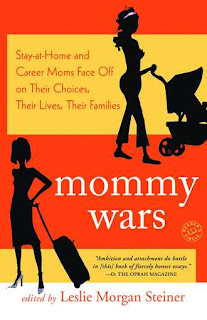 A: I never really know my next project until I’m deep into it, but I would like to write a book about all the men in my life who have shaped me. Men give me unbelievable material.

A: There are two questions people ask. One is what do the men I write about think of the book? When it was about to be published, some were still in my life. I called all of them. It was so wonderful—it was a great opportunity to thank them. They all said, I want to thank you.

It’s a really good counter to people who say you’re using those men, or they’re using you, they only want sex. Unless it’s a paid transaction, at any other time, there’s a connection.

The other question is, What do your children think about the book? I’m proud of the way I raised my kids. This is not a book they or any other children on earth would want their mother to write! But with the stereotypes of motherhood, you have to hide part of yourself, and my kids really know who I am.

Over time, they’ll appreciate it, but it’s too much to expect them to see it now. There are many women and writers who would not have published this, but I felt very strongly that I had to do it. You have to balance putting yourself first and your kids first, and trust that they love you enough to see that their mom needed to put herself first.

I’ve put my kids first for decades, and they’re great kids. I have had a hard time putting myself first. I hope people take the message that it’s necessary to say, I come first. It’s a message for some men too.

--Interview with Deborah Kalb. Here's a previous Q&A with Leslie Morgan.
Posted by Deborah Kalb at 7:28 AM