Helene Dunbar is the author of the new young adult novel We Are Lost and Found. Her other novels include These Gentle Wounds and What Remains. She lives in Nashville.

Q: How did you come up with the idea for We Are Lost and Found, and for your character Michael?

A: In a way, this book was always in the back of my mind and  I was just waiting until I was a strong enough writer to tackle it.

I was talking to someone recently who mentioned how impossible it is to explain how invasive and prevalent the AIDS crisis was in the ‘80s. I wanted to capture that time on the cusp of the crisis before much was known about AIDS and before it became such a defining element in so many people’s lives.

In 1983, those in Michael’s age group weren’t demographically at risk, but we didn’t know that. My friends and I didn’t know that. And, in a way, fear of the unknown is a special type of fear because anything - down to the worst things you can imagine - are possible.

I’d been waiting for a book that captured this in the same way that it felt to me at the time (1983 was my senior year of high school), but I never really found one.

As for Michael, I see him as a sort of “everyman.” He’s trying to hold his friends together, his family together, and ultimately hold himself together. And he needs to prioritize those sometimes-conflicting goals throughout the course of the book.

Q: You write that, like your characters, you "came of age in the shadow of the storm that would become the AIDS crisis..." Did you need to do any research to write the novel, which is set in the early 1980s?

A: In a way, this was the easiest book to write because so many of the details came from my life and the lives of my friends at the time.

Dial-a-Daze, the fried clams at Howard Johnson’s (and James drinking through their graphic cocktail menu), Becky’s newspaper articles, her having a key to her school’s roof, all of that was taken from my experience and that’s only the tip of the iceberg.

Where I did put my energy though, was in ensuring that I got the details of the AIDS crisis correct. 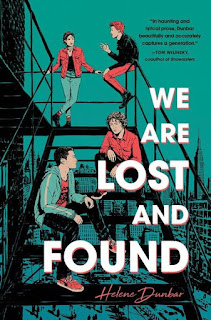 I remember most of the AIDS-related news of the time. I followed it closely and then worked for a state government writing grant funding proposals to the CDC in the early ‘90s.

So my main challenge was making sure everything I referenced was specific to 1983 and then writing Michael’s story around those historical facts that were date-specific.

I tend to move elements around a lot within my manuscripts and that was particularly problematic in this book because the details needed to serve the historical timeline as well as the characters’ emotional arcs.

Q: The book takes place in New York City. How important are setting and location in your novels?

A: I wouldn’t say that settings are universally important in my novels, but this book was different. It was important to me that the reader could “feel” what New York City was like in 1983. It was very different than it is today and very different from anywhere else I’d been at the time.

New York City was really the epicenter of the AIDS crisis, so the story is very much tied to the location and I wanted that to be as immersive as possible for the reader.

The vignette style was actually part of that.

One of my favorite books (It Was Gonna Be Like Paris by Emily Listfield) is set in the ‘80s in New York City and the vignette style really felt edgy and quick and sharp, which is how the city felt to me in the ‘80s. I wanted the feel of capturing snapshots of isolated moments in time. 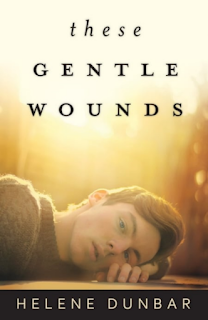 A: It was important to me to capture a time that seemed like it was fading from memory in some ways.

I recently said, at an event, that there is a difference between going camping and being told there is a bear wandering through the woods, eating people - that is a very specific type of fear – and going camping and hearing rustling and screams outside your tent and not knowing what in the world was happening.

That second fear is far more horrifying in some ways because you don’t know how to prepare for the eventuality of the event, because you can't name it.

I was also frustrated that I could only find books revolving around dying uncles and closeted fathers.

While that grief is real and valid, and I understand why authors have taken that approach, it didn’t mirror what I and my friends went through. We truly didn’t know if we were at risk or not and no one could tell us definitively.

I felt as though there was a story that had been left out of the canon.

We were all changed by what was happening, what would come, the government’s inaction, and the vast loss of a generation. 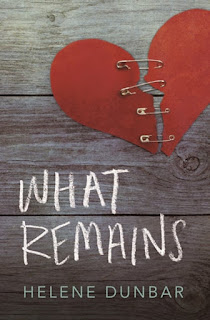 But people didn’t stop falling in love. They didn’t give in. They fought. They still do.

I need teens to know that yes, science has come very far and changed so many lives, but this disease is still devastating some mostly marginalized communities and there is still a fight to join.

That’s why the afterwords are so important to me.

Ron Goldberg, who was ACT UP New York’s “chant queen” in the ‘80s and ‘90s writes about this so eloquently in his piece about being a young, gay man in New York City at the time.

And Jeremiah Johnson of Treatment Action Group and Jason Walker from VOCAL-NY somehow manage to capture both the history and current state of HIV/AIDS prevention and medication initiatives in amazingly few words in their own afterword.

A: My next book, Prelude for Lost Souls, comes out on Aug. 1, 2020. It’s a paranormal, but very much grounded in the real world.

It’s set in St. Hilaire, N.Y., a gated community where everyone works as mediums, talking to the dead, and, in the summer, tourists come and pay to get in, hoping to speak to someone who has passed.

The story focuses on two best friends, Dec and Russ.

Dec comes from a long line of mediums, but wants nothing to do with it and is determined to leave town before he gets drafted into the Guild, which is the sinister town leadership.

Russ is a talented medium, but feels like joining the Guild is his only hope for a future, so to get noticed, he embraces some dark and potentially life-threatening forces, including the enigmatic and manipulative ghost of his ex, who has become the most elusive ghost in town.

The unexpected arrival of Annie Krylova, a piano prodigy whose music has been Dec’s main source of solace, sets off an unexpected chain of events that forces everyone to define themselves and their allegiances.

If you didn't see, We Are Lost and Found has been optioned for film/TV by Ill Kippers Productions, a new company headed by Nicolaj Coster-Waldau (who played Jamie Lassiter on Game of Thrones).

Julian Morris from Pretty Little Liars will also produce, and I couldn't have asked for a better group of talented artists and empathetic humans to trust with this story.