Niall Williams is the author of the new novel This Is Happiness. His many other books include History of the Rain and Four Letters of Love. He lives in County Clare, Ireland.

Q: How did you come up with the idea for This Is Happiness, and for your character Noel Crowe?

A: I never know where an idea comes from. I generally only start with a sentence, and see where that leads.

But, having moved with my wife Christine to the west of Ireland in the mid-1980s—an account of which became the first of our four non-fiction books, O Come Ye Back, published in New York by Soho Press—I was struck by the fact that people could remember The Day the Electricity Came.

And this seemed to me a threshold time in Irish life, when, halfway into the 20th century, the west of Ireland was still living in the 19th. 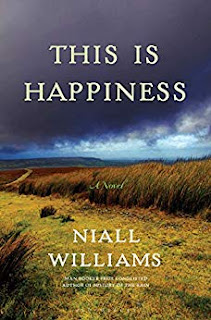 Q: The novel features your protagonist as an older man looking back at himself at 17. Why did you decide to structure the book that way?

A: I didn’t want to write a “historical” or period novel as such, by just setting it in the ‘50s.

I think many of us also have a time in our youth, maybe a very brief time like a summer or a few weeks when we were first most alive, or, as the narrator says, first discovered what it meant to be a fully human being, by which I think he means to have encountered the twin polarities of love and death.

Also, of course, I am an old man myself, and know something of what it feels like to be looking back at a raw younger self. 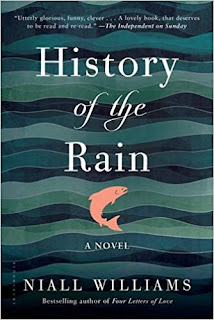 Q: The book begins with the line "It had stopped raining." What role do you see the rain playing in the novel?

A: So many people have asked me after reading my previous novels, “Does it really rain that much in Ireland?”—to which my answer is generally yes.

And now this question about the stopping of the rain pops up. For me, as for the narrator, it first signals just “something is happening,” something has changed.

But because of the angle of the narrative, where there is this mythic or fable quality, as is fitting for most of our pasts I think, the stopping of the rain, whether real or imagined in recall, has an element of taking the story outside of time. The book takes place literally between two drops of rain. 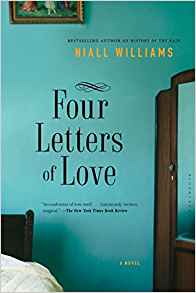 Q: Did you need to do much research to recreate the time period featured in the book?

A: No, not a lot. As I said, I benefitted enormously from hearing firsthand stories of people who had lived through the rural electrification, which was a huge effort and event in Ireland. This was the principal research. I also read the history book mentioned in the acknowledgements.

A: I am in the foothills of a new novel, like the previous two, also set in Faha. I don’t seem able to leave.

But besides that, Christine and I are working on a new non-fiction book about our life in County Clare. Next year we will be here 35 years, and we have returned to writing about the way we have been living, tending the garden and trying to take care of the little piece of earth we are charged with minding, recognizing the importance of this when the picture of the larger Earth, with a capital E, is so gloomy.