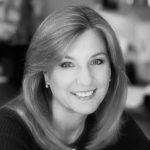 Carla Malden is the author of the new novel Search Heartache. Her other books include the memoir Afterimage. She has worked in motion picture production and development, and has been a screenwriter. Her work has appeared in the Los Angeles Times. She lives in Los Angeles.

Q: How did you come up with the idea for Search Heartache, and for your character Maura?

A: In the aftermath of being widowed, I found myself thinking a great deal about marriage.

Friends who knew my husband and me as a couple recognized the depth of my loss, and I was astounded by the number of people who confided in me that their own marriages were nothing like mine. I assumed that what I had known and experienced in my marriage was the definition of marriage. It came as a shock to learn otherwise.

So I began thinking about the difference between how marriages appear to outsiders and how they are experienced by the people in them. This led to considering the parameters of marriage. What's a deal-breaker and what is not? It seemed like those lines are increasingly blurred, particularly with the advent of life online.

As for Maura -- I wanted to explore the down side of having internalized a rather rigid world view while growing up. The high standards with which she was brought up may have helped her achieve academically, but they do not always serve her well in the real world, particularly not with regard to herself. She is as hard on herself as she is on anyone else which contributes mightily to her undoing.

Combining the marriage theme and the character of Maura led to a story about a woman unable to stop herself from upending her own life. It morphed into a story about expectation and disappointment and the dance between the two.

Q: What do you think the novel says about the idea of marriage? 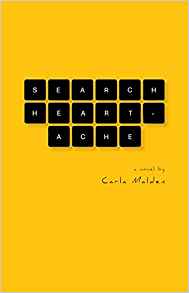 A: I think it is a litmus test onto which people will project their own ideas about marriage. Beyond that, I think it makes the case that marriage is worth fighting for, that it cannot survive without forgiveness, that it's important to treat the person to whom you are married with the same respect and kindness with which you treat people you encounter in the world. That's impossible, of course -- your spouse is in the daily trenches with you, but it's an admirable goal.

On the flip side, I think the novel posits that certain behaviors can only be destructive in a marriage. There are do's and dont's.

Q: The novel takes place in Los Angeles. How important is setting to you in your writing?

A: Los Angeles is like another character in the story. It's the land of dreams, the land of beautiful people where aging is anathema and erodes women's self-worth, where permanence -- both emotional and in the landscape - is eschewed. Los Angeles is also synonymous with the movie business which provides a fun, colorful backdrop for the story. It's crucial that Maura's husband works as a talent agent; he makes his living selling images. 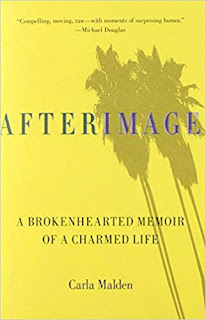 Maura and Adam have lost each other somewhere along the way because everyday life got in the way. I hope readers consider how easily that can happen and how devastating the ramifications.

A: I am currently working on a novel about second marriages -- a very different animal from first marriages - with an entirely different set of joys and challenges. It's called Both Feet on the Ground (a lyric from the song "The Second Time Around").

There is a book within the book that the protagonist reads while considering whether or not to say "yes."  It's called Mr. Right - Part II and it incorporates interviews I did with several second-time-around brides. I hope it will be both funny and poignant.

I also have a young adult novel coming out in 2020.  It is called Shine Until Tomorrow.  It's about a teenaged girl obsessed with her future who has to go back to the past in order to learn to live in the present. I have a particular soft spot in my heart for this project and am so thrilled that it will be out in the coming year.

A: I have come to novel writing after years as a screenwriter and a writer of non-fiction. I am delighted to have landed here.

I think writing novels combines everything I learned working in the other forms and genres; it offers the special treat of being able to open the trapdoor into a character's head and dive in, unlike screenplays where thought, emotion and motivation are generally communicated by behavior or dialogue.

Thank you for inviting me to participate in your blog!