Susan Richards Shreve is the author of the new novel More News Tomorrow. Her many other books include You Are the Love of My Life and Warm Springs: Traces of a Childhood. She is a professor of creative writing at George Mason University and the former chair of the PEN-Faulkner Foundation, and she lives in Washington, D.C.

Q: How did you come up with the idea for More News Tomorrow, and for your cast of characters?

A: One early morning, I was in our attic looking through my mother’s photographs and came upon a lovely one of my grandparents whom I never knew. They are sitting in a rowboat on a lake in front of the boys’ camp which my grandfather owned in northern Wisconsin. On the back of the picture, my mother had written Ollie and Helen, Camp Minnie HaHa, 1909. By the time I went downstairs to make coffee, a story was emerging in my head about a boys’ camp director in northern Wisconsin who confesses to murdering his wife at a camping site. He is sent to state prison, leaving their only child who is four years old.

The characters emerged slowly but I knew the camp director needed to have a point of view when the event occurs in 1941. The circumstances of the story required that I discover what happens to the child who is left knowing the repercussions of that event would not be known until years later and would likely define the lives of a family.

Then Thomas surfaced, the 13-year-old prescient outsider—who writes a journal of his family’s trip to the site of the crime. I began with the first journal entry from Thomas which I wrote and the plot emerged from that although his first section no longer begins the novel. 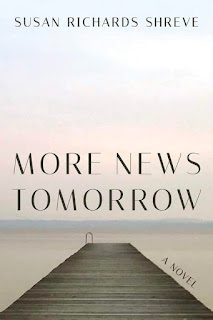 Q: The novel includes the perspectives of several characters, in different time periods. Did you write the book in the order in which it appears, or did you focus more on one character before moving to the others?

A: The timeline came first. The book takes place on the same date, June 17, 1941 (the night the Nazis enter Lithuanian and so William emerged as a Jewish immigrant from Lithuania) at a time of increasing antisemitism in the United States. I wanted William (imprisoned for murder who dies in 1945) to be a sympathetic character so I include his third person close in point of view alternating sections of the trip to the camping site with his wife and child and some of the counselors.

The surviving child, Georgianna, came next. She is an anthropologist drawn to the field by an interest in the subject of Home, a single mother of three grown children, whose husband died in Viet Nam.

I knew I had to start the book with Georgie as an adult in order to understand the deeper consequences of what happened to her when she was a child. Georgie is a scientist powered by her imagination and was a complicated character to develop. 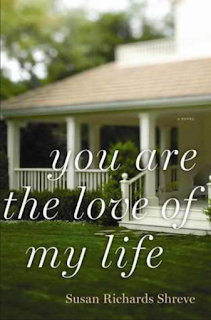 But as soon as I had the beginning of the book on Georgie’s 70th birthday when she receives a letter from Roosevelt the only living person who had been at the campsite when her mother was murdered, I wrote the book in the order it appears.

Q: Did you need to do much research to write the novel, and if so, did you learn anything particularly interesting?

A: I researched Wisconsin where I have never been, a Jewish village in Lithuania since I am not Jewish and didn’t want to get it wrong. And anthropology. I wanted Georgie to be an academic anthropologist but realized that she would have to be drawn to storytelling as well as the science of anthropology since her pursuit of that discipline had more to do with her search for Home which was something she had never had.

A: Setting is important to me. Our lives are lived in context so many, not all, of my books have taken place in Washington, D.C., which is a strange mixture—a predominantly black city of federal workers, elected officials, lawyers and journalists. Transient, self-aware—it is an interesting, educated but socially conservative city. A contradiction.

With More News Tomorrow, I wanted to write an atmospheric setting with a sense of looming danger and though I did not know northern Wisconsin, it was a place of my imagination likely because it was a romantic recollection for my mother who left Wisconsin when she was eight and her mother died. 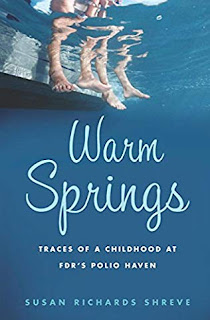 A: Briefly More News Tomorrow was titled Home for the Incurables because Georgie buys a house by that name that had once been a refuge for incurable patients. It is a real place that used to terrify me as a child and I’m stealing the title to write a memoir about raising children among strangers as I did—on the order of Life Among the Savages by Shirley Jackson.

A: Something I haven’t seen in reviews or heard from fellow writers: When Thomas is young, he tells us at the beginning of his journal that, he loved dinosaurs until he learned about extinction and feared that extinction was inevitable for him and for his family. His final gesture at the end of the book is to bury the journal he has written about his family’s journey as a stay against extinction.

I did not know until I came to the end what central role Thomas would play in the book. And then I did.

In my early novels, I needed to know the end. There is something liberating in trust that I will find the end along the way.