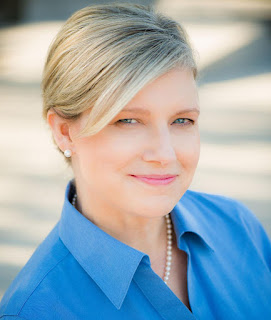 Laura Benedict is the author of the new novel The Stranger Inside. Her other novels include Small Town Trouble and Bliss House, and her work has appeared in Ellery Queen Mystery Magazine. She lives in Southern Illinois.

Q: How did you come up with the idea for The Stranger Inside, and for your character Kimber?

The Stranger Inside came from several places: my frequent nightmares about strangers trying to get into my house (occasional zombies, too), my general paranoia, and so many news stories about people whose houses end up being occupied by strangers while they're on vacation, in the hospital, or have listed an unoccupied house for sale. It's often difficult to evict these criminals, which is one of the reasons Kimber's story gets complicated.

I love complex characters. A protagonist who is a good person with only slight or non-tragic flaws is dull to write, which is why my novels often challenge readers' expectations of a protagonist's assumed righteousness. Kimber isn't just a victim of a random crime. She's something more. The book is as much about her as her situation. 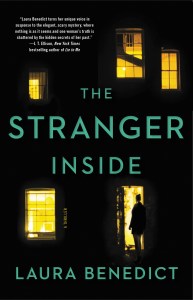 Q: The Publishers Weekly review of the book says, "Angry and jealous as a child and teenager, and now a cold, prickly adult, Kimber is the epitome of the unreliable narrator." What do you think of that assessment?

A: I can't disagree. Kimber is self-protective in the extreme--yet with good reason. She's hiding a corrosive secret that has warped her ability to connect with other people. But she does have areas of deep vulnerability, and a few of the people closest to her recognize and are able to reach the real Kimber. My goal was to bring the reader on that journey, too.

As to the "unreliable narrator" quote? All I can say is, mwahahahahaha!

Q: The novel is set in the St. Louis area. How important is setting to you in your writing? 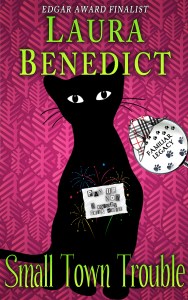 A: I won't go so far as to say that setting is everything, though nearly all of my stories grow from their settings. Each of my eight novels is set in a city or state where I've lived. The climate, the culture, the geography--all these things help tell the story.

I've lived in seven states, that, when assembled together, form a contiguous grouping: (in no particular order) Virginia, West Virginia, Ohio, Illinois, Michigan, Missouri, Kentucky. They're all Upper South or Midwestern states. The flora and fauna aren't too differentiated. It's familiar and comfortable to me.

It would be a challenge for me to set a story in the desert, or the far north. Only very occasionally will I venture outside my comfort zone. 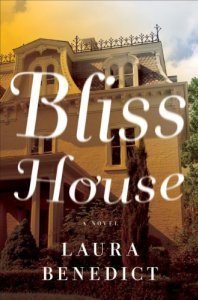 A: No, I don't always know the ending of my books. I'd say it's been about 50/50. I try to let the story grow organically as I write (though I've recently become a fan of outlining), so endings as well as middles often change. That's part of the fun of writing. The story is alive and never complete until it's published.

A: I'm writing a few new short stories. Some to send out, and a couple to add to a new and collected book of my stories. And, of course, I always have at least one novel brewing.

A: I'm grateful to every single reader who picks up and reads my work. Thank you! Also, I never wear my glasses in my author photos because I'm a little vain. Dark chocolate, not milk.