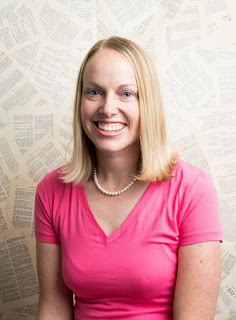 Samantha Hastings is the author of the new young adult historical novel The Last Word. She lives in Salt Lake City.

Q: You note that the book was at least partially inspired by your experiences reading Mrs. Gaskell's Wives and Daughters. How did that experience result in this novel?

A: I didn’t know that Elizabeth Gaskell had died before completing Wives and Daughters, and unlike today, a ghost writer didn’t finish it. The book just ended abruptly with a note from the editor saying she had died and what her intentions were for her characters.

I was flabbergasted and disappointed. I’d only invested a week of reading, but in the 1860s, a reader would have invested years into a serialized book and then not be able to read the ending.

Charles Dickens also died before writing/revealing who the murderer of The Mystery of Edwin Drood was. The mystery was later solved by Dickens’ best friend, John Forster, and the illustrator, Luke Fildes, two people whom Charles Dickens had confided in. This inspired me to have [my character] Lucinda track down the reclusive author’s family and final papers to discover the ending of her favorite novel. 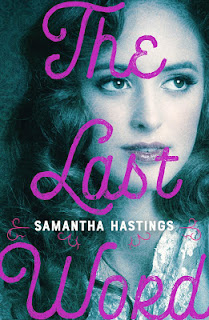 Q: What do Lucinda's experiences say about the role of women in England in the 1860s?

A: Women were very restricted during the 1860s, from the clothes they were supposed to wear to what they were allowed to do. Lucinda, and any other young lady under 30, would not be allowed to go anywhere by herself. She would have to accompanied by a family member, chaperone, or servant. Lucinda would be expected to focus on home-making, music, embroidery, and being a pleasing/obedient partner to a future husband.

She’s not interested in doing any of those things! She’s a genius with numbers and wants to use her skills in business. Lucinda was not alone in straining against the expectations of women in the Victorian era.

Charlotte Bronte wrote in Jane Eyre: “Women are supposed to be very calm generally: but women feel just as men feel; they need exercise for their faculties, and a field for their efforts as much as their brothers do; they suffer from too rigid a restraint, too absolute a stagnation, precisely as men would suffer; and it is narrow-minded in their more privileged fellow-creatures to say they ought to confine themselves to making puddings and knitting stockings, to playing on the piano and embroidering bags. It is thoughtless to condemn them, or laugh at them, if they seek to do more or learn more than custom has pronounced necessary for their sex.”

A: My educational background is in history and English literature, but I am always learning new and interesting things with every book I read. Some interesting facts that I came across will researching TLW are:

After a young lady married, a pair of her slippers were tied to the back of the carriage to signify she was no longer her father’s responsibility.

Parliament passed a bill that trains couldn’t charge more than a penny a mile and one train had to run the entire route every day, making all the stops.

A: Most of the time when I write, I plot out the entire novel, but with The Last Word, I let it take me where it wanted to go. I felt like I was discovering what was happening with my main characters.

While researching, I learned about a specific historical event in 1861 that I’d never heard of before, but that I knew had to be a part of the novel. I’m not going to mention it now, because it would be a huge spoiler, but you’ll know what it is when you come across it in the book.

A: I’m working on edits for a YA historical fiction novel coming out Spring 2020 from Swoon Reads. There’s no official title yet, but it’s set during The Great Exhibition of 1851 with twin sisters. There’s plenty of twin hijinks, girl science, suitors, and suits of armor.

A: There are several Victorian author Easter eggs in The Last Word. Look out for references/allusions to Elizabeth Gaskell, Charles Dickens, Anthony Trollope, Charlotte Bronte, and George Eliot.