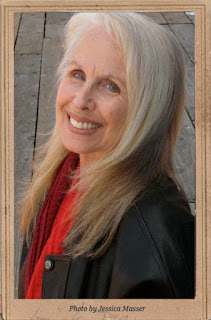 Jane Singer is the author of the new book The War Criminal's Son: The Civil War Saga of William A. Winder. Her other books include Lincoln's Secret Spy and The Confederate Dirty War, and her work has appeared in a variety of publications, including The Washington Post and The Washington Times. She lives in Venice, California.

Q: How did you first learn about William A. Winder, and at what point did you decide to write a book about him?

A: I’m an avid collector of Civil War ephemera—photos, portraits, letters. I have to restrain myself in my compulsion! I was prowling through eBay and I saw an interesting face—a man with a patriarchal beard and a troubled middle-distance gaze. There was something about him that was compelling to me. I wasn’t sure why, but sometimes we see a face from another time and wonder what roads they traveled.

On the photo was written “William A. Winder, USA.” Clearly the portrait was done around the early 1880s. The name Winder was familiar to me from writing about the Civil War almost my entire adult life. I thought I knew about the Winders. During the Civil War, they were infamous. The name was synonymous with brutality.

I thought, Was this an unknown Winder? Was he a distant cousin? A lot of them were named William. Once I realized he was a Winder, I decided to look up John H. Winder, who was associated with the [Civil War] death camp known as Andersonville prison.

I started there. It was a stab in the semi-darkness. Sure enough, I found he had a first-born son, William Andrew Winder. It was the beginning of my journey.

From when I first began writing about the Civil War, I made a decision not to be the 180,000th person to write about battles and generals, but to write about people hitherto unrevealed. It was mandated to me by my late mentor James O. Hall. He would impress upon me the importance of finding people who hadn’t been written about before. 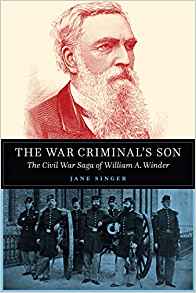 Q: How would you describe the relationship between William A. Winder and his father?

A: I would say initially complex, uneasy, and ultimately terminated. William Winder’s father, John H. Winder, was a career Army soldier, moving from post to post. William A. Winder, the first-born, probably didn’t see as much of his dad as another person might, living in the same area. William A. Winder’s mother died when he was only 3.

As the first-born son, many expectations would land at his feet—to get into West Point. His dad had graduated from West Point. Never mind that John H. Winder was fired as a trainer of cadets. Rumor had it he was brutal toward one cadet.

He made six applications to get his son into West Point, and not one succeeded. Already, we have a level of disappointment.

John H. Winder was a fairly well-regarded soldier, but he never rose above the rank of major.

The son had no feelings for an Army career. William A. Winder was artistic. He wanted to be a doctor. None of the things the family business would be happy with.

William A. Winder had a feeling he should do something, so he applied to be a civilian paymaster’s assistant. He slipped sideways into the Mexican War. At the battle of Buena Vista, rumor had it, he was near the battle but posted with a group of teamsters around some wagons. The Mexican cavalry came toward them, and William A. Winder organized the group and said, Let’s repel the Mexican cavalry. So, the story goes, they did.

It was a turning point in his story. He was awarded a second lieutenancy. Okay, here’s a career path. William A. Winder, avid painter—here we go into the family business, I don’t think happily. 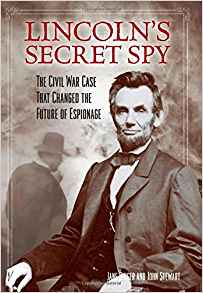 When the Civil War came, the biggest decision William A. Winder had to make was do I go South? The entire family with the exception of two uncles and a grandmother had already bolted to the South.

His father was in Richmond, and was given the rank of general. His two uncles were living in the Northeast but were jailed for treason because of their secessionist proclivities. It was an incredible crossroads. Does he go South, or remain a soldier with the Union?

It knocked me over. When he was stationed in California, at the Mission de Alcala, one of the first missions built by Father Junipero Serra, he developed empathy and promoted the well-being of Native Americans, contrary to what was going on as settlers moved West and brutality ensued. I began to see his uncommon humanity.

[During the Civil War] he wanted to fight at the front even if he was fighting his own family.

There was a lot of primary source material. Personal sentiments would occasionally float up from the official documentation. One of the most compelling was that a Pinkerton spy approached him, posing as an agent of his father. The order was to come South and join the rest of his family, or desert, or kill himself rather than betray his family. What a decision! He never ever went South.

There were split families, but I never encountered a family where one son stood against so many others of the family. He became the enemy in blue, the enemy of his 84-year-old grandmother.

The family shame had begun long before the Civil War. His grandfather William Henry Winder was also a soldier, who fought in 1814. This Winder became infamous. In the battle of Bladensburg in 1814, he allowed British troops to break his lines and rampage through Washington, D.C. There was shame in the name, and a desire to reclaim lost honor.

It was a heavy burden for John H. Winder and also his brother. Their reputation was damaged. 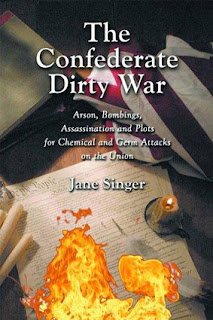 Q: Can you say more about the research you did for this book, and whether there was anything that especially surprised you?

A: I took a common direction—to find his service record. The National Archives were invaluable. I have online subscription services, so I was able to get William A. Winder’s service records and a 282-page file from a site called Fold3. I could learn about what happened to him during the Civil War and after.

The Library of Congress was invaluable—they gave me correspondence William A. Winder had with General Sherman.

The most surprising piece had little to do with the fighting. In the middle of William A. Winder’s struggles as he was accused of dual loyalty, he was posted at Alcatraz because his name was Winder and because he tried to do things [seen as controversial]. He was asked to defend a schizophrenic soldier who had murdered another soldier.

He mounted such a prescient and humane defense of madness, it knocked me out. What did we know about madness in the 19th century, the difference between a premeditated act and an act committed in the middle of a spell? Either he read studies of mental illness or just had a sense of it. That was perhaps the most interesting.

A: It could be any number of things. But more than anything to experience the saga of a man with the struggles he had, family disarray, and a self-imposed exile.

I hope readers take away the idea of fortitude, reclamation of self, reinvention. He became a beloved doctor in San Diego. He would see patients for free, and was never stopping after that, becoming an Indian agent at the Rosebud Reservation in South Dakota. His long life took many twists and turns.

It’s a metaphor not only for what happened to this person but also a reclamation of self, of putting yourself together no matter what. He inspired me. I am very protective of his legacy.

A: I’m working on a nonfiction project about my hometown of Arlington, Virginia.

A: One of my recent Eurekas was the discovery of a memorial plaque to General John H. Winder. It stands on the courthouse grounds in Salisbury, Maryland. Folks contacted me who had heard I was writing about the Winder family.

The plaque is controversial. General Winder was from nearby, and it says he served in the Mexican War and was the head of prisons in Richmond and further South, not mentioning Andersonville, where 13,000 prisoners of war perished. Had John Winder not died shortly after the Civil War, he would have been hanged as a war criminal.

Some people wanted the plaque taken down, but the petitioners lost. It stands to this day without any explanation of who John Winder was. This family is not going to go away anytime soon.

--Interview with Deborah Kalb. Here's a previous Q&A with Jane Singer.
Posted by Deborah Kalb at 8:42 AM