Fiona Davis is the author of the new novel The Chelsea Girls. Her other novels include The Masterpiece and The Address. She lives in New York.

Q: Why did you decide to focus this novel around the Chelsea Hotel in New York?

A: I watched a documentary about the hotel and fell in love with its rich history. Since its opening in the 1880s, the building has been a home for artists, musicians, designers, poets, playwrights. Folks like Arthur Miller, Bob Dylan, Dylan Thomas, and Janis Joplin have passed through its doors. There was just so much to play with, I couldn’t resist.

Q: The novel is set during the 1940s-1960s, and much of the activity centers around the search for Communist sympathizers in the early Cold War era. What intrigued you about that period, and how did you conduct your research? 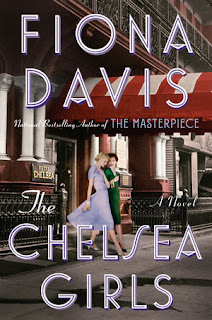 A: I first learned about the blacklisting of New York actors (as opposed those in Hollywood, which is more widely known), during an interview with an actress in her 90s who spoke with vivid detail about the time, about how hard it was to get work if you were considered a communist back then. The more I learned of careers derailed and innocent lives ruined, the more I wanted to bring the past to light in the story.

Q: How did you use your own theater background in creating the characters of Hazel and Maxine?

A: I worked with a theater company when I first came to New York – a wonderful group of actors, directors, and designers – many of whom are still my friends today. We produced three shows a year and everyone pitched in to help hang lights, shop for costumes, sweep the stage, and collect tickets. At the same time, we were all holding down day jobs and going on auditions – I don’t think anyone slept much, but we were happy, fulfilled, and challenged. That was a fun time to draw on as my characters Hazel and Maxine try to mount a show on Broadway. 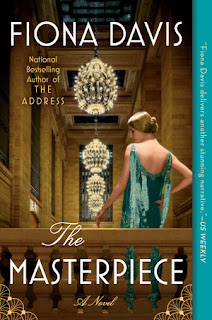 A: I hope they enjoy a behind-the-scenes look at the theater world, and are moved by the plight of the victims of McCarthyism. Looking back, it’s easy to point out that what the politicians were doing was wrong, but at the time, they were able to steamroll over the rights of Americans pretty much unimpeded.

A: My next book will be set at the New York Public Library on Fifth Avenue, a fascinating landmark, to say the least. In my research, I learned that the superintendent of the building lived with his family in a seven-room apartment right in the heart of the building, which provides a terrific jumping off point for my plot.

--Interview with Deborah Kalb. Here's a previous Q&A with Fiona Davis.
Posted by Deborah Kalb at 7:09 AM