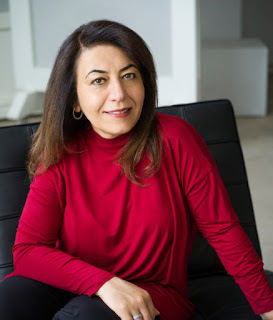 Dunya Mikhail is the author of the new poetry collection In Her Feminine Sign. Her other books include The Beekeeper: Rescuing the Stolen Women of Iraq and The War Works Hard. Born in Iraq, she now lives in the United States.

Q: You note that you wrote the poems in In Her Feminine Sign in English and in Arabic. Did you experience them in different ways as you wrote?

A: Some lines came in English first due to their cultural connotations and I had to follow the movement of my poems the way they wanted in the page, from right to left or left to right, which is annoying but also liberating because I didn’t have to follow the first text. In the book preface, I wrote that “to capture the poem in two lives is to mirror my exile, with all of its possibilities and risks. But as home is flashed through exile, a poem is sometimes born on the tip of another tongue.” 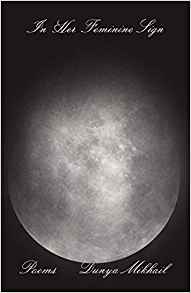 A: In Arabic, the title refers specifically to a feminine symbol we use in Arabic language to identify a feminine word. It’s a circle with two dots over it and it’s called “taa-marbuta” meaning “tied circle.” The literal translation of the title into English would probably not make sense. Some of the poems in this book were written in between stories I heard from women who were enslaved by ISIS and escaped. 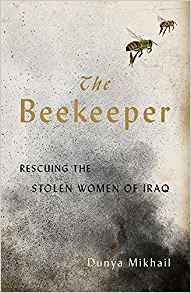 A: I was not so sure about the order of the poems but they felt right with the tablets section in the middle. The tablets are short sections in imitation of ancient Sumerian tablets which were the first communication in history through images inscribed in those clay tablets. They are like Iraqi Haiku, if you will.

A: I believe that poetry is useless but effective. One of my poems in the book is titled “my poem will not save you” and it might be an answer. 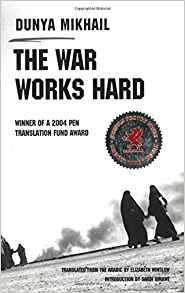 A: I am working on my first novel. I don’t want to write a novel, but this novel in particular.

A: When I get lost,
they find me in a poem.
Poetry is my four directions.

--Interview with Deborah Kalb. Here's a previous Q&A with Dunya Mikhail.
Posted by Deborah Kalb at 7:03 AM