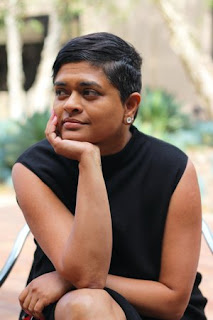 Amulya Malladi is the author of the new novel The Nearest Exit May Be Behind You. Her other books include The Copenhagen Affair and A House for Happy Mothers. She is a marketing executive, and she lives in Southern California.

Q: How did you come up with the idea for The Nearest Exit May Be Behind You, and for your character Asmi?

A: I live in the corporate world. As a marketing executive for a global company, I feel that there are no books for me. Every time I look at a book about a career woman, it’s about how she then gives it up to be with her family, or gives it up to start a jam company. Ambitious career women are bandied.

Take Miranda Priestly from The Devil Wears Prada—her kids are awful (because she’s too focused on her career), her marriage is ending (because she’s a selfish bitch) and she’s not a role model for our heroine. A woman just doesn’t wear ambition well.

So, I wanted to write a story for women like me. We can’t leave the corporate world—we have bills to pay and kids to put through school AND we like our jobs and we’re ambitious. 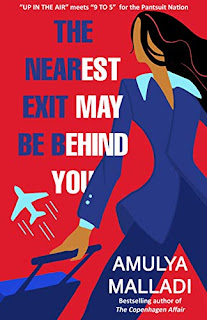 This book came about because I wanted to write a fictional version of Sheryl Sandberg’s book Lean In, which is about women leaning into their careers and getting what they deserve at work—be it promotions, paycheck, and positive reinforcement.

I know, there are mixed feelings about Sheryl Sandberg—but when I read this book many years ago it changed my career. I was talking to my mentor, a man about asking my boss to increase the scope of my responsibilities. He said, “Amulya, be careful. You just got promoted, you don’t want to come across as being greedy.”

But for having read Lean In, I would’ve listened to him but then I thought if he’d give the same advice to me if I was Brian or Peter? Probably not. I asked for the promotion and got it—and it changed my career.

Q: What do you think Asmi's story says about the role of women in corporate careers?

A: It says that there is bias and it’s hard. Let’s not kid ourselves. Women are still struggling to get a seat at the table. We’re not there yet. But we’re working on it.

Q: You begin the book with a quote from Lean In: "What would you do if you weren't afraid?" Why did you decide to include this particular quote? 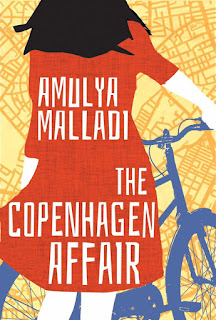 A: I meet so many women and I’ve been one as well—too afraid to ask for what I want; too afraid to even dream. Leaning In is not just for those women who work in the corporate world. It’s for all of us. It’s about living the life we want and deserve—asking for it and getting it without being afraid.

A: I want readers to have a good time. That’s the main thing. But I would love for them to be inspired as well…to silence their inner critic and embrace their dreams.

I just got a message from a reader who wished she’d read this book a decade ago; and another who is in her 20s and is reassessing her choices because she knows some of them are based in fear. That’s why I write!

I took a break during the release of The Nearest Exit May Be Behind You—but I’m taking two weeks off in August and I intend to spend them finishing the first draft of my historic adventure. There is a spy, there is a courtesan, there is an assassin…it’s absolutely new for me. 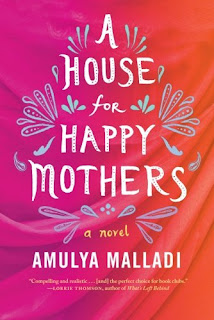 And writing in that time period is like writing science fiction—I’m constantly having to do research. How did they tell time? Was cotton there? What did they wear? What did they do for contraception? Did they wax? It’s fun and I’m on a high when I write.

A: Pick up a copy of The Nearest Exit May Be Behind You. It’s available as an eBook, paperback and shortly as an audio book read by the fabulous Ulka Mohanty.

--Interview with Deborah Kalb. Here's a previous Q&A with Amulya Malladi.
Posted by Deborah Kalb at 8:35 AM