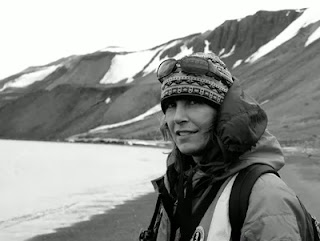 Elizabeth Bradfield is the author of the new book Toward Antarctica. Her other books include the poetry collections Once Removed and Approaching Ice, and her work has appeared in a variety of publications, including The New Yorker and West Branch. She is a naturalist on Cape Cod, she runs Broadsided Press, and she teaches creative writing at Brandeis University.

Q:  How did you first get interested in Antarctica, and at what point did you decide to write this book?

A: My obsession began when I was 24, right after I left a year-long deckhand gig and landed a desk job. I was pining for my old life at sea, and I spotted a used copy of Alfred Lansing’s iconic book, Endurance, about Sir Ernest Shackleton. I devoured it. Then I wanted more. And more. Eventually I looked back and saw I had spent 10 years reading.

As James Tate once wrote and as I at last thought to myself, “Why don’t you try writing something?” What resulted became my second book, Approaching Ice, which came out in 2010. The following year, I was invited—at last!—to work as a naturalist-guide in Antarctica. I’d been working on ecotour boats as a guide in Alaska, Baja, and the Canadian Arctic for a while at that point, and this offer felt, to me, like hitting the jackpot.

I was so excited to finally “go south,” I leapt out of my skin. I’d had to turn down a National Science Foundation Antarctica Artists and Writers Program grant a few years earlier, and I’d been kicking myself ever since.

I knew I’d want to write about the experience, if only as a ground-truthing exercise for myself. I’d learned of Basho’s 17th-century writings about his journeys in remote Japan and his invention of the prose/poetry hybrid haibun form to chronicle the different emotional registers of that experience soon before my contract started; the form intrigued me. I started writing while I was on the boat, something I’d never before done. Until this point, I’d kept my naturalist-self and my poet-self separate.

Partly, this was just practical: on board, my days began at 6 am or earlier and didn’t really finish until 10 pm. Any time I could take for a break, I didn’t want to use to read or write, because there was more sea to scout, more wildlife to search for. But the longer Antarctica trips involved more “sea days,” and I found I could duck inside when the weather got foul and spend a bit of time looking inward rather than outward.

When I got home, I kept going. At first, I thought I was working on something that might become an interesting chapbook. I am grateful to the few trusted readers who encouraged me to keep going and see if something larger might emerge. 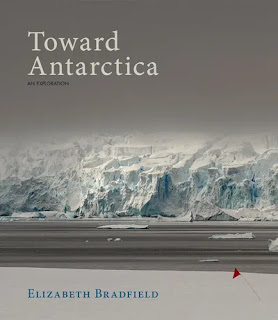 Q: You write, "Although drawn from personal experience, I would not call Toward Antarctica nonfiction or memoir. It lives in the crepuscular world of poetry..." How did you decide on the format of the book?

A: In many ways, the decision was not rational. In my essence, I am a poet. I’m interested in the ways poetry can play with experience, the ways poems can shade the truth in search of a deeper understanding yet still hold some of the authority of the autobiographical.

Nonfiction must be accurate and truthful in order to maintain its credibility. Fiction presents itself as invention, even if it is drawn from experience. Poetry though… the lines blur. I gravitate toward that space as a writer. I like the freedom of that liminal space. So the choice to use haibun as a form/format was quite intuitive. It felt right.

As for the use of haibun, footnotes, and photographs in combination—well, travel is a very layered experience. It contains logistics, longing, confusion, memory, knowledge of history or ecology, and the shock of expectations upended or met in unexpected ways. All of that tumbles together. I wanted a format that might represent those various layers. The effort to fully bring together my poet-self and naturalist-self required a hybrid form to carry those different registers.

Q: How did you select the photographs for the book?

A: When I travel, and even more when I am working as a guide/naturalist, I take thousands of photographs. In part, this is spurred by a desire to document what I experience, to bring back images I might share with friends and family and thus communicate the experience.

In part, it’s because I never know what image might be useful in a lecture I give in the future—on board the ship, I give illustrated talks, and good images can really help communicate the ideas behind the ecology and science. I suppose there’s also a personal pride in being able to take a stunning image of an albatross, bear, or bed of moss. 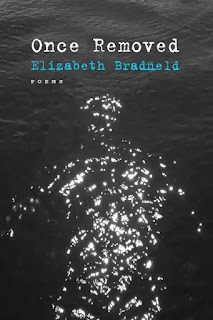 For Toward Antarctica, I started thinking about using images as part of the book’s exploration once I got home from that first contract. I’d been combining images and writing for years at Broadsided Press, the publication I founded in 2005. The power of images and words resting alongside each other not as illustration but as conversation is very potent. I was curious to see if I could find photographs I’d taken that might reach beyond the pedestrian and do something new and different in conjunction with the words.

Antarctica, like many iconic wild places, has its own set of “classic” images. Everyone wants a shot of a wandering albatross cutting over raw ocean. Everyone wants the massive edifice of a tabular iceberg or a leopard seal stretched out and yawning on ice.

I deliberately stayed away from those types of images for the book, because I think sometimes those iconic and beautiful images don’t challenge us enough to consider what can be discomfiting or surprising. Where are the humans in all of those wild shots? I know that, for the most part, people are not alone when they take them. Where is the rust? The awkward? The threatening?

I wanted the images to reflect the beauty of Antarctica and my true awe of it, but I also wanted some of the images to challenge a viewer to make sense of the story behind an image and, sometimes, to grapple with the evidence of the human in this “wild” place.

Q: What do you see looking ahead for Antarctica?

Is that a good thing? Even beyond the carbon footprint of getting to Antarctica via plane and ship and the actual physical boots on the ground, we know that our presence is not benign. In 2018, scientists documented strains of campylobacter and salmonella in penguins, skuas, and southern giant petrels that can only be traced back to human sources
(citation here). 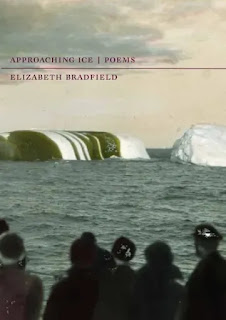 I do think that IAATO (the International Association of Antarctic Tour Operators) does a wonderful job of managing tourism to Antarctica, as much as they’re able. But there are big challenges ahead. Is creating opportunities for people to connect to this amazing place and potentially inspiring stewardship both there and back at home worth it? Can capitalism and ecotourism coexist as it “scales up?” I don’t know.

I haven’t mentioned global warming yet---but of course that is on the radar, too, as I look ahead. Antarctica is changing in response to climate change. We’ve done some good things in Antarctica: protection of large whales, establishment of ocean sanctuaries, the mitigation of long-line bycatch of albatross, and more.

I hope we will see the positive effects of these important change—and I hope the increased concern about ocean plastics and ocean warming will lead to actions that will correct our dangerous courses in those areas.

A: I’ve got a few writing project irons in the fire. One is a general interest nonfiction book about a natural history topic I’m not yet ready to be less than coy about. I’m also editing a literary “field guide” with some amazing collaborators.

And I’d love to get closer to finishing a book of poems I started several years ago inspired by the life of Arctic explorer and educator Rear Admiral Donald B. MacMillan—this summer, I’ll work on a ship in Greenland and the Eastern Canadian Arctic, visiting some of the places he worked. I’m hoping the experience will lead me to poems.

The most concrete “next thing” is a collaborative art book titled Theorem that I have created with the amazing Chicago-based artist Antonia Contro. In the fall of 2019, Theorem will be released as a very small-run edition (30 or so copies) through Candor Arts.

The collaboration has been very rich and inspiring, and Antonia and I are now working with a composer, violinist, animator, and others to transform the book into a performance/installation we hope to debut in the later half of 2020.

A: I’ve been asked sometimes, while working as a naturalist, how I can be positive or joyous (I am often at my most joyous when outside, looking and learning) in the face of so much ecological precarity. Like many people, when I look at the numbers and the news, I see a dire situation. I think it’s important to be clear-eyed and aware, to speak out and advocate for any action that will curb our human harm to all living beings on this planet, including humans.

At the same time, when I go outside and look at the warblers coming through the leafing-out beech and oak trees in the woods near my home, I am filled with joy and awe.

There is a lot to celebrate—just the other day, I walked out into the marsh to look for diamondback terrapins and a black racer slithered through the grasses, such a surprise and gift. The week before, I found the tiny tracks of Fowler’s toads in a spring puddle where they’d no doubt lain their eggs. A hooded warbler, the second I’ve ever seen, popped out of the greenbriar and perched at the edge of the clearing and stopped all the birders on the path dead in their tracks the other day.

These small and wondrous moments are worth seeking and celebrating, and they are going on all around us, wherever we are. Urban or rural, North or South, home or away.