Courtney Maum is the author of the new novel Costalegre, based on the lives of art collector Peggy Guggenheim and her daughter, Pegeen. Maum's other books include Touch and I Am Having So Much Fun Here Without You, and her work has appeared in a variety of publications, including BuzzFeed and The New York Times. She founded the learning collaborative The Cabins.

Q: Why did you decide to write a novel based on the lives of art collector Peggy Guggenheim and her daughter, Pegeen?

A: I was originally researching Peggy Guggenheim for a different project, and it was in that research—reading Peggy’s memoirs and so forth—that I noticed the erasure of her daughter, Pegeen.

It wasn’t that Pegeen wasn’t in the memoirs, or that her mother denied her existence or anything, it’s just that when the topic of her daughter did come up, (which was rarely), Peggy didn’t seem to ascribe much importance to her existence. Pegeen was like an accessory that Peggy remembered to wear out of the house once in a while.

I decided to answer these questions, to explore what life in the 1930s would have been like for this young person who felt so neglected by her art-collecting mother, who yearned to be an artist, herself. 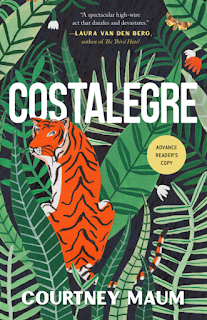 Q: The novel takes place in Mexico in 1937. How important is setting to you in your work?

A: The setting is one of the most important characters in Costalegre. In real life, the members of the Emergency Rescue Committee (founded by the American journalist Varian Fry, you can read more about it in the wonderful The Flight Portfolio by Julie Orringer that is just out) helped artists and other creatives to find asylum in New York.

I chose to send them to western Mexico instead. For one thing, Costalegre is a beautiful but hostile area, a rural region along the Pacific. The ocean there is very dangerous—in the book, no one is allowed to swim, and in reality, on the Teopa beach that I am writing about, no one swims there, either. There are jaguars, horrible serpents, tarantulas, scorpions, alligators…the irony of Costalegre (which is inspired by the resort Costa Careyes which is on the Costalegre coast) is that it is luxurious and beautiful, but dangerous at the same time.

In this way, the place itself echoes what Lara is going through. Yes, Lara Calaway is a privileged young person, but her material comforts come with no sense of safety or emotional support. She is surrounded by predators, both animal and human.

The location also allowed me to cut my characters off from communication channels. They can’t find out whether or not war has come to Europe; they don’t know if the boat with all their artwork will arrive, or if it ever left. The geographical isolation feeds a desperation that I wanted in the book. 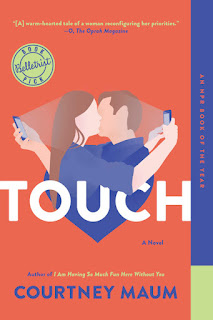 Q: What kind of research did you need to do to write the novel, and what did you see as the right blend between the actual historical figures and your fictional creations?

A: I had a methodical research approach that I intend to use for future books, because I really enjoyed it. I spent most of a year reading about the period—reading not just Peggy Guggenheim’s memoirs, but biographies about her, I read some of the work by the female writers whose careers she supported, I read articles online. Then I spun outward and started researching people in her circle.

Whatever I found interesting from my research, I’d handwrite into a notebook. When I filled a notebook, I’d highlight which notes were the most inspirational. Once I had all my notebooks, I transcribed the highlights onto these huge pieces of paper—watercolor paper, really sturdy stuff. I wrote all the best facts down, and then repeated the same process: highlighted what mattered most to me, what I thought that I could work with.

By this point, with all this writing and transcribing, I had basically absorbed the facts. I had them memorized to a point that they felt like they were part of my own history, or at least part of a dream I could recall. In this way, when I sat down to write the diary, I truly felt like I could write it in “real time” because the things that happened were inside of me, not outside of me, any more.

Finding the right blend of fact and fiction was important. It was crucial to me that a reader could enjoy Costalegre without having any knowledge of art history or of the Guggenheim’s heritage. Ultimately this is a story about a daughter yearning for her mother’s love, and most people can relate to that. 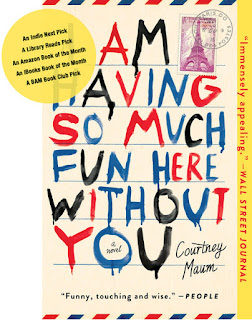 If you want to come to Costalegre with references, you can certainly can—and you might have fun trying to figure out who is who and what is what. Someone recently told me that they hated my depiction of Jackson Pollock—he isn’t in the book!

This being said, my goal with Costalegre wasn’t to make it a game of Where’s-the-Surrealist. The artists who are in the book—if they actually existed—are there in specific percentages for specific reasons. The way in which their art responded to war and other conflicts is important—me including them is a kind of homage and a reminder that art matters, and that artists matter, too.

Q: What do you think the novel says about the role of artists during the pre-World War II period?

A: I’d actually start with the role of artists during pre-World I, because the character of Jack was a war artist—he was actually sent to the front lines to paint what was happening there. It’s incredible to think about, isn’t it? These men on the front lines, next to the trenches, with their oil paints which take so long to dry, with their scalpels, all their fragile art equipment in the middle of a war?

And what started happening was that some of the big war artists like Paul Nash, who was an inspiration to me, were coming home with work that was too upsetting to be shared. So the government officials start asking them to tone it down—don’t depict dead bodies, don’t depict dead livestock. The war art became propaganda of a certain kind, you know?

And I do think that this is how some artists dipped their toes into abstraction and surrealism. Because of the restrictions on what he could portray, Paul Nash started to communicate the horror of what he was seeing through the depiction of his trees.

In his war art, Nash’s trees are burnt, gnarled, warped, they’re terrifying, they carry a lot of emotion.

In Costalegre, the character of Jack goes through a similar metamorphosis—once he is forbidden from painting war realistically, this frees him to explore darker and stranger tools. The creative arts are very important vehicles for the communication of what war actually looks like, feels like, and means. The response of the artistic community to both wars—before and after both wars—this is some of the most influential and important art that has yet to be produced. 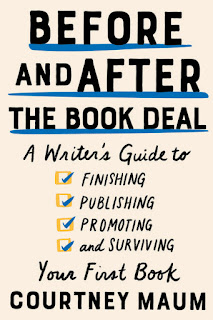 A: I’m working on a braided memoir about mental illness and equine therapy, and I have a guidebook coming out in January of 2020 that is for sale now: Before and After the Book Deal: A Writer’s Guide to Finishing, Publishing, Promoting and Surviving Your First Book.

A: I do find it helpful to say that if anyone enjoyed Costalegre (or any of my other books), that leaving a positive review on Goodreads and Amazon goes a tremendously long way toward getting the book in question into the right reader’s hands. It takes a few minutes to do, that’s true. But you’ll gain a grateful writer for life!

--Interview with Deborah Kalb. Here's a previous Q&A with Courtney Maum.
Posted by Deborah Kalb at 7:57 AM