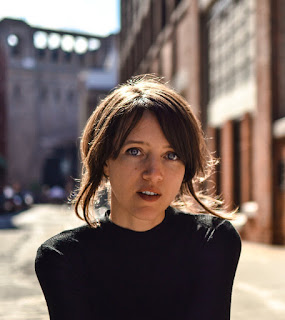 Tyler Wetherall is the author of the new book No Way Home: A Memoir of Life on the Run. It details her life as the daughter of a fugitive hiding from the FBI. Her work has appeared in a variety of publications, including The Guardian and The Brooklyn Magazine. She lives in London and New York.

Q: You note that you’ve been working on this book for many years, and that it took different forms. What initially made you want to write about your family, and how did you decide on a memoir in the end?

A: My dad wanted to find a ghostwriter to write his story. I was working as a magazine journalist in London, and I didn’t want anyone else to write our story. All those years he was in prison, he was writing a manuscript, and he would send me chapters to read…

He was keen as well, and I quit my job in London and moved to Los Angeles. I interviewed him every day. It was a special time for us both. I was only 24 then, and thought I could write this in a year. Then you realize you don’t know how to write a book.

I realized that telling his story almost made me feel angry at him again, and that we’ve heard the story of the male kingpin whose wife and children [were sidelined]. I wanted to tell [that less-told aspect of] the story.

I was trying to recreate scenes from the 1970s and I didn’t have the experience [to do that]. I started writing what I could remember. I wrote it as a novel. It seemed an impossibility to do it as a memoir. I got an Arts Council grant and could take a half a year off to write full time, and I finished the novel. 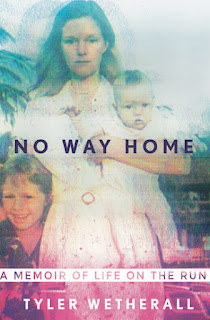 It just didn’t work. People would say, It sounds like a memoir, if this is true then why are you calling it a novel? I realized I was calling it a novel to keep my story at arm’s length. That was based on being scared, the same as when I was a child.

I started playing around with it being a memoir. I realized the problems with the novel would be solved if I wrote it as a memoir, and I wrote it in a year. I wrote three books in the space of eight years!

Q: What do you think you learned, both about your family and yourself, from writing the book?

A: It’s difficult. It changes with whatever moment you’re in. What I’ve taken away from it most strongly is the idea that the past is a choice we make. How we tell our story is a choice.

My relationship to my past has changed. I chose to see my story as redemptive, to see my parents’ actions as out of a deep love for us. I understand it that way—in choosing the narrative, it’s changing my relationship with my past. That’s been really interesting. You can tell a story negatively or positively.

About my family, so much. My mum’s about to turn 70 and my dad’s 74. Our time with these people is short. I’m gratified that I got to learn their stories. I want to learn as much as I can from them. That’s still far from knowing them because people are so deeply complex.

Q: In the book, you describe many difficult experiences. How hard was it to write about them? Was it cathartic at all?

A: It definitely wasn’t cathartic at the time. I feel very resolved about it now. It was very difficult to write. Some scenes left me physically shaking. It was an emotional reaction I hadn’t yet acknowledged.

Writing it as a memoir was a lot harder. I had taken the distance away from myself and the protagonist. It’s terrifying putting yourself on the page.

The hardest thing was that I struggled most deeply with a sense of responsibility with the people implicated, who I’ve written about, and the fear of causing pain. It plagued me through the whole thing. That’s the hard part of memoir writing.

Q: That leads to the next thing I was going to ask: What do your family members think of the book?

A: I have an incredibly loving family and I feel very grateful. I think it was very difficult for my parents to read. My actual lived childhood was a happy one. I had abundant joys, parents who loved and nurtured me, but the book strings together our most painful times. For my parents, it read like a bombardment of the worst of times.

All the way through, they championed me, and talked for hours to me about the past, for eight years. My brother and sister read multiple drafts, and have been incredibly supportive. Everybody cries at the end.

A: I’ve been working on a novel simultaneously. Whenever the memoir became intense, I went back to that. I hope to have a draft by the end of the summer. It’s so much fun to be writing fiction and be free from the issues of responsibility to anyone but yourself.

And I’m working on a screenplay as well. It’s fun to be in other areas. And I’m a journalist and a teacher.