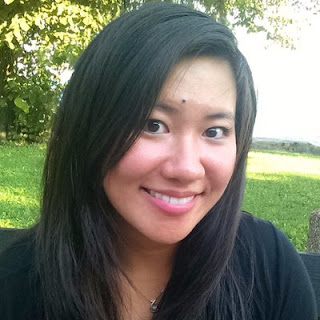 Gloria Chao is the author of the new young adult novel American Panda. She has worked as a dentist, and she's based in Chicago.

Q: How did you come up with the idea for American Panda, and for your main character, Mei?

A: I wanted to write the book I needed as a teen, and a book that would help Asian Americans feels seen. I hoped American Panda would show readers that they aren’t alone, that it’s okay to not feel wholly one thing or another, and that cultural gaps can be difficult.

For Mei, I wanted a conflicted, awkward teen struggling with her identity, and who loved her parents and culture even though she also had a hard time with them. She needed to be someone who was relatable to many in feeling out of place, but also specific enough to show a window into another experience.

A: When I set out to write this novel, I knew each character’s arc and how things would and wouldn’t be resolved at the end. My goal was always to write a realistic but hopeful ending that reflected my life experiences and the experiences of friends and family.

Q: How does your previous career as a dentist inform your writing?

A: I am inspired by the YA POC authors who unapologetically write their stories despite the extra hurdles they have to face to get them published.

There are too many to list, but just to name a few, I’m inspired by Angie Thomas, Zoraida Córdova, Adam Silvera, Jenny Han, Cindy Pon, and Ellen Oh. Also, Becky Albertalli’s Simon vs. the Homo Sapiens Agenda and Nicola Yoon’s The Sun Is Also a Star have such fabulous voices that inspired my writing.

A: Misaligned will be released fall 2019 with Simon Pulse, and the book follows a teen outcast, Ali, who is the only Asian in her small, predominantly white Midwestern town.

The book explores racism and prejudice, and when another Asian family moves to town, everyone believes Ali and the other Chinese boy belong together. Despite her initial resistance, she begins falling for him, the one who understands her in a way no one else can, only to learn that her mother forbids them from being together.

As Ali searches for the reasoning behind her mother’s disapproval, she unearths dark family secrets that threaten her future.

A: Keep writing, everyone! Dreams do come true, and I’m proof that you don’t need to know people in the business, have an MFA, or grow up knowing you wanted to be a writer. If you love it, it’s worth the rejection and the time. You got this!