Perle Besserman is the author of the new novel The Kabbalah Master. Her other books include The New Kabbalah for Women and Grassroots Zen, and her work has appeared in a variety of publications, including Agni and The Southern Humanities Review.

Q: How did you come up with the idea for The Kabbalah Master, and for your character Sharon?

A: I spent several years writing nonfiction books about mystical traditions from around the world and studying the Kabbalah with scholars like Gershom Scholem and rabbis like Aryeh Kaplan.

So, after experiencing, first-hand, the emerging pop culture phenomenon featuring self-styled, charismatic Kabbalists and celebrity followers like Madonna, I could hardly resist putting this colorful cast of characters into a novel.

Corresponding to the women's lib movement, Western interest in spiritual traditions like the Kabbalah, Buddhism, Hinduism, and Sufism were all the rage--thanks to the Beatles, hippies, and mind-altering drugs.

Interestingly, like the other traditional Asian meditation practices that had been introduced to the West in the ‘60s, ‘70s, and ‘80s, the Kabbalah, too, had been closed to women. But once these practices had been appropriated and reinterpreted by Americans and Europeans, women seekers became actively engaged followers of the almost entirely male cohort of spiritual "masters." 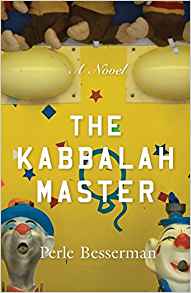 Sharon is a composite of many of the women I encountered (and a little bit of myself) whose dreams of enlightenment too often drove them to "surrender their egos" to these powerful men.

Q: You've said that you see a connection between the novel, set in 1972, and today's women's movement. What do you see as some of the similarities?

A: The ‘70s saw the rise of Second Wave Feminism--a truly radical reinterpretation of women's sexuality, characterized by the enormous popularity of such manuals as Our Bodies, Ourselves, the demand for reproductive rights, and symbolic bra-burning street demonstrations.

Then, too, women were questioning the patriarchal hierarchy that determined their roles as “objects”--in politics, at work, in the home. Like today's women's movement, feminists fearlessly spoke up about rape and abuses stemming from the power differential between men and women.

On campuses, they marched to "take back the night," at the workplace, they formed unions and fought for equal pay. Women writer/activists like Grace Paley and lesbian poet Adrienne Rich modeled new forms of female "agency," rejecting traditional roles as wives and mothers who depended on men to shape their images of themselves under "the male gaze."

The women's movement in the ‘70s is very much part of my novel, as Sharon and her sister Arleen struggle to express themselves beyond the example of their mother Pinnie, who is also searching, in her own way, to liberate herself from the social constraints of her male-dominated "silent generation." All three confront the same male abuse of power that women are struggling with today. 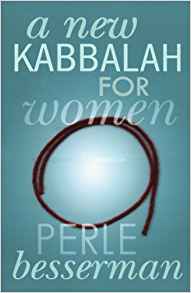 Q: You've written about the Kabbalah in other books. What do you think this novel says about it?

A: All my previous books are nonfictional, historical accounts of principles and schools led by major Kabbalists from ancient times to the present.

Focusing on the biographical, social, and religious contexts of innovators as different, and sometimes as controversial, as Rabbi Simeon bar Yohai, in 1st-century Yavneh, or Abraham Abulafia, in 16th-century Spain, or the 18th-century founder of Hasidism, the Baal Shem Tov, in Galicia, I unpack the often deliberately opaque complexities of the Kabbalah so that readers can make sense of spiritual practices that at first present themselves as impenetrable.

My book A New Kabbalah for Women draws on the ancient myths of the Hebrew goddess that underlie the hidden female aspects of the Kabbalah and suggests returning to a more woman-centered approach to the practice.

As a novel, The Kabbalah Master takes imaginative liberties with Kabbalah as a spiritual practice by weaving its historical, symbolic, and lesser-known comic elements into a contemporary personal and emotional drama that today's reader can relate to and enjoy. 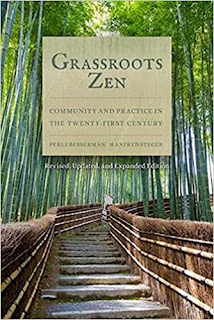 A: I don't usually know how my novels and stories end, because I generally let them take me along with them as they go. The characters and situations appear on the stage of my imagination, and I don't interfere with what's going on, whether in the action or dialogue, until after the book is written and I'm "outside" looking in with a critical eye.

Only then will I revise, but rarely in a major way. By the time the end of The Kabbalah Master approached, every detail--the setting, the light, the background sounds and smells, the characters and their actions--was in place.

A: I've been working on two books --The Infamous Doctor Dee, a novel about Queen Elizabeth the First's astrologer/scientist/spy updated to the 20th century that takes place in New York and Europe; and Fay's Men, a novel of linked stories about a dancer and yoga teacher who travels the world in search of a spiritual teacher, and finds him in a Japanese Zen master whose samurai treatment drives her to commit herself to a psychiatric ward but ultimately reveals what she's been looking for on a beach in Hawai'i.

Several excerpts from both novels have been published in a variety of national and international literary magazines.

A: My husband and I travel extensively; of late, we've been dividing our time between Honolulu, Hawai'i, and Melbourne, Australia. The opportunities for dipping into the literary life of places and cultures different from my own have immensely influenced my work, my reading, and my life.